Lionel Messi is conflicted over whether to return to Barcelona next summer, according to reports. Joan Laporta has insisted he will do everything in his power to bring the Paris Saint-Germain forward back to the Nou Camp. But a fairytale ending to his career isn’t necessarily guaranteed.

Messi spent a glittering 17 years in the Barcelona first team, scoring a remarkable 670 goals from 776 appearances throughout his time in Catalonia.

But he was forced into leaving the Nou Camp 12 months ago, with the La Liga giants needing to get him off the wage bill in order to balance their finances.

Since then, however, Barcelona have proceeded to strengthen their squad by bringing in the likes of Pierre-Emerick Aubameyang, Ferran Torres, Robert Lewandowski and others.

Yet Laporta has been talking about Messi potentially coming back to finish his career at his favourite club.

And, now, Sport say the 35-year-old is conflicted.

On one hand, he’d be able to say a proper goodbye to Barcelona supporters – having been denied that opportunity at the time of his exit.

Messi would be returning to his favourite city of them all, while his family would be able to live in an environment where they’re comfortable and have plenty of friends.

But then there’s also the agonising manner of his departure, something he can’t get over.

Messi was forced to leave Barcelona against his will, despite even offering to stay at the club and play for free.

The veteran would also have to mend his fractured relationship with Laporta, though the duo did previously get on behind the scenes.

Messi is also aware that some of his old team-mates would be against his return, especially given how they’re planning for a brighter future rather than focusing on the past.

And he feels people within the Barcelona board would also block such a transfer happening next summer.

For now, Messi is patient.

He’s relaxed about his future and is prioritising PSG and the upcoming World Cup in Qatar as he looks to finish his career at the very top of his game.

So it’ll be interesting to see what happens, especially with Barcelona now having so many forwards on their books.

They’re eager to jettison Memphis Depay, who was signed by Ronald Koeman last summer during the Dutchman’s stint in the dugout. 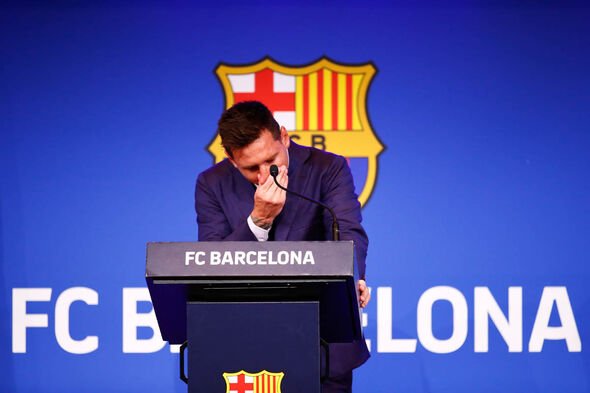 Yet the forward doesn’t want to go, amid links to the likes of Manchester United and Tottenham arising in recent days.

Laporta said on Friday that he would do everything in his power to ensure Messi wears the club’s famous red and blue colours once again.

He said: “I feel indebted to Leo Messi.

“I would like him to end his career in a Barca shirt, and be applauded at all the stadiums.

“I feel partially responsible for how things ended, and I feel that this is a temporary end and that we will make this dream a reality. At least that is the dream.” 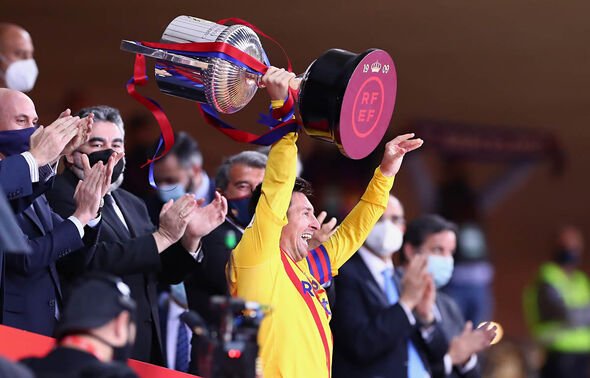 And those comments come after Laporta had previously said: “Messi was everything.

“To Barca, he’s been possibly its greatest player, the most efficient. To me he’s only comparable to Johan Cruyff.

“But it had to happen one day. We had to make a decision as a consequence of what we inherited. The institution is in charge of players, coaches.

“I would hope that the Messi chapter isn’t over.

“I think it’s our responsibility to try to… find a moment to fix that chapter, which is still open and hasn’t closed, so it turns out like it should have, and that it has a more beautiful ending.”