Leon Goretzka has reportedly decided that he would prefer to remain at Bayern Munich this summer, despite being linked with a move to Manchester United.

The midfielder was part of the Germany team that was knocked out of Euro 2020 on Tuesday and speculation that he could depart Bayern has since increased.

Goretzka joined the Bundesliga side from Schalke in 2018 but has just a year remaining on the contract that he signed three years ago.

Man Utd have been rumoured to be interested in signing the 26-year-old and the short period remaining on his Bayern deal could allow Ole Gunnar Solskjaer’s side to buy him at a cut-price.

Solskjaer is believed to want a midfielder this summer, especially if Paul Pogba’s contract saga continues, and will crack on with further transfer plans once Jadon Sancho’s arrival is confirmed.

Pogba, like Goretzka, is about to enter the final 12 months of his contract and new terms are yet to be finalised.

A centre-back partner for Harry Maguire is also expected to be high on the Norwegian’s wish list after seeing his side’s defensive frailties exposed when the England international was absent towards the end of the Premier League campaign.

German outlet Sport1 report that Goretzka would rather stay with Bundesliga champions Bayern and is keen to extend his deal beyond next summer.

United are expected to crack on with their transfer plans once they announce the imminent arrival of Sancho.

The 21-year-old is expected to join the Red Devils from Borussia Dortmund in a huge £80m deal, ending a lengthy transfer saga that has dragged on for over a year.

Solskjaer wants at least two or three signings this summer to bridge the gap between themselves and rivals Manchester City.

He guided United to second-place in the top-flight but they were 12 points adrift of City – who won their third Premier League title in four years.

“Of course, we’re planning as we normally do, that’s an ongoing process,” Solskjaer said after the 2-1 win over Wolves on the final day of the Premier League season. 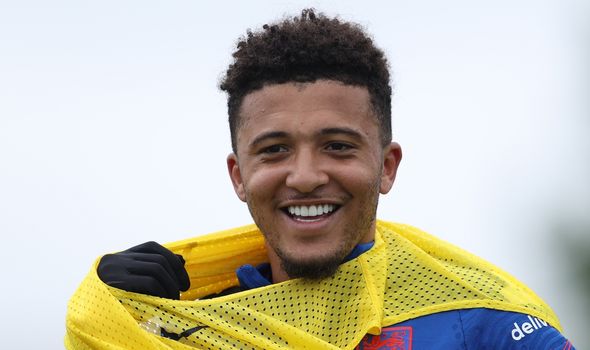 “We’re looking at the squad and I hope we’re going to strengthen with two or three players [who] we definitely need to challenge higher up in the table.

“We’re still too far behind to think it’s just going to come by itself.

“We’ve had a few players on loan that might come back in. There is interest in a few others going out. You want to come out of the transfer window strengthened.

“It’s difficult to say, I can’t see too many outgoings.

“We’re not where we aimed to be. But we’ve got ambitions to move up one place.

“We know we had a difficult start to the season, losing three of the first six games and loads of them were home games, which put pressure on the team.

“The players have been very, very good.”