Leeds United boss Marcelo Bielsa will be looking to extend the club current three-game winning streak in the Championship today when they take on Hull City at the KC Stadium for today’s lunch-time kick-off.

However, Leeds will be without goalkeeper Kiko Casilla, after the Spaniard was issued with an eight-match ban for racism.

The 33-year-old was banned and fined £60,000 after being found guilty of racially abusing Charlton Athletic forward Jonathan Leko during a game in September.

Leeds released a statement responding to the suspension, saying the club “do not tolerate any form of discrimination”, while it also added that it is “important to recognise” that Casilla “has always denied making any racist comment”.

The Yorkshire club feels that the FA panel “have based their decision on the balance of probability rather than proving Kiko to be guilty beyond reasonable doubt, which we have always believed is the more appropriate burden of proof.”

This leaves Bielsa with a decision as which young goalkeeper will take Casilla’s place in between the sticks.

It is expected that 19-year-old Illan Meslier, who is on a season-long loan from Ligue Two side FC Lorient, will be in the starting line-up, despite the club having signed 18-year-old, Elia Caprile, from Italian side Chievo Verona in the January window.

Bielsa isn’t expected to make many other changes to team which beat Middlesbrough 1-0 on Wednesday, although Kalvin Phillips is in contention to be back in the starting XI.

And while the Argentine admitted the defensive midfielder was close to starting against Boro, he has ruled out Jean-Kevin Augustin featuring against Hull, as the striker is sidelined with a hamstring injury.

With Meslier in goal, Bielsa is expected to put Liam Cooper and Ben White ahead of him in central defence.

Stuart Dallas will keep his place at left-back, with Luke Ayling on the opposite flank.

Phillips is likely to take up his position in front of the back four, with Pablo Hernandez and Marco Klich in central midfield.

Jack Harrison is expected to start on the left flank, with Helder Costa on the right. 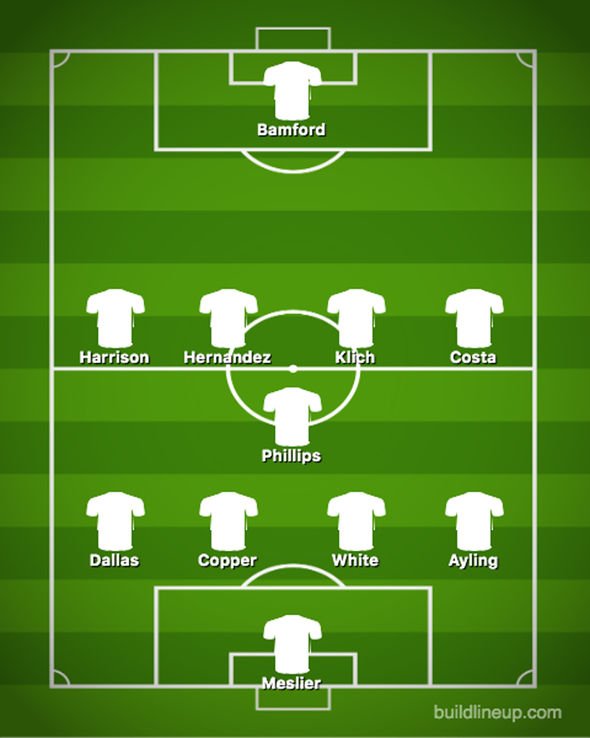 And due to Augustin’s injury Patrick Bamford will retain his position up front.

Hull come into the clash on a 10-game winless streak and the Tigers have failed to score in their last two home league games against the Whites.

Leeds, who are currently second in the table, will be looking to secure a win and keep the pressure on Championship leaders West Brom, who are four points clear of the Yorkshire club.

Meanwhile, Hull are currently 17th in the table and will be looking to stop their fall down the Championship as they are currently only four points above the relegation zone.