There was a balance to Norman Hunter as a footballer. He brought pain to opponents and joy to Leeds United fans in equal measure. It was once reported to Don Revie’s assistant Les Cocker that an injured Hunter had broken a leg. The coach supposedly replied: “Whose it it?”

As a personification of the ruthless Leeds side of the Revie era, the ferocious ‘Bites Yer Legs’ image of fist fights and fouls, was perfect; yet as a man Hunter was wonderfully warm company.

For many years after his retirement he remained a respected and much-loved figure around Elland Road as an analyst for Radio Leeds.

His death on Friday, at 76, after contracting coronavirus, will hang heavily over the club.

Originally from Gateshead, Hunter came to Leeds as a 15-year-old after choosing football over an apprenticeship as an electrical fitter. 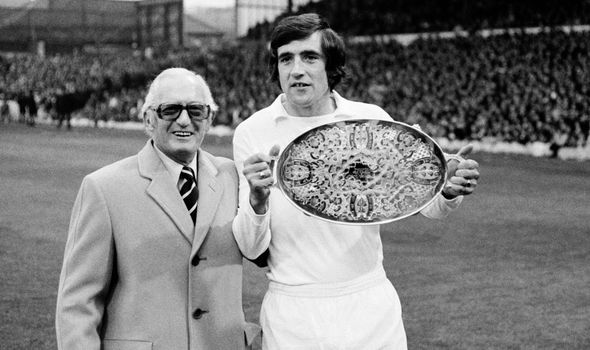 He made his debut in 1962 and went on to play 726 games over 15 years during an era when Leeds became the most powerful force in the country. The ‘dirty’ tag they were tarred with a badge of disrepute pinned to an uncompromising side but one worn with some pride in their home city.

Hunter was a granite block on which the side was built alongside Jack Charlton in the middle of an intimidating defensive unit.

In an era when defenders defended, he was an unflinching competitor whose tackling put the fear of God into opposition strikers.

The punch-up with Derby’s Francis Lee, which saw both men sent off, would have been a better fit for the boxing ring than the Baseball Ground and was a classic of its genre. 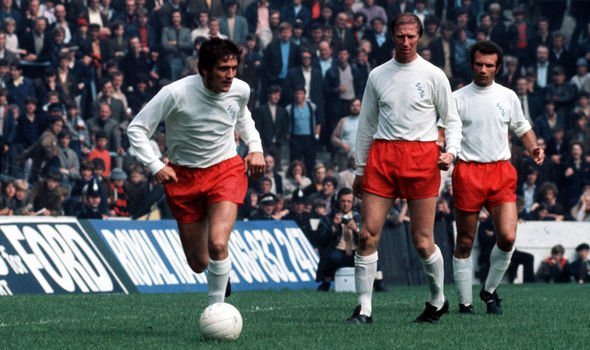 It spoke of a player genetically programmed not to take a backward step and Hunter was also sent off in the closing stages of the 1-0 defeat to AC Milan in the 1973 Cup Winners’ Cup final in Thessaloniki.

If his reputation preceded him – and prompted the ‘Norman Bites Yer Legs’ banner paraded at Wembley ahead of the 1972 FA Cup final, he could play too.

In the merciless taunting of Southampton that same season, his sweeping left-footed passes featured heavily as Revie’s side toyed with the humiliated Saints with a cruel exhibition of keep-ball in the closing stages of a 7-0 win.

In another era Hunter would have won more than 28 caps for England but it was his misfortune to play in the shadow of Bobby Moore. 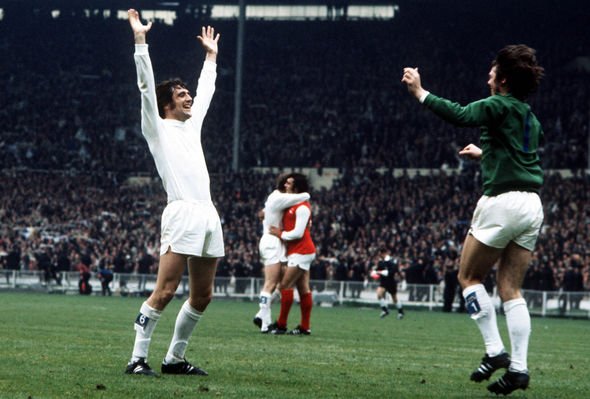 He was an unused member of the 1966 World Cup-winning squad – he only received a medal in 2007 – and only featured off the bench for nine minutes in the 1970 finals.

Handed a start for the 1974 World Cup qualifier against Poland, he uncharacteristically missed a tackle in the build-up to Jan Domarski’s goal which ended up putting England out after a calamitous home draw.

The image of a broken Hunter trooping off the field at Wembley at the final whistle summed up a failure which cost Sir Alf Ramsey his job.

The success for Hunter came at Leeds. Although he also played more than 100 games for Bristol City and Barnsley – where he later tried his hand at management – Elland Road was his playground.

He won two First Division titles, two Inter City Fairs Cups in Europe, an FA Cup and a League Cup and should probably have won more. The 1971 league title slipped through Leeds’ fingers after a disputed offside decision in a costly home loss to West Brom.

That defeat came on April 17. Forty-nine years later to the day, a Leeds legend lost his final battle.