Leeds 1-0 Watford: Diego Llorente strikes to hand Marcelo Bielsa’s side their first victory of the season to avoid unwanted club record of going first seven games without a win

Llorente, returning from a hamstring injury, scored acrobatically in the first half and Leeds should have won by more as they registered 19 shots on goal.

Victory helped them climb out of the bottom three and they keep their proud record of never having gone seven games without a win at the start of season. 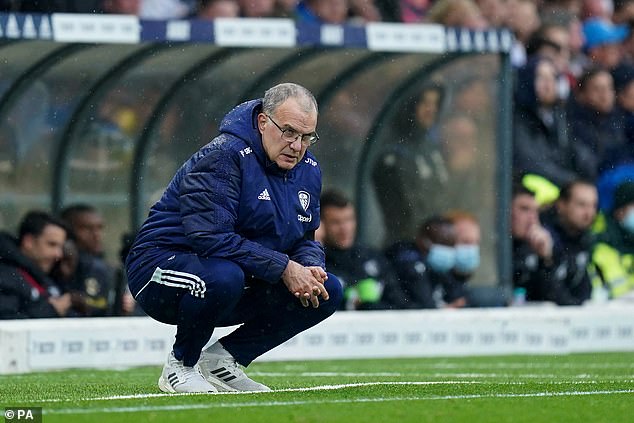 This was more like the Bielsaball Leeds that thrilled fans up and down the country last season.

Though key men Patrick Bamford and Luke Ayling were still missing, Raphinha was in mesmerising form and Stuart Dallas made numerous bursts into the penalty area from midfield.

As for newly-promoted Watford, they barely threatened as they were beaten at Elland Road for the first time since 2009 though goalkeeper Illan Meslier had a let-off after a blunder midway through the second period.

In driving Yorkshire rain, Raphinha and Dan James had shots blocked as the home side penned Watford back from the opening whistle.

Dallas went even closer when he surged forward and hit a left-footed strike that Ben Foster blocked with his legs.

The Leeds pressure quickly told though the breakthrough after 18 minutes had a comical element to it.

Raphinha’s corner to the far post was inexplicably nodded back into the penalty area by Juraj Kucka and Llorente stuck out a leg to hook the ball in from close range – with his follow-through seeing him pirouette in the opposition direction like a contestant on Strictly Come Dancing.

It was only the Spaniard’s second goal for the club and very welcome with the roar of relief heard across the city.

Leeds went for the jugular without success. Daniel James had a penalty shout turned down with the crowd turning on referee Simon Hooper when it appeared the winger had been barged over by William Troost-Ekong. 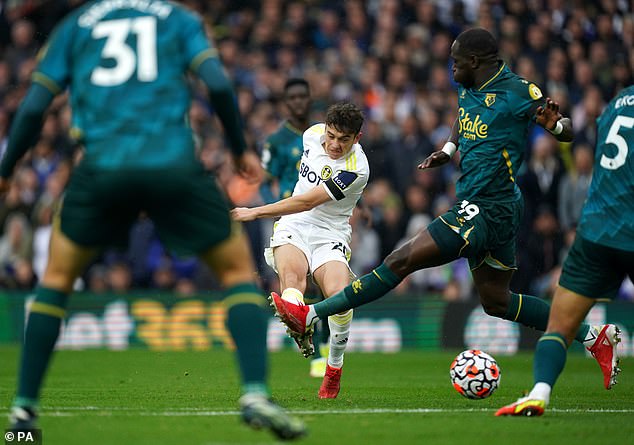 Dallas had another shot charged down and after 25 minutes, a dangerous cross by James was within a whisker of being turned in by Rodrigo.

A gorgeous 40-yard pass from Raphinha dropped onto the foot of Rodrigo. He unselfishly tried to tee up Dallas rather than go for goal and the chance was lost.

Watford belatedly won their first corner after 37 minutes but wasted it by striking it low into Leeds bodies to clear.

Xisco Munoz was forced into a reshuffle shortly before half-time when striker Josh King hobbled off to be replaced by Ken Sema. 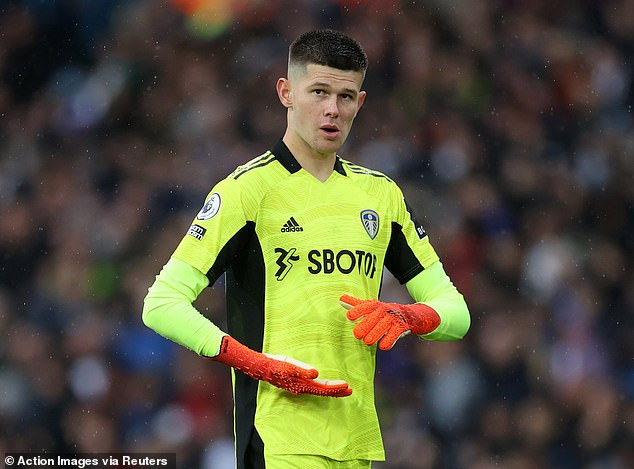 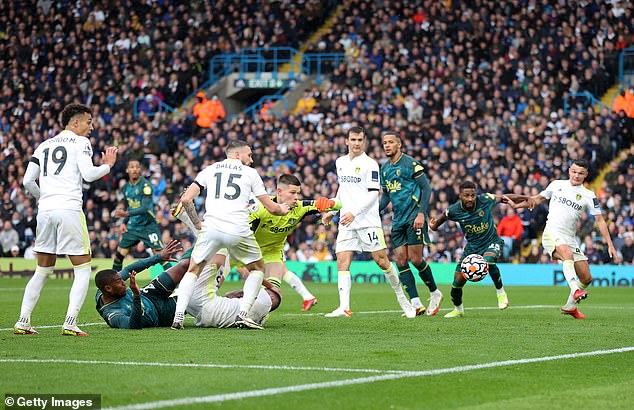 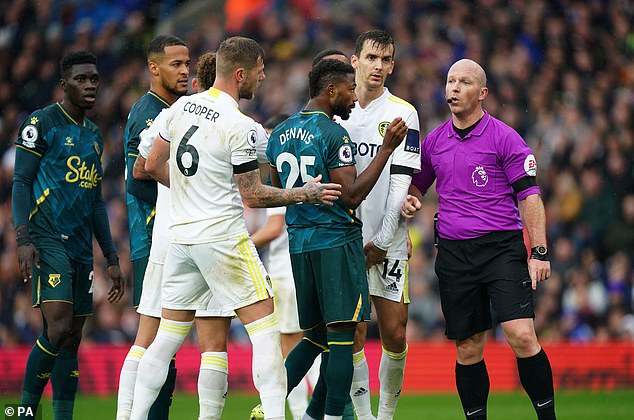 Leeds were anxious for that second goal at the start of the second half. The energetic Dallas again broke forward and it needed an excellent block from Troost-Ekong to deny him.

Kiko Femenia became the game’s first booked by grabbing James around the waist as the speedster threatened to get away.

Watford’s golden chance came and went when Meslier dropped a corner and the ball bounced onto the head of his defender Liam Cooper and rolled into an empty net. 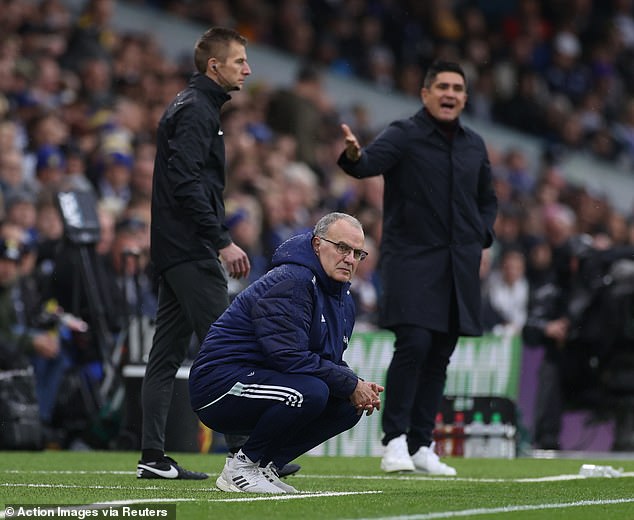 As the visitors celebrated what would have been an undeserved equaliser, it was ruled out with Christian Kabasele judged to have fouled the Leeds captain before the ball struck him.

Watford’s players clearly viewed it as a controversial decision but on the balance of play, the best team won.

Leeds almost added a second right at the end when substitute Tyler Roberts had an effort cleared off the line by Kucka and then hit the crossbar with the rebound. 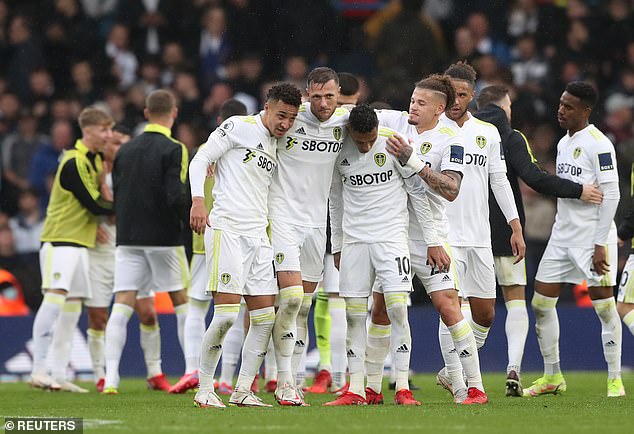