Frank Lampard is happy with his options at full-back for Chelsea’s trip to Arsenal if Ben Chilwell is ruled out of the Boxing Day clash.

The defender was replaced after nine minutes of Monday’s 3-0 win over West Ham with an ankle injury following a collision with Jarrod Bowen.

It means the former Leicester left-back is a doubt for the Blues’ second London derby in a row and adds to Lampard’s problems in that area. 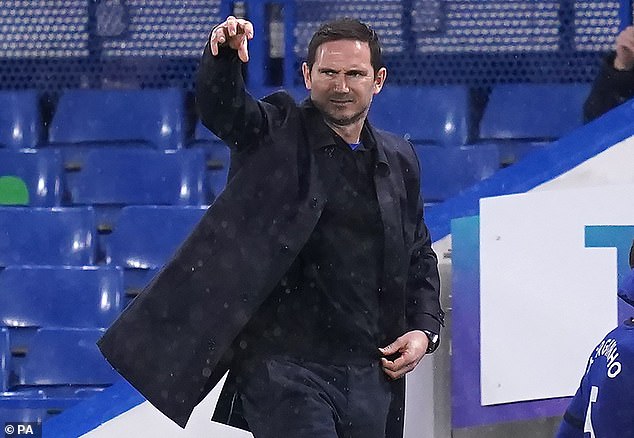 Reece James was absent for the victory against the Hammers with a knee injury, but Cesar Azpilicueta deputised to good effect and Emerson Palmieri produced a solid display when summoned from the bench early on at Stamford Bridge.

‘A slight difference in attributes can change things to a degree but I don’t expect too much because they are accomplished players,’ Lampard said.

‘The captain of the club, Azpi, did brilliantly (against West Ham) in all senses of his game, particularly the defensive side which was so important in the way they play.

‘Emer did well as well. When we train we work inclusively as a whole squad and know the movements we want to make. We’ll prepare for Arsenal and onwards with our attacking plan.

‘We want to attack with our full-backs, they know that. Reece and Chilly have been doing really well, we hope their injuries are not that bad and they will be in and around the games over Christmas, so we’ll see.

‘But I was pleased with the two lads, they were comfortable.’

Chilwell is set for a scan on Tuesday to determine the extent of the injury which ensured his 24th birthday ended on a sour note.

It is the latest issue for the full-back since his summer switch, with a heel problem initially delaying his league debut for his new club.

After the game, the defender provided a brief update on Twitter. He said: ‘Back to winning ways. Hopefully injury is not so bad.’

Boss Lampard was unsure of the severity but conceded the quick turnaround would make it hard for the England international to return in time to feature at the Emirates this weekend.

He added: ‘I expect he’ll be doubtful for Arsenal. He turned his ankle and tried to carry on but it was too painful. We’ll have a scan on Tuesday to try and see how bad the injury is.’ 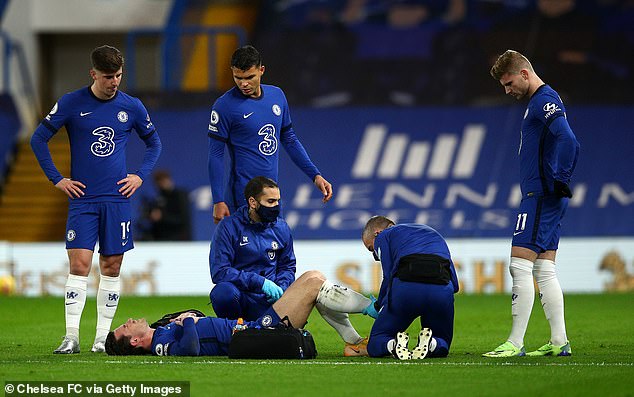 Winger Hakim Ziyech also missed Monday’s game as he continues to recover from a hamstring injury, but Callum Hudson-Odoi was among the substitutes after a spell out with a similar issue.

Despite a three-goal loss, West Ham had plenty of bright moments against the west Londoners and Bowen was denied a goal when he was adjudged to have fouled Thiago Silva in the 30th minute.

It would have levelled proceedings and potentially changed the course of the game, but the hosts defended strongly afterwards and wrapped up the points with Tammy Abraham hitting a brace.

Bowen said: ‘I feel at 1-0 we were massively in the game and we just needed a goal, but it didn’t come. Then they went up the other end and scored two really quickly which put the game to bed.

‘Fair play to them, they’re a really good team and we want to be challenging up against these top teams and after the performances we’ve put in this season, there’s no reason why we can’t.’

Related posts:
Previous Post: Arsenal expected XI for Carabao Cup clash with Man City as squad is confirmed
Next Post: Why Arsenal are sticking with Mikel Arteta when they sacked Unai Emery