Kyril Louis-Dreyfus is on the brink of being confirmed as the new owner of League One Sunderland.

The 23-year-old, who is the heir to the multi-billion pound Louis-Dreyfus Group, looks set to complete his takeover in the imminent future, with the EFL going over the final stages of their fits and proper persons test.

Further evidence of the immediacy of the change at the club was evident in the stands at Shrewsbury Town this week, when Louis-Dreyfus took his seat in the stands to witness first-hand the task he has undertaken.

Sunderland lost 2-1, a result that sees them sat in seventh, outside the play-off places and two points off sixth.

And after the game, Lee Johnson revealed he has spoken to his prospective new boss.

Speaking on Tuesday night to Sky Sports, manager Lee Johnson said: ‘I have been in contact with him [Louis-Dreyfus] since it became publicly known. I am really looking forward to working with him.

‘It’s what the club needs – it will give everybody a boost. The quicker they can get the takeover over the line, the better.’ 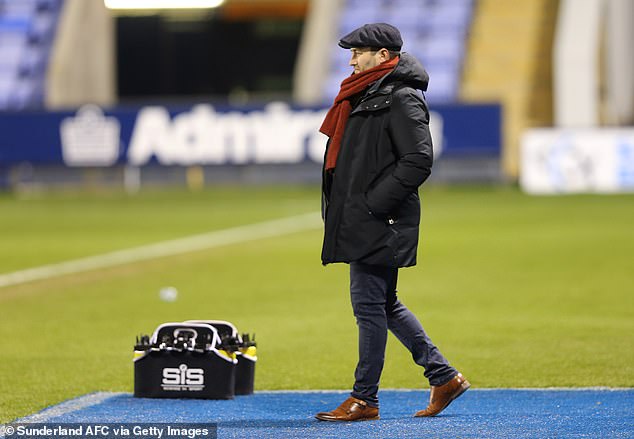 Louis-Dreyfus first made his bid to land the club public back in December.

Speaking on Christmas Eve, the son of former Marseille owner Robert Louis-Dreyfus said: ‘In acquiring Sunderland, I understand the responsibility that’s placed upon me as the custodian of the club’s future.

‘We want to create a team that is entertaining to watch… reconnecting the team with its fanbase, whose support will be so vital to our success.

‘We are in the midst of a global pandemic but if we all play our part I firmly believe we can restore Sunderland to the top tier of English football and I can’t wait to get started.’ 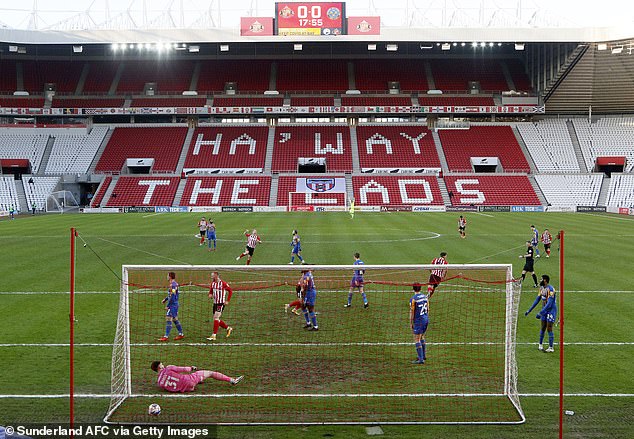 Sunderland are currently sat in seventh in League One, two points outside the play-off places