Kevin De Bruyne has labelled Robert Lewandowski as the favourite to win the Ballon d’Or.

The midfielder is one of five Manchester City stars to make the 30-man shortlist after winning the Premier League and reaching a first Champions League final.

De Bruyne believes the Bayern Munich striker deserves to take the crown away from Lionel Messi, who received his seventh prize in 2019. 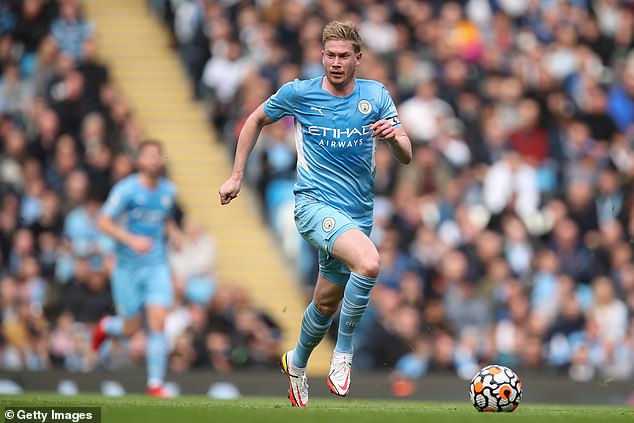 ‘I think if I have to choose I am going to look at a two-year period,’ De Bruyne said. ‘I would choose Lewandowski for what he has done, scored a lot of goals and won a lot with Bayern.’

Raheem Sterling is among those to have won nominations but has seen his starts heavily reduced by Pep Guardiola over the last six months.

Sterling vocalised his disappointment at the situation last week before starting Saturday’s 2-0 win over Burnley as a central striker.

De Bruyne does have sympathy for the 26-year-old. ‘Obviously rotation is important because playing four competitions is a tough ask but I understand the frustration,’ De Bruyne added. 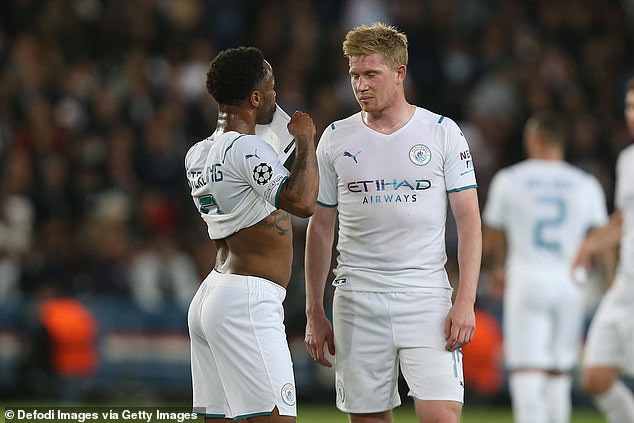 ‘Some players need more rhythm and maybe Raz needs that more. I need that also. Sometimes it is tough to play one game in one game out, but the manager has to make choices. It is very hard. We have a group of 22-23 internationals who are unbelievable.’

Gabriel Jesus and Ederson are back available for City’s Champions League tie at Club Brugge on Tuesday night after the international break.

City decided to fly the pair straight to Belgium on Friday in order to prevent the need to quarantine in Manchester. 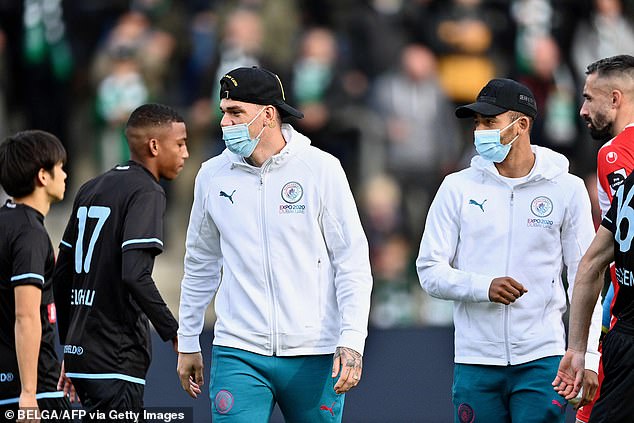 ‘They have been with us for years so don’t need special things to be ready,’ Guardiola said. ‘I’m pretty sure they’ll feel good. They trained one or two days in Belgium with our physical trainers and Richard (Wright).’

Defeat at Paris Saint-Germain last month means City are a point behind Brugge in the group stage and victory would make qualification to the knockout stages look a more comfortable task.

‘They are a top side, physical, they know what to do, they are incredibly aggressive,’ Guardiola said. ‘Lots of quality upfront. We try to win, have a plan, mentality will be the same. Adjust, the way we play, let them adjust. Control the game and try to get a result.’