Anderlecht star Marco Kana, labelled the ‘next Vincent Kompany’, reveals move to LIVERPOOL would be dream transfer… with Southampton ‘keen on signing’ 18-year-old Belgian centre back

Anderlecht starlet Marco Kana has admitted a move to Liverpool would be his dream transfer move, despite playing under former Manchester City captain Vincent Kompany.

The 18-year-old centre back, who made his senior debut for the Belgian side in 2019, has been touted in some quarters as ‘the next Kompany’, with Kana himself describing comparisons as ‘very flattering’.

But despite his manager’s close associations with City, where he enjoyed 11 trophy-laden years, the Belgian Under-21 international revealed that, currently, he would ‘prefer a move to Liverpool.’ 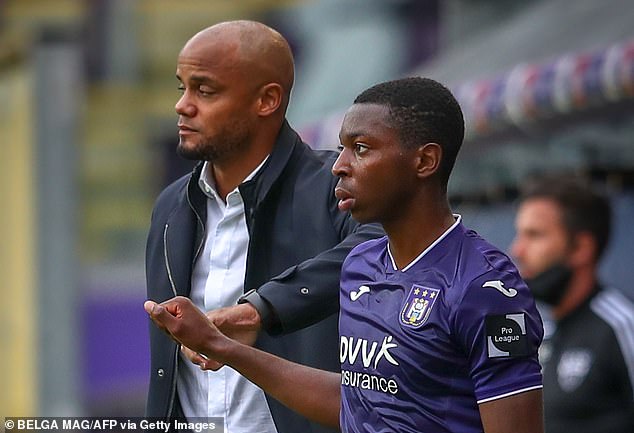 Kana has been compared to Vincent Kompany, his current manager at Belgian side Anderlecht

‘Later, I would first like to play abroad in a top or sub-top club,’ Kana told Belgian outlet Walfoot, as reported in the Liverpool Echo.

‘And then in the best English teams, preferably in the English top five. Currently, I prefer Liverpool. They really dominate everything.’

Southampton were linked with the 18-year-old this week and are reportedly keen on signing the centre back, as the Saints look to maintain their strong start to the season.

Kana was born in the DR Congo but represents Belgium at youth level, where he moved to at a young age. 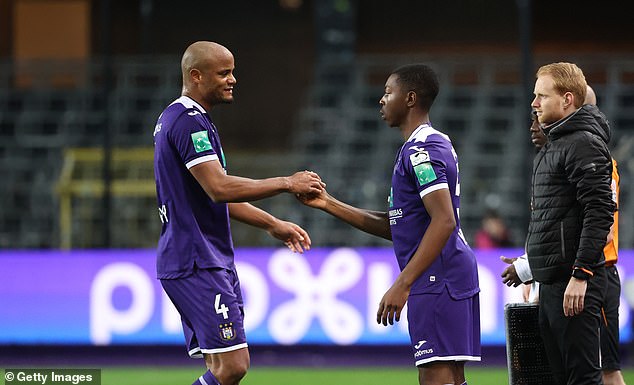 Kana, pictured replacing Kompany in February, has recently been linked with Southampton 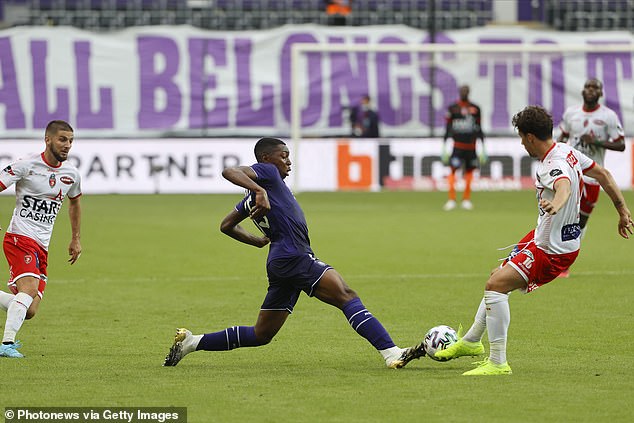 The comparisons with Kompany have been made particularly as he can also play in central midfield.

When Kompany moved to City from Hamburg in 2008 at the age of 22, he originally played in defensive midfield before making the move into the back-line a permanent one.

Kana has made five appearances in the Belgian Pro League so far this season, for an Anderlecht side struggling in seventh place after 13 matches.