Liverpool boss Jurgen Klopp is confident his players will be ready and could perform even better when the Premier League restarts in June as the German coach insisted he is “pretty comfortable” about his preparations.

The Reds are top of the table and have a 25-point gap over second-placed Manchester City.

City will have the opportunity to reduce this when they take on Arsenal, with the first round of games set to take place on June 17 – the other match will see Aston Villa play Sheffield United.

After these matches have been played, all teams in the league will have nine games remaining.

Liverpool are on the verge of winning their first Premier League title but Klopp is not concerned about the short turn around from being able to hold training sessions and matches starting.

JUST IN: Barcelona tell Tottenham they can sign Philippe Coutinho on two conditions

This is because he believes his squad are used to having a short period with all the players training together before a season starts.

“Last year was only one week with the whole team together. It’s different. When we will start I think it will have been like four weeks or so?

“That’s for us, pretty comfortable to be honest. We all have the same situation which I think is fair enough.

“We will try to use that and we will see in the first game, probably against Everton, where we will be.

“But that’s always the same after a preparation and this is a preparation. I was really pleased with the way the players came back, we knew that we did everything to make it as good as possible for them.

“Food-wise, we helped a lot, and training was incredibly busy, to be honest in the lockdown.

“It was not a proper break whatever, but it was a break so in the mental side, when we started dealing properly with the situation in the world and tried to use it for ourselves as a rest, it could give us a lot of energy as well. 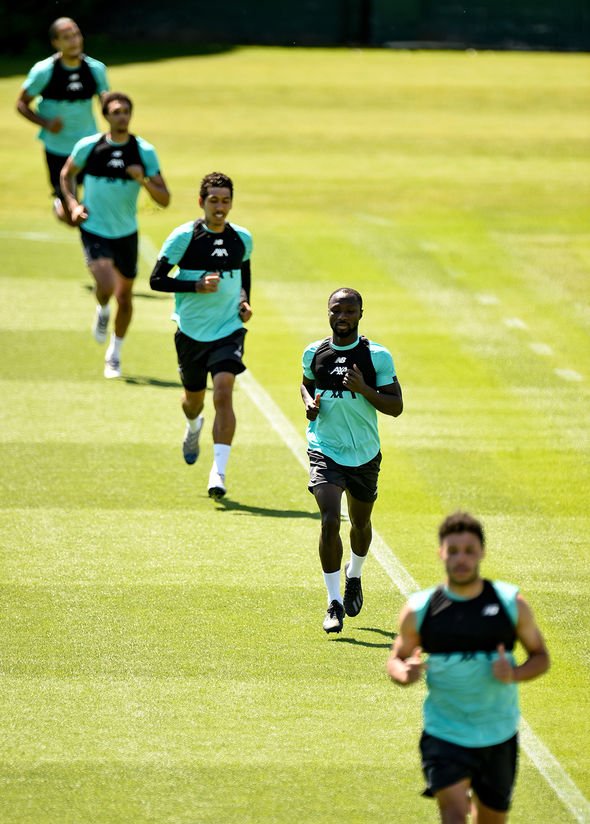 Players had already been training in small groups last week but last Wednesday Premier League clubs have voted unanimously to approve a return to contact training.

And Klopp admitted he has been impressed by his players’ attitude and revealed they are all enjoying being back in training, even if they are without their usual creature comforts.

“Since two days ago, we’ve trained now on the pitch. The boys came back in a fantastic mood, fantastic shape and we are back doing the things we are best in so it’s really good,” Klopp added.

“The weather’s brilliant, the circumstances are different – a little bit like they were during my playing career; no dressing rooms or average dressing rooms.

“We will be ready whenever it will be that we start.”