Liverpool manager Jurgen Klopp believes that his side should be awarded all three points against Manchester United on Monday night if the match is cancelled. Mass protests are expected at Old Trafford on the night, with United fans remonstrating against the Glazer family.

Tensions are growing at the Theatre of Dreams, and United’s woeful start to the season has only stoked the fire. Erik ten Hag has led his new side to two defeats in their opening two matches of the season, with the club failing to attract the top talent that they so greatly require.

But even the arrival of Casemiro from Real Madrid has failed to turn anger away from the Glazers, with many tired of how the club are operating and underperforming. Protests were scattered throughout last season by supporters, and they are set to begin again on Monday.

Last season’s match between United and Liverpool was abandoned due to the protests, and Greater Manchester Police are thought to have formulated a plan to prevent that from being the case this time around. However, if history does repeat itself, Klopp thinks it is only right that his side leaves Old Trafford with the win.

He said: “If it happens again we go home on the bus – but I really hope it doesn’t happen, but if it happens then we should get the points. We have nothing to do with the situation.

“If the supporters want the game not to happen then we can’t just rearrange the game and fit it in somewhere in an incredibly busy schedule. I don’t think it will happen and I hope it doesn’t. I have no idea what could happen, I don’t think about it. 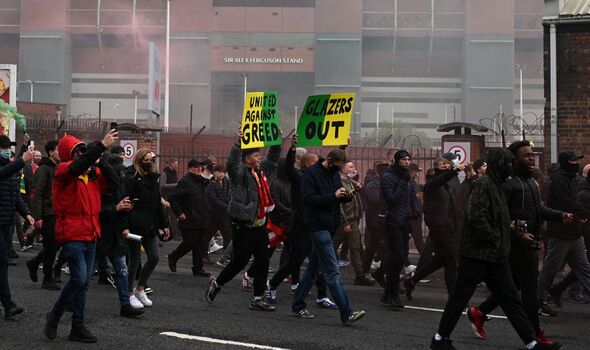 “If they tell us we are fine then we go there to play and then go home. But I really think in a situation like this then the other team should always get the points like we should have last time. They have prepared as we did in that season and have nothing to do with this.”

The protesters are encouraging a large turnout for their peaceful demonstration as they look to prove to the Glazers that they have had enough of their ownership, with ‘The 1958’ fan protest group leading the charge. It has recently emerged that Sir Jim Ratcliffe is keen to purchase United, though it remains to be seen whether the Glazer family are keen to part ways with the club – and if the protests could be a factor in their decision.

Related posts:
Previous Post: Ferrari told Mattia Binotto is ‘not the one’ to blame after recent disasters
Next Post: EXCLUSIVE: Leon Edwards on UFC 278, Usman and his shot at history