Jose Mourinho’s TEN unwanted records at Tottenham: From losing more games in a single campaign than ever before to ZERO shots on target against Bournemouth… and no trophies won for the first time

Jose Mourinho will go down in history as one of football’s most successful coaches, but as he departed Hotspur Way on Monday having been relieved of his duties by Tottenham, he left with a collection of unwanted records.

The three-time Premier League winner succeeded the immensely popular Mauricio Pochettino in November 2019, with Tottenham sat in 14th place and without an away win in the league since January.

The veteran endured a turbulent first season with the club, failing to make the top four after his side fell to a barrage of injuries. But with Gareth Bale returning in what appeared to be a phenomenal summer transfer window for Tottenham, there was renewed hope that Mourinho could take the club forward.

That certainly continued to be the case with Tottenham sat top of the table after 12 Premier League games, and even after slipping to third by early January things were looking good, with the north London club through to the Europa League knockout stages and to the final of the Carabao Cup.

However, Tottenham’s form swiftly declined, and with the club then sat in seventh place and five points off the top four, with reports of unrest among the players, Mourinho was sacked just six days before his first cup final for the club.

Sportsmail takes you through the unwanted records Mourinho left with below.

Mourinho was brought to Tottenham for one reason – to win trophies. The north London club have not won a piece of silverware since the League Cup in 2008, and while they transformed into a regular Champions League outfit under Pochettino, their lack of tangible success remains an issue.

Meanwhile, the Special One had accumulated an astonishing 25 trophies with his previous five clubs – Porto, Inter Milan, Real Madrid, Manchester United and two spells with Chelsea.

Mourinho won trophies with each and every club, even guiding Manchester United to success in the League Cup and the Europa League, despite leaving Old Trafford with a somewhat tarnished reputation.

In fact, only with his first two clubs, Benfica and Leiria – where he took charge of just 31 games between them – has Mourinho failed to win a trophy, and that was before he moved to Porto in 2002.

So, for the first time that Mourinho has been at a club for more than 20 games, he failed to secure a trophy.

Most defeats in a league campaign 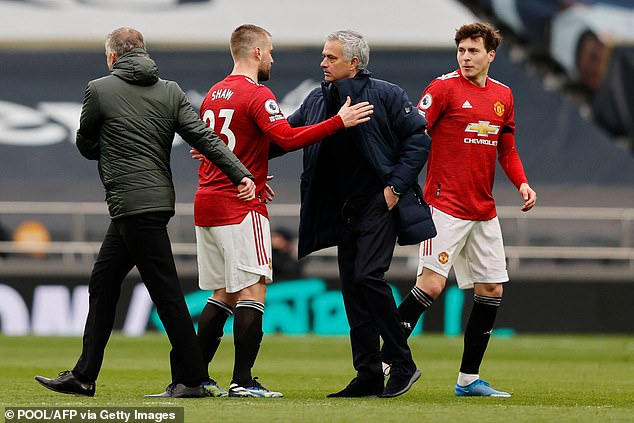 While Mourinho did manage to guide Tottenham to the Carabao Cup final, their league form throughout his tenure was simply not up to scratch.

Their 3-1 home defeat to Manchester United earlier in April was the 10th loss of the Premier League season, more than Mourinho has ever lost in a single domestic campaign before.

There were a number of damning defeats along the way, including to London rivals Arsenal and West Ham, as well as United, Chelsea, Manchester City, Leicester, Everton and Liverpool.

It must be mentioned, however, that only Manchester City, Liverpool and Manchester United won more Premier League points than Mourinho during his reign.

Most defeats in a season 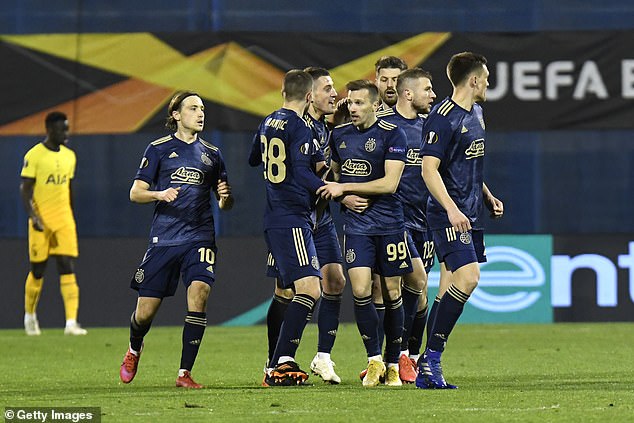 It wasn’t just in the league where Mourinho struggled this season, however. In fact, Tottenham lost 13 games across all competitions this season, the most the 58-year-old has ever recorded in his career.

Again, there were a number of highly disappointing results for Tottenham, perhaps none more so than their inexplicable 3-0 defeat to Dinamo Zagreb, which saw them crash out of the Europa League, despite having one foot in the quarter-finals after a 2-0 win in the first leg.

It was a significant dampener in Mourinho’s quest for trophies, with Tottenham also previously crashing out of the FA Cup, this time in a thrilling 5-4 defeat to Everton.

A prevalent theme throughout Mourinho’s 17-month spell at Tottenham was his side’s inability to hold onto a lead.

It’s a characteristic generally synonymous with Mourinho’s name, leading to his recent jibe of ‘same coach, different players’, when asked why he wasn’t finding the same consistency at Spurs.

Having taken the lead against Manchester United, their recent defeat made it 20 points dropped from winning positions this season, tied with Brighton as the most in the league.

It’s a feature of Tottenham’s game that has been prevalent from the early stages of the season. They threw away a 3-0 half-time lead at home to West Ham to draw 3-3 back in November, a result that subsequently saw Mourinho restrain his attack and prioritise a cautious approach.

Most goals conceded after 80 minutes

A primary reason Tottenham lost as many points as they did from winning positions was that they conceded quite so many goals in the last 10 minutes.

In fact, no other team in the Premier League let in as many goals from the 80th minute and beyond.

Perhaps remarkably, the only team in the league yet to concede after the 80th minute is Tottenham’s north London rivals Arsenal.

Zero shots on target vs Bournemouth 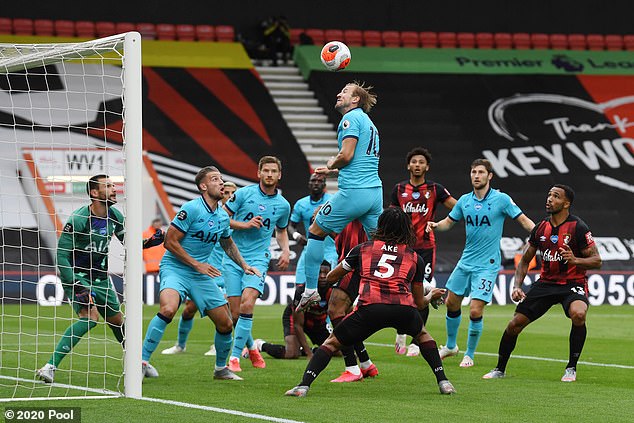 Though not a record Mourinho will likely carry with him in his thoughts, it’s one that perhaps sums up Tottenham under his stewardship.

In a dire 0-0 draw at Vitality Stadium last season, Tottenham became the first club in Bournemouth’s 186-game Premier League history not to record a single shot on target against them.

It was the first time a Mourinho side had failed to muster a shot on target in the Premier League since 2007.

Another unwanted record Mourinho picked up with Tottenham is that after 50 league games he had amassed fewer points than with any of his former clubs at the same stage.

Tottenham won just 81 points in Mourinho’s first half-century of matches, significantly lower than the 95 he accumulated at Manchester United, which had previously been his lowest return.

Mourinho’s 50th game came in a 2-1 defeat away at West Ham, which was coincidentally the fixture that started his Tottenham career, when they won 3-2. 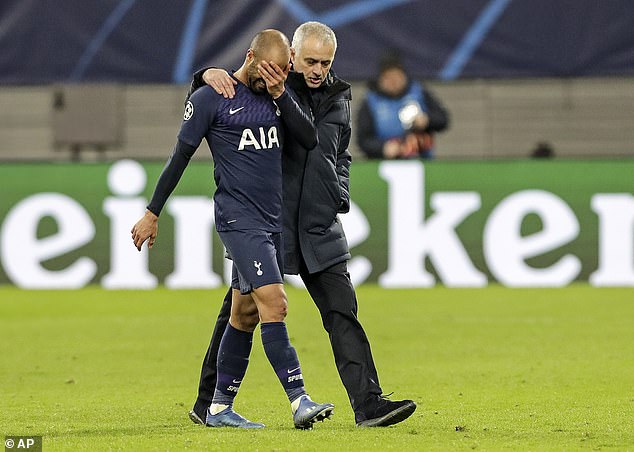 Another night Mourinho will want to forget from his torrid spell with Tottenham was their one-sided Champions League defeat to RB Leipzig in March 2020.

A second-leg 3-0 home win completed a 4-0 aggregate victory for Leipzig, who progressed to the quarter-finals in place of a Tottenham side who had made the final the year prior.

The defeat was Mourinho’s joint-heaviest in the Champions League, equalling his 4-1 defeat to Borussia Dortmund with Real Madrid in 2013. 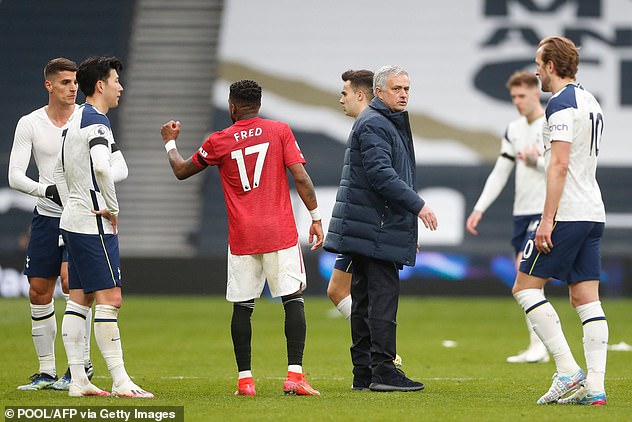 A fixture that has featured heavily in this list is Tottenham’s 3-1 home defeat to Manchester United.

Not only did it hand Mourinho his record 10th defeat of Tottenham’s league campaign, but it was the first time the Portuguese had ever lost at home to United.

Mourinho, who has faced United a total of 24 times across his spells with Porto, Real Madrid, Chelsea and Tottenham, has lost on just five occasions.

This one, however, was particularly damning. 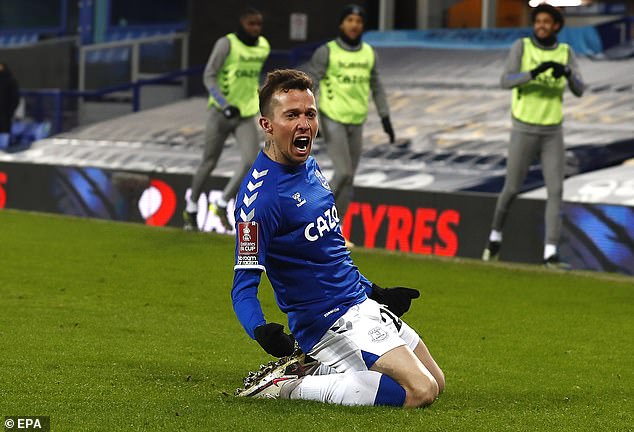 The 10th and final unwanted record Mourinho picked up throughout his spell at Tottenham is conceding five goals in a match for the first time since 2015.

Mourinho’s teams are typically centred around a strong defence, but he actually conceded more than one goal per game (1.2) for the first time in his managerial career with Tottenham.

Tottenham’s leaky defence was certainly exposed during their FA Cup fifth-round tie against Everton, where Bernard’s extra-time winner sealed a 5-4 win for the Toffees.