The former Blues and England captain, now Villa’s assistant head coach, worked with Traore when the winger was on the books at Stamford Bridge from 2013-17, and gave his backing to the £19m deal to sign him from Lyon.

Anwar El Ghazi had already put Villa 1-0 up against Bristol City in the 10th minute when Traore’s volley doubled their lead in the 14th minute. Substitute Ollie Watkins made the game safe in the 73rd minute with his second goal since his £33m move from Brentford.

Terry said: ‘I know him very well. You want bigger and better players in the building and I could give a very good character reference on him as well.

‘He was somebody at Chelsea who was very hungry and he went away to Lyon to learn his trade at the top level. He has the pace to run behind but he can isolate people in one-on-one situations. He has the potential to go and beat players one on one.’

Despite changing the entire starting XI from the 1-0 win over Sheffield United, Villa were rarely troubled by the Championship side, who were also much-altered. 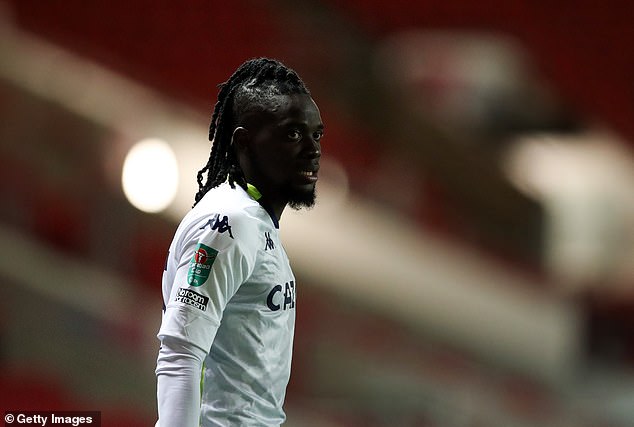 Keinan Davis created the opener for El Ghazi by finding his way to the byline and squaring for the Dutchman to tap in from 10 yards.

Then Traore produced the moment of the match by running on to Jacob Ramsey’s chip and guiding the dropping ball beyond Max O’Leary, with the City ‘keeper left motionless. 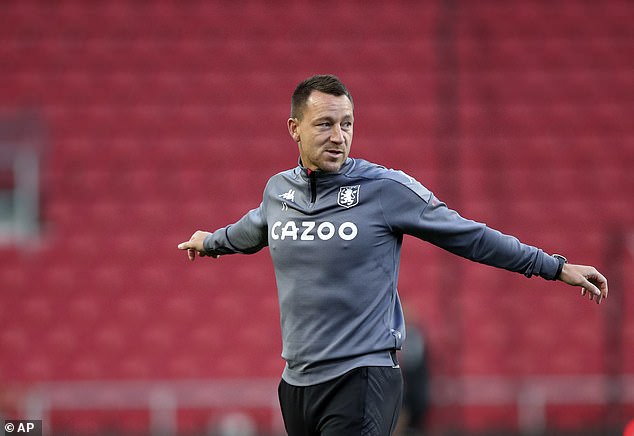 O’Leary was his side’s best player, keeping out El Ghazi three times while also showing superb reflexes to deny Davis when the score was still 0-0. At the other end, Dean Holden’s much-changed side rarely threatened, though Famara Diedhiou headed wide from an unmarked position on the half-hour mark.

Watkins showed him how to finish in the 73rd minute when Henri Lansbury found substitute Trezeguet and there was Watkins at the far post to steer the pass beyond O’Leary.

Holden said: ”When you lose two early goals it’s always going to be difficult to get back into the game, but I won’t get too down about this result.’