‘How did he not see this coming!?’: James Maddison can’t resist pushing Hamza Choudhury into the pool at Leicester’s plush new training base as his team-mate hilariously scrambles to save his phone

Leicester City may be taking on top of the table Chelsea on Saturday but James Maddison could not resist having some fun in training ahead of the clash.

The attacking midfielder posted a video to TikTok of him pushing Leicester team-mate Hamza Choudhury into the pool.

In the clip, Choudhury can been seen crouching down over the edge of the pool as Maddison sneaks up behind him to kick him into the water. 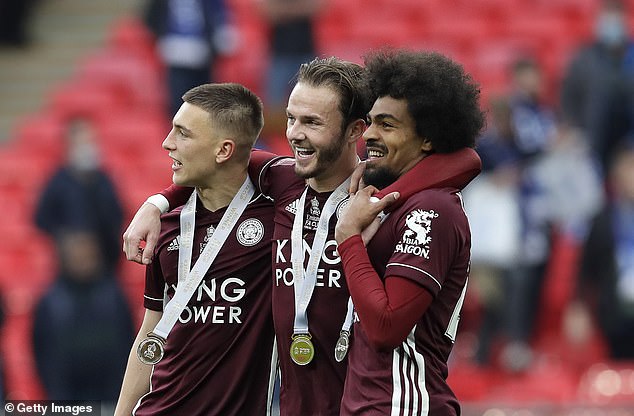 Choudhury paddled on the spot trying to keep his left leg above the water in an attempt to save his phone.

The midfielder hilariously scrambled to fish the phone out of his pocket to fling it to safety, before letting out a stream of expletives.

Maddison posted the clip to the social media platform with the caption: ‘How did he not see that coming?’ 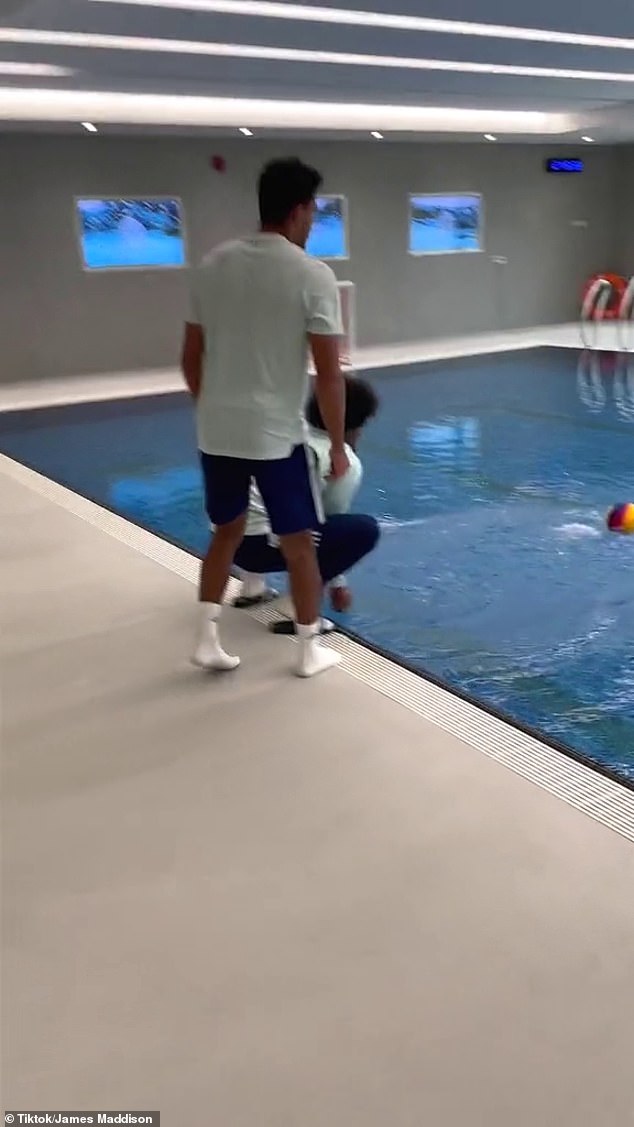 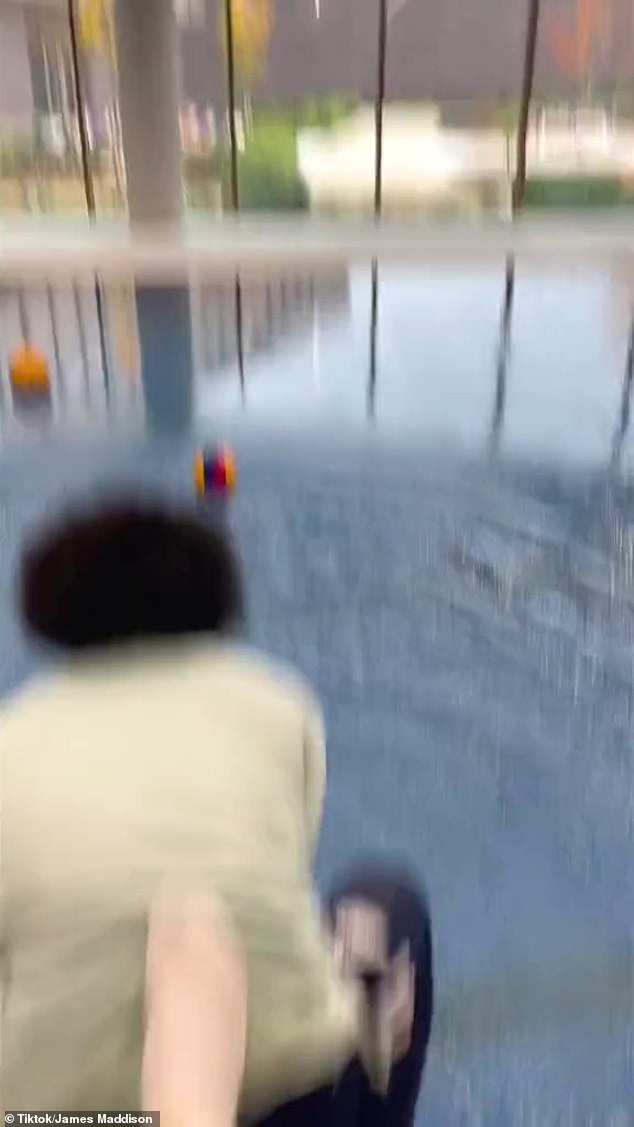 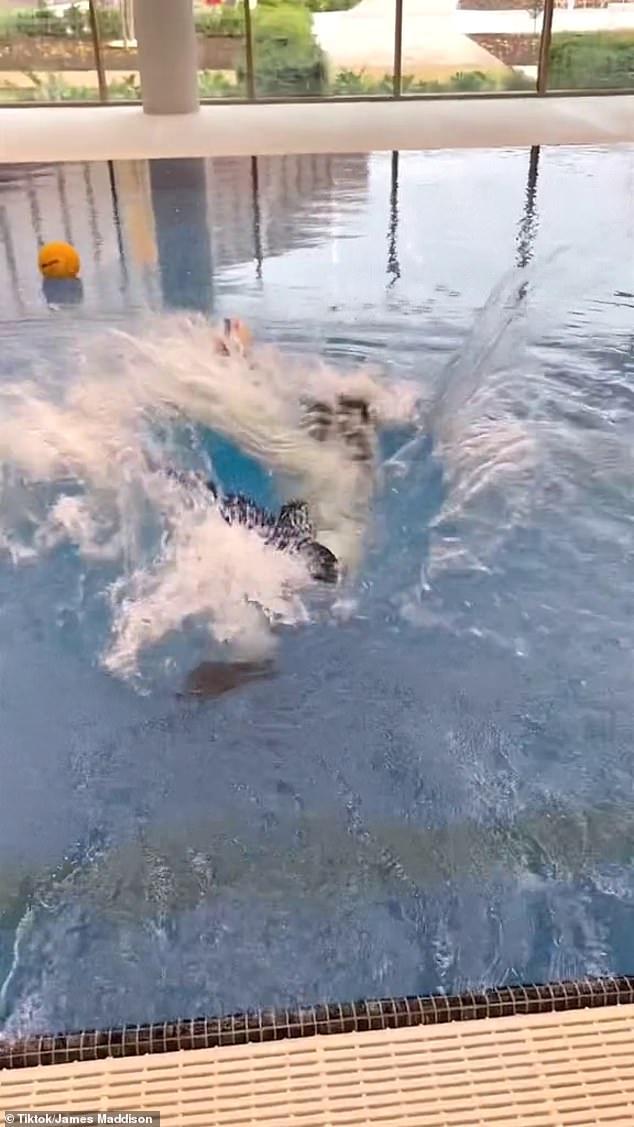 Fans were quick to react in the comments with many more concerned about the condition of the phone than Choudhury.

One joked that the prank was red card-worthy, writing: ‘Red card. Phone in the pocket rule.’

While another wrote: ‘Oh no, this is a red card and the phone is in the hospital.’ 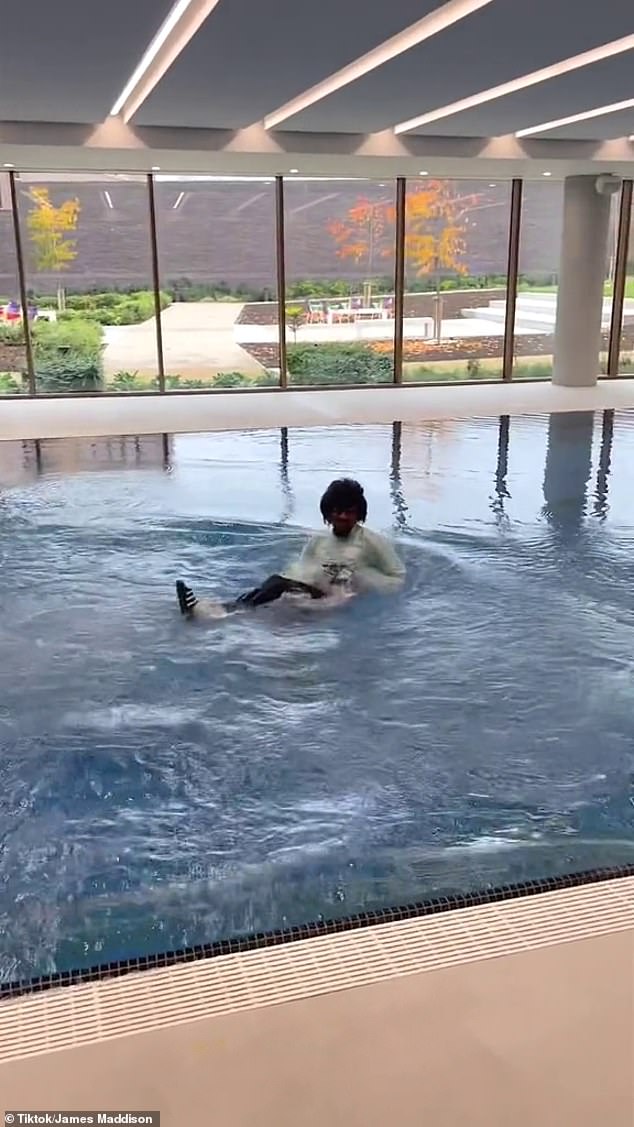 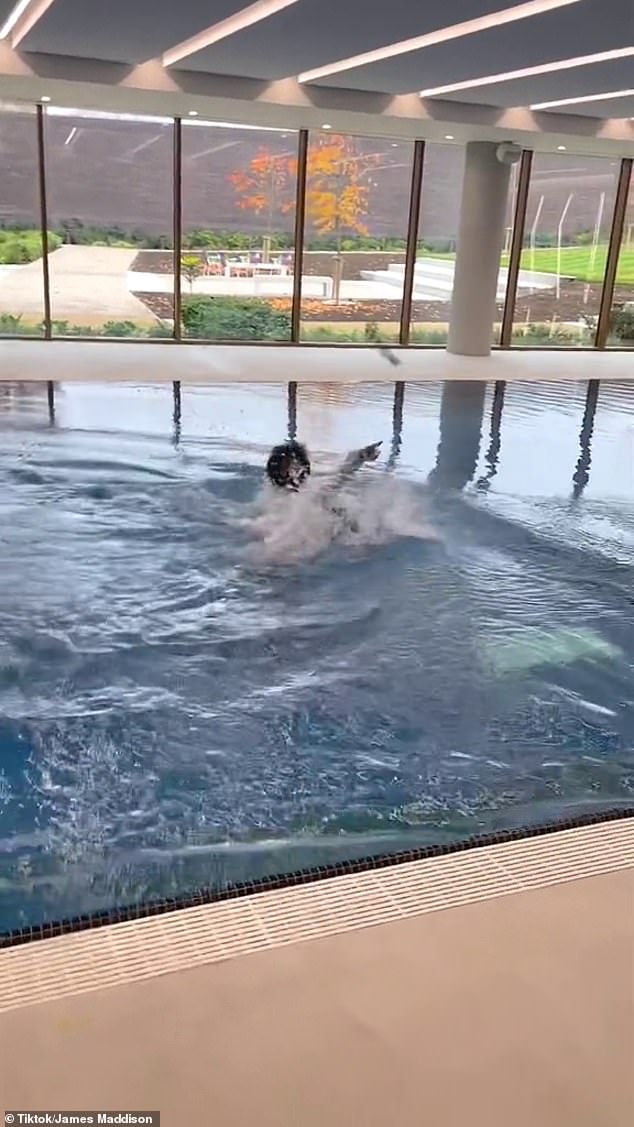 The prank happened as Leicester prepared to face Chelsea on Saturday on the return of the Premier League after the international break.

Maddison failed to receive a call-up to Gareth Southgate’s squad as England secured their spot for next year’s World Cup but the midfielder should be rested and prepared to face table-topping Chelsea at the King Power Stadium.

Brendan Rodgers’s side currently sit 11th in the Premier League on goal difference but are level with Crystal Palace and Everton on points. 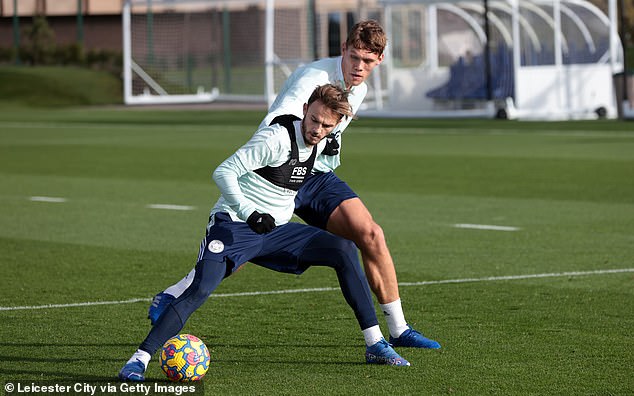