Jack Grealish has been handed his first England call-up after Marcus Rashford and Harry Winks withdrew from the squad. Gareth Southgate’s side will play Iceland and Denmark in their Nations League matches.

Grealish, 24, guided Aston Villa to Premier League survival last season and has been heavily linked with a move to Manchester United after his impressive performances.

However, after Manchester United ace Rashford and Tottenham midfielder Winks pulled out of the squad, Grealish was handed his first call-up.

Southgate explained his decision to originally leave Grealish out of the squad, claiming the Villa Park talisman faces completion for places in his position.

One of those players was Rashford, however, the United star pulled out of the England squad due to an injury.

Explaining his decision to withdraw, Rashford wrote on Twitter: “Gutted – never want to let this team down but these fixtures just came a little too soon for me.

“I tried my best but I have to focus on starting the season at my strongest for club and country. Good luck boys, I’ll be cheering you on from home.”

Former England ace Danny Murphy slammed Southgate’s decision not to originally include Grealish in his squad. 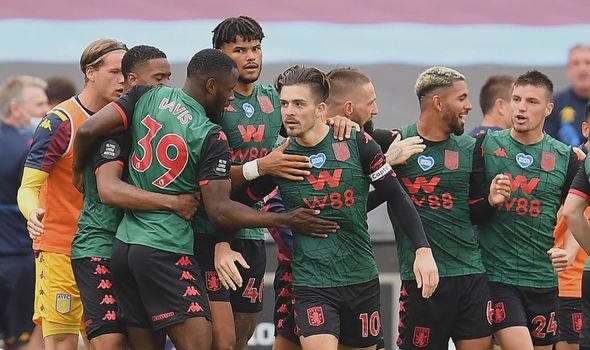 “I feel for Jack Grealish,” he said.

“He was superb for Aston Villa last season, one of the standout English players in the Premier League, and was the key to his side’s survival.

“So it was a huge blow for him to be left out of the England squad for the Nations League games.

“Gareth Southgate said he sees Grealish as a winger, maybe as a No 10, and he has a wealth of talent in those areas with Raheem Sterling, Jadon Sancho, Marcus Rashford and Mason Greenwood.

“Where I think Southgate is wrong is seeing him only in those positions.

“At his best, I believe Grealish is part of the midfield trio behind the front three.

“It is a bit predictable that England chose the orthodox options.

“The misconception about Grealish is that people see him as just a dribbler. He’s not.

“He has a superb range of passing and can open teams up from this deeper position.

“I feel for Jack but he is determined. His time will come. He will get his chance.”

England face Iceland in Reykjavik on Saturday before playing against Denmark in Copenhagen on Wednesday.