Internacional and Gremio have launched into a furious 22-man brawl after players held up fake coffins in Gremio colours to mock their impending relegation.

The Brazilian sides faced off at the Beira-Rio stadium on Saturday, with former Shakhtar Donetsk star Taison scoring the only goal of the game to hand hosts Internacional a narrow victory.

But the real action was saved for after the final whistle, when Inter players waved cardboard coffins daubed with Gremio’s traditional blue and black stripes to taunt their fierce local rivals. 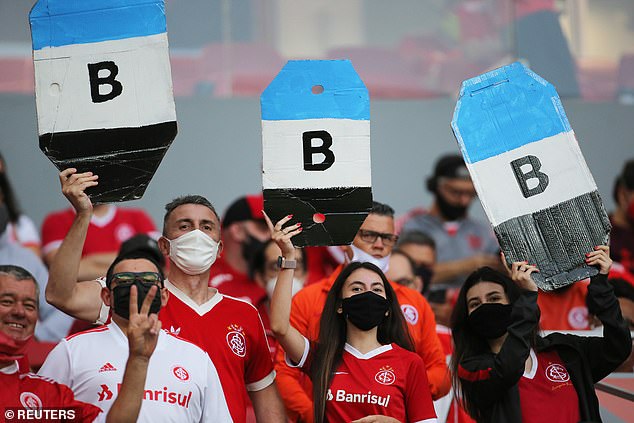 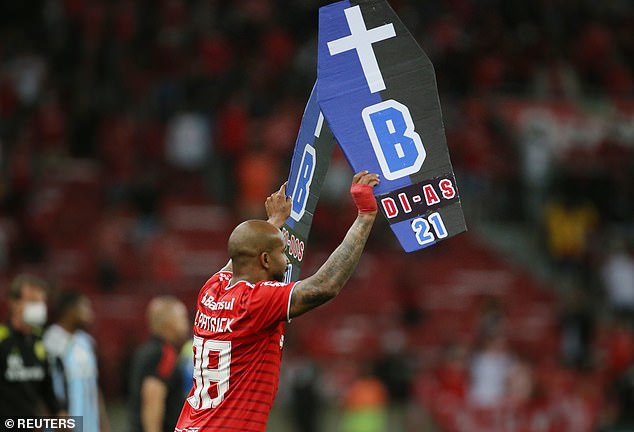 Both sides are based in Porto Alegre, capital of the southern state of Rio Grande de Sul, contest the ‘Gre-Nal’ derby, one of the most antagonistic and competitive in Brazil, if not South America.

And following the provocation, the entire Gremio squad raced onto the pitch to confront their rivals in front of the baying, chanting home crowd.

Numerous players clashed as stewards and coaches desperately tried to separate them, to little effect. 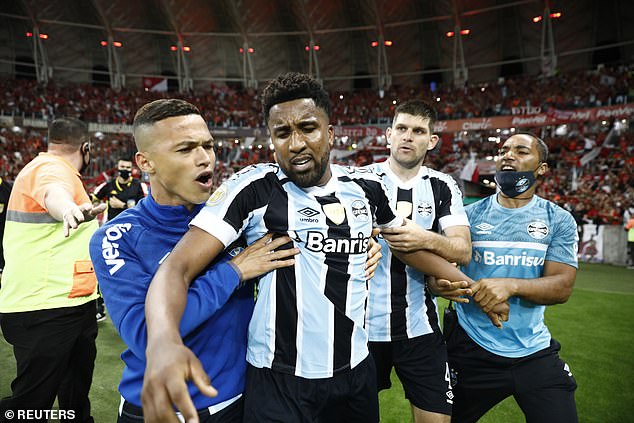 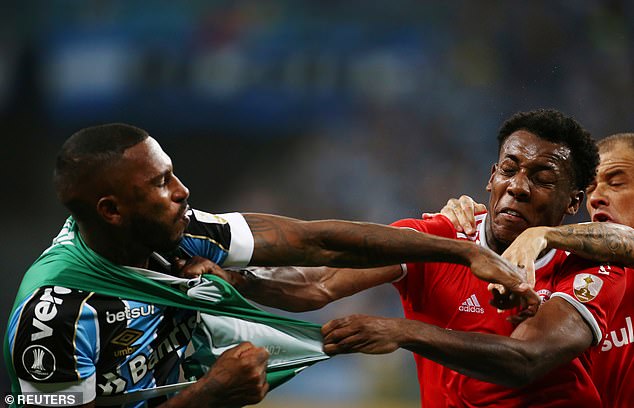 The sides, both based in Porto Alegre, Rio Grande de Sul, contest the fierce ‘Gre-Nal’ derby

Nascimento appeared to be one of the chief provocateurs and was targeted by the Gremio players, with Cortez clearly emotionally affected by the taunts.

Gremio currently lie 19th, second bottom, in the Campeonato Brasileiro Serie A table – the top tier in Brazil – with 26 points from their 29 games, and are likely to be relegated into the second division.