Inter Milan edged closer to their first Serie A title in 11 years after a 1-0 win over Cagliari on Sunday.

But a rare goal from full-back Matteo Darmian with just 13 minutes finally broke the deadlock and sealed an 11th successive league win.

With such a healthy lead at the top of the table, Antonio Conte shuffled his pack for Cagliari’s visit, with Lautaro Martinez and Achraf Hakimi given a rest, but Inter’s cohesion did not suffer early on as they created plenty of chances.

Christian Eriksen forced the best save from Vicario in the first half – a fine one-handed stop to claw out a goalbound effort from the Dane.

As the match wore on, Inter started to look more nervous, and Conte brought Martinez and Hakimi on, with the latter instrumental in brilliantly setting up the chance for Darmian, who celebrated with a jubilant bench.

While Cagliari remain in 18th place, five points from the safety zone, Inter require just 14 points from their last eight matches to guarantee the Scudetto. 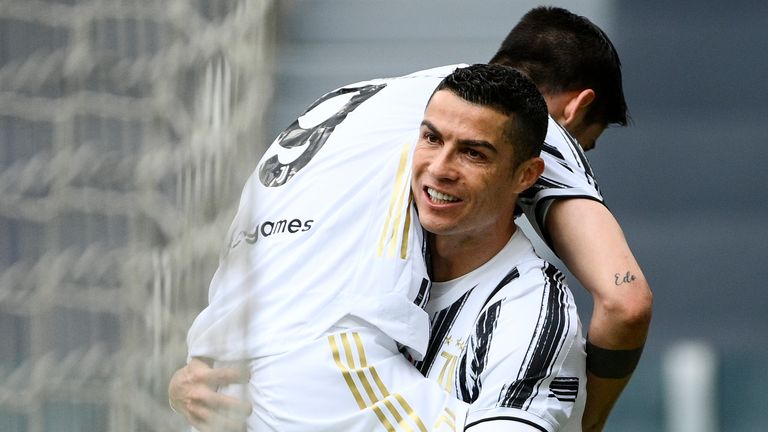 Elsewhere, Juventus eased to a 3-1 victory over Genoa on Sunday to keep alive their faint hopes of making it 10 successive Serie A titles this season.

The champions raced into a comfortable lead inside 22 minutes thanks to goals from Dejan Kulusevski and Alvaro Morata, the Spanish striker converting after Cristiano Ronaldo had hit the post.

Juventus have not been convincing recently, however, and let the visitors back into the match four minutes after the break with Gianluca Scamacca finding the net.

Genoa had chances to level but Weston McKennie stepped off the bench to make sure of the victory 20 minutes from time as third-placed Juventus moved on to 62 points after 30 matches, one behind AC Milan and 12 adrift of leaders Inter.

Meanwhile, Fabian Ruiz and Victor Osimhen were on target for Napoli in a 2-0 win at Sampdoria, to stay fourth and maintain the pressure on the league’s top three. Sergej Milinkovic-Savic’s added-time goal snatched Lazio a 1-0 win at Verona.

Suat Serdar celebrated his 24th birthday by scoring his first Bundesliga goal of the season as basement side Schalke 04 snapped a 12-game winless run to beat Augsburg 1-0 at the Veltins Arena on Sunday.

Having failed to score in their past five home games, Schalke broke the deadlock inside four minutes when Germany midfielder Serdar slotted home from close range after Augsburg goalkeeper Rafal Gikiewicz failed to collect a low cross.

Augsburg threatened to equalise through forwards Marco Richter and Ruben Vargas but a disciplined Schalke defence held on to claim only their second league win of the campaign.

Schalke still have work to do if they are to survive the drop as they remain 12 points adrift of the relegation playoff spot and 13 away from the first survival position.

Meanwhile, Augsburg are yet to secure their top-flight status and sit 11th with a seven-point cushion over the playoff spot.

Martin Terrier struck to seal Rennes’ 1-0 win over struggling Nantes, which moved his side up to seventh in the table.

Brendon Chardonnet’s effort cancelled out Moussa Kone’s opener as Brest salvaged a 1-1 draw with Nimes, with Nice and Reims playing out a goalless draw.

Fifth-placed Villarreal slumped to a 2-1 home loss at the hands of Osasuna. Jon Moncayola and Ante Budimir struck for the visitors, who were able to shake off David Garcia’s own goal.