Leonardo Campana scored a hat-trick as struggling Inter Miami bagged their first win of the Major League Soccer season on Saturday with a 3-2 victory over New England Revolution.

David Beckham’s MLS franchise has endured a miserable start to the campaign, taking just one point from five winless games.

New England took the lead through a Justin Rennicks goal after 11 minutes and it looked like it could be yet another torrid afternoon for Miami. 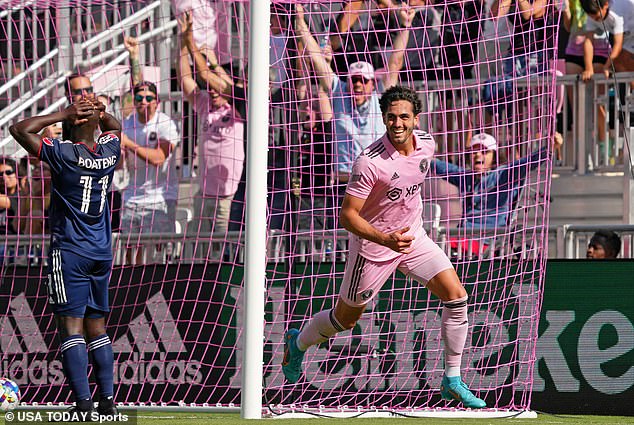 But Miami hit back with a well-worked move that ended with Campana heading home the equaliser in the 17th minute.

Ecuadorian international Campana then fired Miami into the lead in the 23rd minute with a spectacular strike, crashing a shot into the roof of the net with a first-time strike from Brazilian midfielder Gregore’s low cross.

Carles Gill levelled the match from the penalty spot in the 67th minute and it looked like the two teams would have to settle for a share of the spoils. 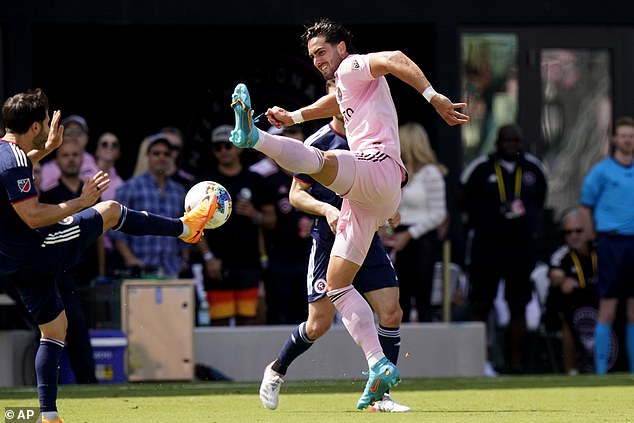 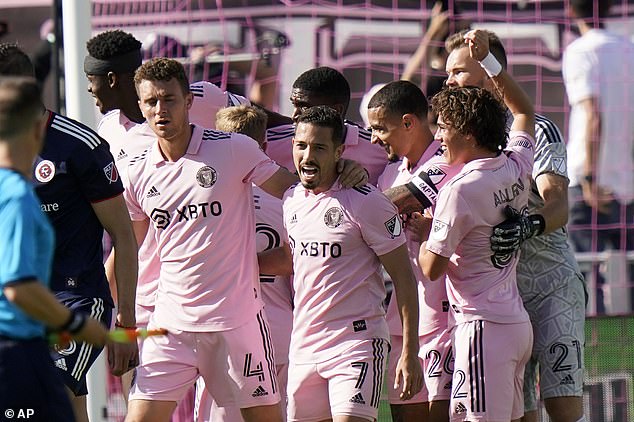 Despite picking up their first MLS win of the season, Miami remain bottom of Western Conference

Campana, however, completed his hat-trick after prodding home from close range two minutes from time after a blunder by Revs goalkeeper Brad Knighton.

Miami coach Phil Neville was delighted for his side, although he knows they have plenty more work to do in order to improve their fortunes drastically.

‘It’s the first win of the season, we shouldn’t get carried away, we shouldn’t be going out on the town tonight,’ Neville said afterwards.

‘We should be focusing on the next game against Seattle. We’ve got a hell of a lot of work to do, and what I think you saw today was a reflection of what we’re trying to build.

‘Eighteen players in our match-day squad who were all just fighting for each other.’ 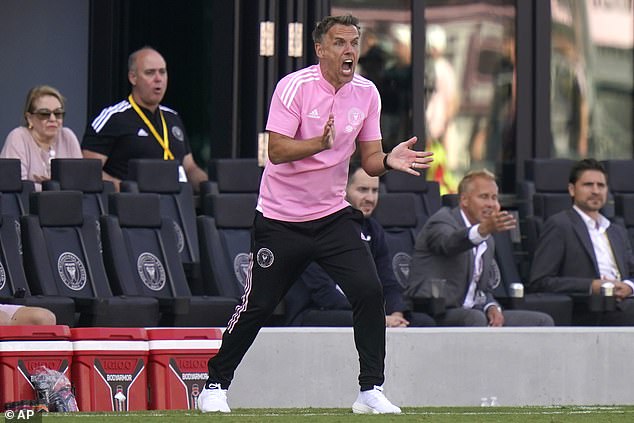 Inter Miami coach Phil Neville (pictured) was delighted, but knows there is work to be done

The former Everton defender Neville couldn’t hide his emotions at the full whistle as he hugged his player and staff.

‘I was happy at the end for them because they’re my guys, they’re my boys,’ Neville said.

‘I believe in them and I’ve never stopped believing in them. Today was just a little glimpse of what we can do.’