Rafa Benitez has often had a bone to pick with Manchester United. Particularly when he was in charge at Liverpool, his rivalry with Sir Alex Ferguson was a fascinating side-plot in a season where he came the closest to Premier League glory.

Now, expectations are different, even though the Spaniard takes a Merseyside team to Old Trafford on Saturday lunchtime. Of course this time, having crossed the divide in the summer, it’s with Everton.

It is the fourth Premier League outfit Benitez has managed and taken to the Theatre of Dreams, a venue where success has been rare and high-profile moments have usually gone against his charges. 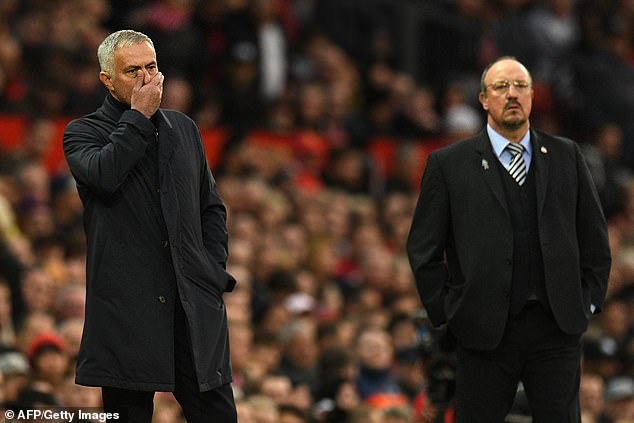 Brought to Liverpool in 2004 to overturn the era of United-Arsenal dominance, following a LaLiga winning season with Valencia, his first visit to Old Trafford came just a month into his first season in English football.

On that night, more memorable for Rio Ferdinand’s return after his eight-month ban for missing a drugs test, defender Mikael Silvestre was the unlikely hero as United claimed a 2-1 victory.

The following year, Ferdinand was the match-winner in dramatic circumstances – his last-minute header was a vintage ‘Fergie Time’ moment of drama, triggering Gary Neville’s famous run towards the Liverpool fans in the opposite corner of the ground.

It didn’t get much better for Benitez in the years that followed. 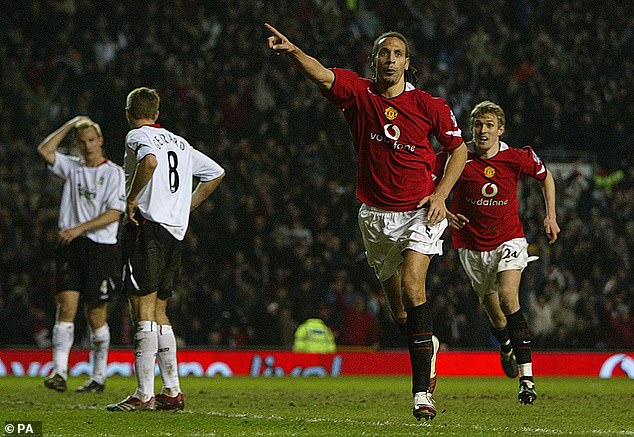 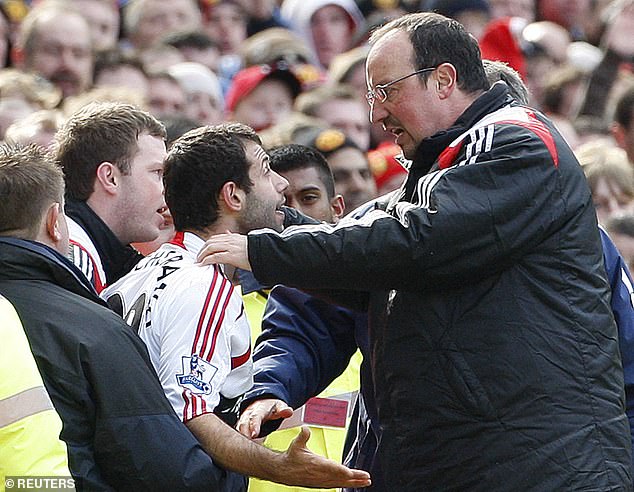 Ferdinand was at it again in the 2006-07 clash, scoring with a left-footed half-volley in a comfortable 2-0 win while a season later United went one better and won 3-0 – Wes Brown, Nani and a certain Cristiano Ronaldo with the goals.

It was a match overshadowed by Javier Mascherano’s controversial red card, for dissent directed towards referee Steve Bennett. Benitez cooled down the Argentinean afterwards; the match slipping away from the Reds just on the stroke of half-time.

Yet his most fifth trip to Manchester was the most glorious.

Going behind to a Cristiano Ronaldo penalty on March 14, 2009, it looked like it’d be another Old Trafford defeat at the hands of Ferguson. Not this time however.

First, Fernando Torres chased down Nemanja Vidic after the Serb failed to deal with a simple long ball, nicking the ball before finishing beyond Edwin van der Sar.

Second, Steven Gerrard won and scored a penalty on the stroke of half-time. 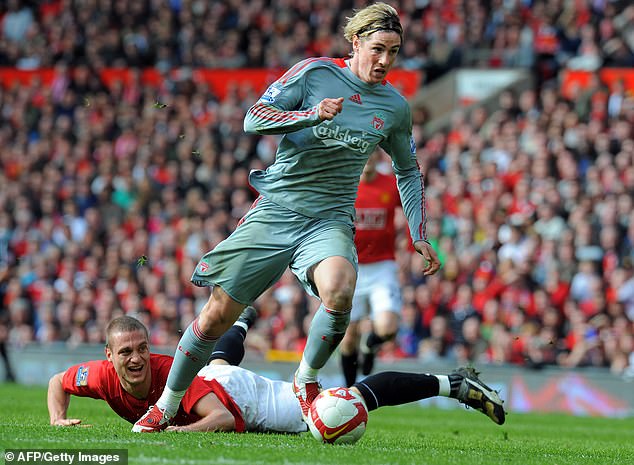 Third, Vidic pulled down Gerrard through on goal, with a red card the consequence. From the resulting free-kick, Fabio Auerlio stunned Old Trafford as he swept the ball into the corner.

Finally, number four. A long ball from Pepe Reina, a lob from Andrea Dossena and that was that. Manchester United 1-4 Liverpool.

It was scarcely believable, in an era when all the matches between the top four back then – United, Liverpool, Chelsea and Arsenal – were tightly contested affairs.

Yet the storyline going into that clash was pulsating. Benitez’s infamous ‘facts’ rant launched at Ferguson two months previous – when Liverpool had a lead at the top that they eventually blew – was ridiculed in the United changing room. 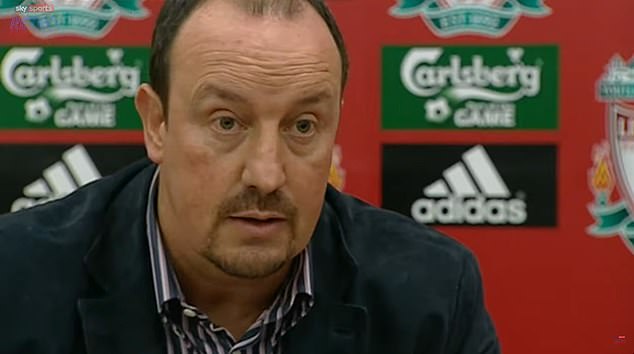 Ferguson later said in his autobiography: ‘The mistake he [Benitez] made was to turn our rivalry personal,.

‘Once you made it personal, you had no chance, because I could wait. I had success on my side. Benitez was striving for trophies while also taking me on. That was unwise.’

United went on to win the title, four points ahead of Liverpool. It would be the closest Benitez came to English football’s prized crown.

A season later, the Reds finished seventh. Within that, Park Ji-Sung scored the winner between the two sides at Old Trafford – and Benitez & Liverpool parted company that summer.

It would be three years before Benitez visited Old Trafford again, this time in an FA Cup tie whilst in caretaker charge of Chelsea. 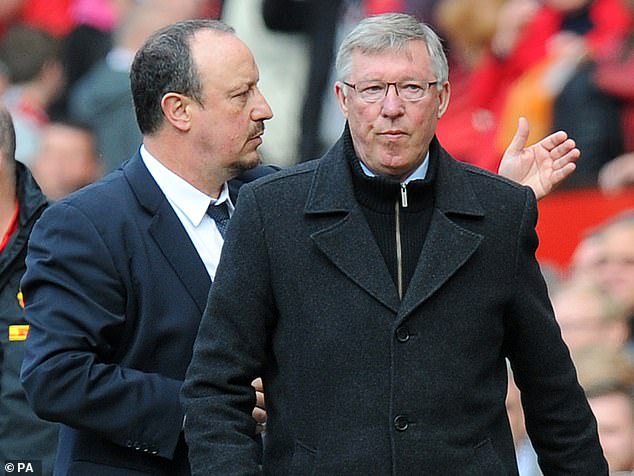 A 2-2 draw in the quarter-finals followed, before a win in the league shortly after in what was Ferguson’s penultimate match at Old Trafford – Juan Mata striking in the dying moments.

In the years post-Ferguson, visits with Newcastle were less successful. A 4-1 loss in November 2017, before a chastening 3-2 defeat a year later when two goals to the good.

Who against? None other than his other Premier League nemesis Jose Mourinho. Those two didn’t particularly get on either.

Now, Rafa comes to Old Trafford with an Everton side who have made a somewhat impressive start to the season. Keen to turn the doubters on side from day one, a win against Ole Gunnar Solskjaer’s side would do wonders for the Toffees heading into the international break.

And boy would Rafa revel in a rare Old Trafford triumph. 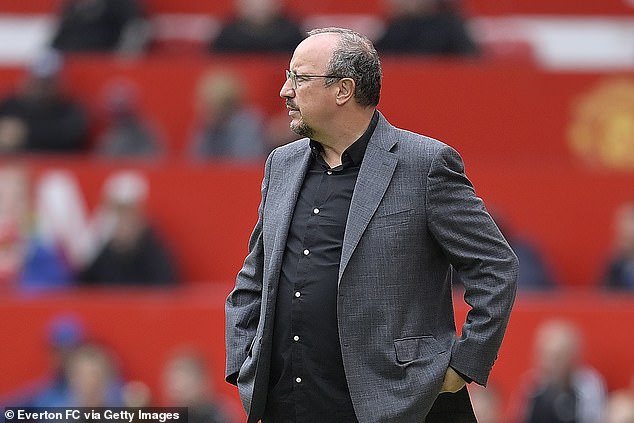 Related posts:
Previous Post: QB Jackson returns to practice after 2 days out
Next Post: ‘I’m sorry people talk about him as if he’s dead’ – Ferrari give Michael Schumacher update