‘I want to stay’: Neymar insists he has no intention of leaving PSG this summer, despite claims the French giants would be willing to cash in on the Brazilian star who has attracted interest from Chelsea and Man City

Neymar has played down reports of a potential summer departure from Paris Saint-Germain by insisting that he wants to stay in the French capital.

There has been widespread speculation surrounding Neymar’s future at the Parc des Princes, after club president Nasser Al-Khelaifi refused to rule out the Brazilian’s exit.

Talk of a move to the Premier League has been rife in recent weeks, with both Chelsea and Manchester City linked with swoops for the 30-year-old this summer.

However Neymar has stated his desire to remain in Paris ahead of the upcoming campaign.

Speaking after PSG’s pre-season 3-0 victory over Urawa Red Diamonds, the forward said: ‘I want to stay at PSG. I don’t know about the club, because they’ve never said anything to me.

‘I have a contract for several years here. There you go. For now, they’ve said nothing.’ 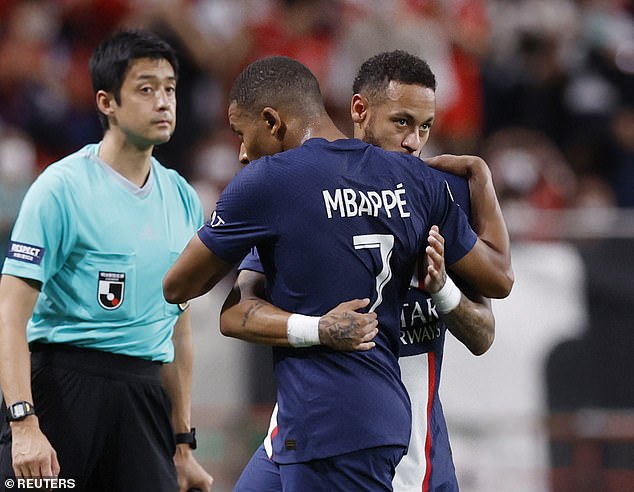 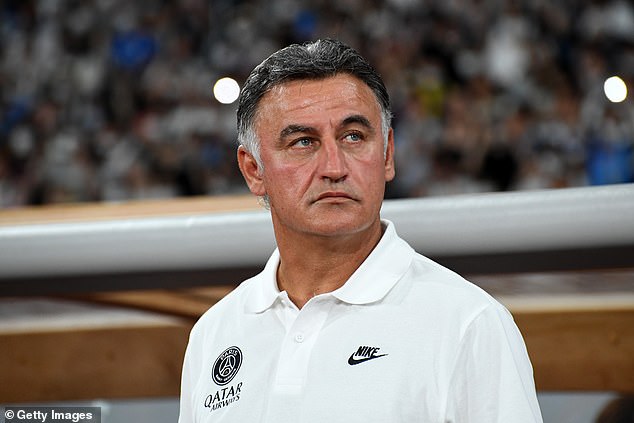 There is uncertainty over Neymar’s role in the Parisian’s side following the arrival of pragmatic head coach Christophe Galtier, with the former Lille boss typically favouring a two-man strike-force.

Yet the forward’s insistence on remaining in Paris may hint that he has been guaranteed game time after a tumultuous previous campaign.

The Brazilian was a peripheral figure in the PSG side last season due to injury issues and the 30-year-old made just 22 appearances in Ligue 1. 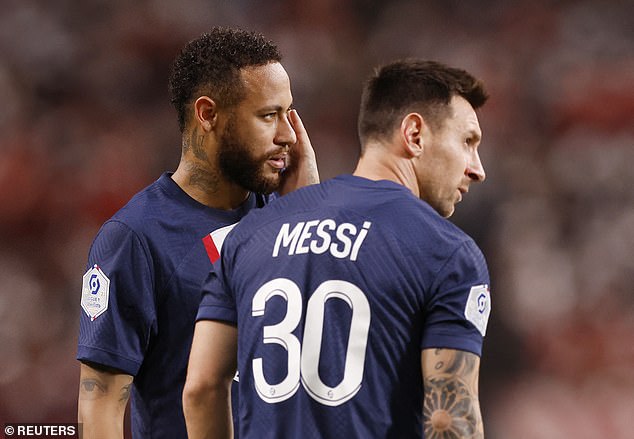 Neymar was also booed by sections of his own fans following PSG’s dramatic exit in the Champions League last-16 against eventual winners Real Madrid last term.

However the Brazilian has claimed that he has nothing to prove next season. He said: ‘The truth is that I have nothing to prove to anyone. People speak too much because they can do nothing else.

‘They know me, they know how I am, how I play. I have nothing to show. I love playing football, I’m happy.’