Three Marcus Rashford forced Government U-turns, 14 Premier League stadiums used by the NHS and £7m donated to charities… how football has dug deep to help out during the Covid-19 pandemic – SPECIAL REPORT

Football and footballers have long been an easy target but when the Secretary of State for Health laid down the gauntlet to the nation’s most popular sport, few could have predicted just how impressively it would respond.

April 2020 was a different era, back when lockdown felt like unprecedented times rather than Groundhog Day. Community spirit was at its peak to defeat the virus, bread-making made a comeback, pots and pans were banged together and families were kept apart.

And the Government decided the multi-millionaires of the Premier League could do with showing that sort of spirit. On the same day Hancock launched his offensive, fellow Conservative MP Julian Knight warned that the top flight and their employees would ‘face the consequences’ if they did not dip into their pockets to help.

Emphatically, the call was answered. A year on from football being shut down after Arsenal manager Mikel Arteta’s positive Covid test, clubs and players have donated millions of pounds to charity, helped keep the NHS running and delivered meals, support and lifesaving medicines, all on top of their usual community work.

Chelsea opened the hotel inside Stamford Bridge free of charge to healthcare workers and Tottenham gave use of their stadium for testing, vaccination and women’s outpatient services. Burnley bought £75,000 worth of cancer equipment, while Manchester United sent 60,000 meals to a local hospital. 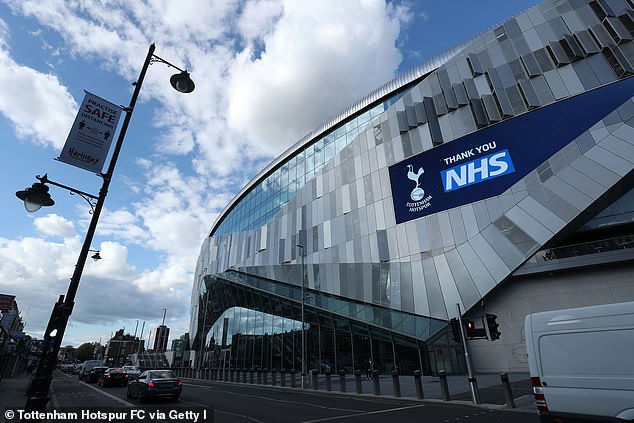 Tottenham gave use of their stadium for testing, vaccination and women’s outpatient services 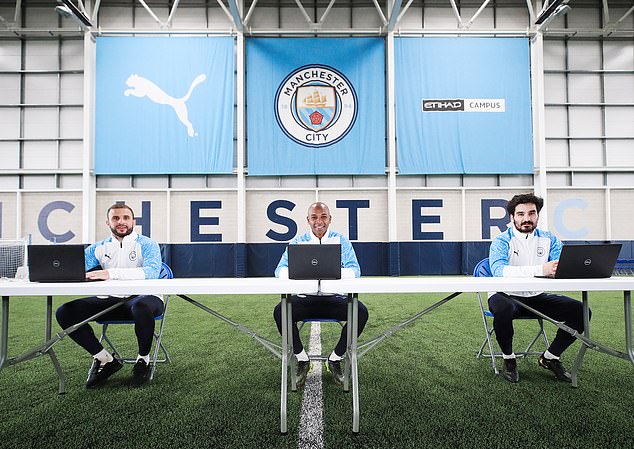 Around 1,000 laptops were donated to school children to aid them in remote learning

Arsenal’s Shkodran Mustafi paid for 16,000 food parcels for the local community and his club contributed 500,000. The Premier League became a better provider of PPE than some companies that received state contracts.

Hundreds of top-flight players agreed to salary deferrals or cuts, while the clubs bailed out the EFL to the tune of £250million — all while their own revenues were being squeezed.

The #PlayersTogether partnership between Premier League players and NHS Charities Together, which began with a £4m lump sum last April, allowed donations to take place out of the spotlight and often without public recognition. 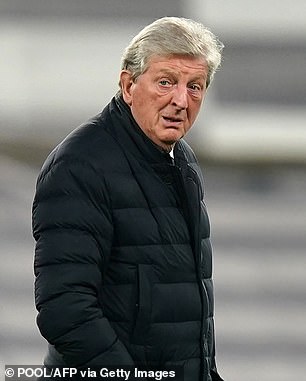 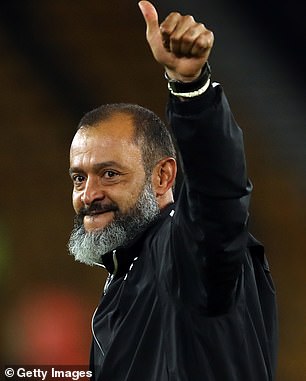 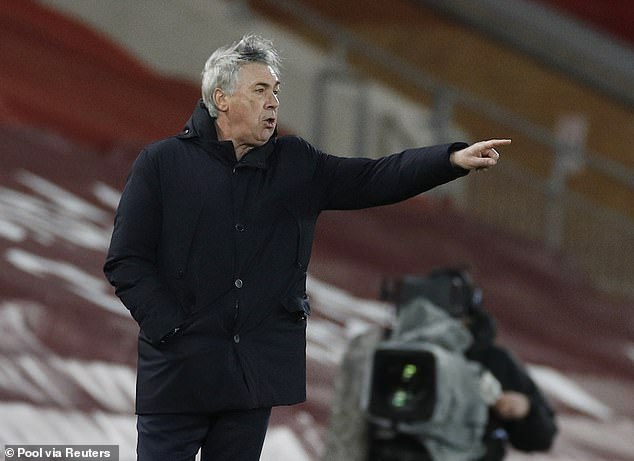 At least four top-flight managers took pay cuts to prevent non-playing staff being furloughed, while others deferred part of their salary.

The EFL stepped up, too, with 13 Championship stadiums used by the NHS. More than 3,000 disadvantaged children had free school meals delivered by EFL clubs when schools were closed in term time, while Stoke owner Denise Coates sent £10m to the Royal Stoke and County Hospital.

All the while, there was the day job. Three months after the Premier League shutdown, Project Restart saw a 92-game blitz across seven weeks to complete the competition, with players and staff under strict Covid protocols. 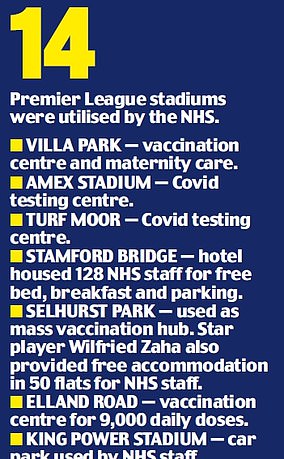 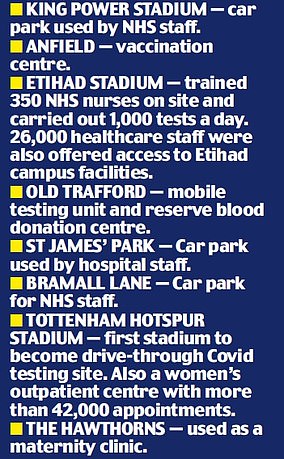 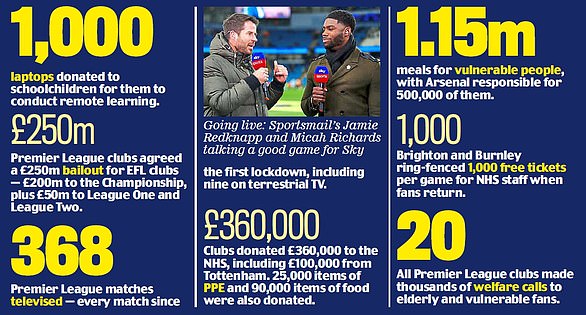 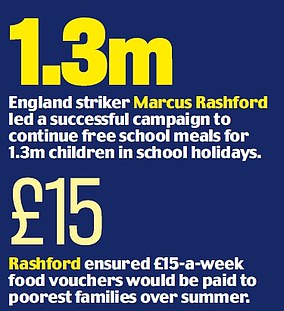 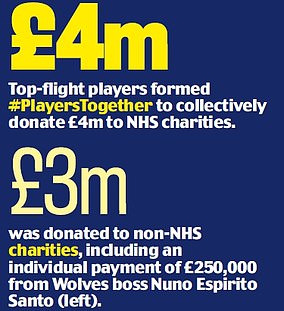 Every game was shown live on TV, which continued this season. By the time fans return, the total will be 462 matches in 333 days available to watch from our living rooms.

Premier League chief executive Richard Masters said he was ‘extremely proud’ of the clubs, and added in January: ‘We want to be part of a national effort.

Millions of us are indebted to the work done by clubs and players during the pandemic, whether that be lifesaving hospital equipment, a hot meal when no one else could provide it, a free laptop to complete school work remotely or just the joy of live sport on TV.

When every penny counted and the country was on its knees, the Premier League took notice, dug deep, and played their part.