When the first whistle goes and Holland kick off their Euro 2020 campaign against Ukraine tonight, Frank de Boer will be as relieved as anybody.

Finally he will have a meaningful match to distract him from the catalogue of self-inflicted problems that have blighted preparations for their first major tournament since the 2014 World Cup.

Another arrived on Saturday when a plane was flown over Holland’s training base trailing a message urging De Boer to ditch his 3-5-2 set up and revert to a set up more traditionally associated with Dutch football, the 4-3-3, against Ukraine. 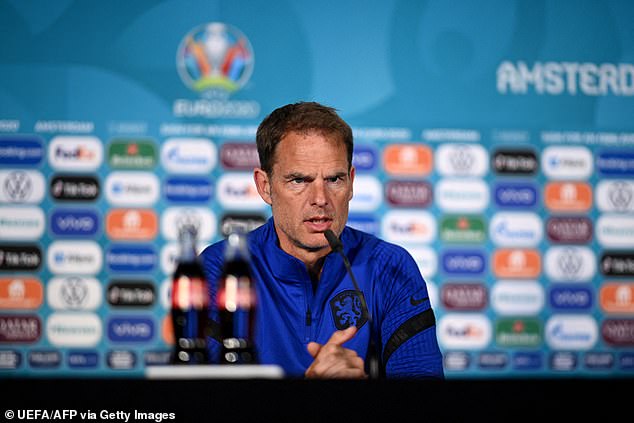 Gini Wijnaldum, Holland’s captain in the absence of the injured Virgil van Dijk, said: ‘This is not something that you see every day so it was new for us. It is not something that we make a big deal out of. It is one person or a group of people who would like to give their opinion on the way we should play and that was his way of saying so.’

De Boer said: ‘I have seen the airplane so thanks for the idea. But we will still play 3-5-2. Dwight Lodeweges [his assistant] is always complaining that we forget the goalkeeper so it should be 1-3-5-2.’

De Boer’s defiance could be his undoing with Holland, as it was during his ill-fated stays at both Inter and Crystal Palace.

His unwavering faith in his methods proved misplaced and he lasted a combined total of just 161 days in the back-to-back jobs. 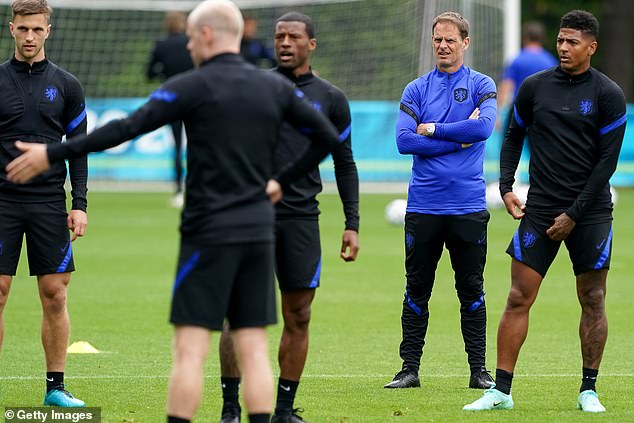 De Boer was appointed as Ronald Koeman’s successor last September partly just because he was interested and available rather than his suitability and credentials.

Holland’s build-up has done little to inspire belief in De Boer. When he named his final 26-man squad, De Boer insisted he had called all the players omitted from his provisional party to inform them they were being left out. A video then surfaced of Aston Villa’s shocked Anwar El-Ghazi receiving the news via text.

De Boer has been forced to defend his decision to include winger Quincy Promes while he remains under investigation after being arrested in December in connection with the stabbing of a family member.

In a following press conference, De Boer then painfully mistook Spartak Moscow’s Promes for FC Twente’s Queensy Menig, who is not even in his squad. There was another awkward moment for De Boer when he claimed Donny van de Beek had played about 4,000 minutes when that was in fact Davy Klaassen. ‘It was not my finest press conference,’ said De Boer. 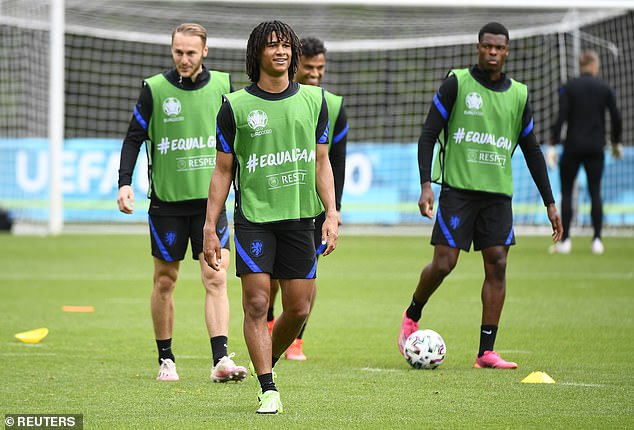 His decision to axe expected No1 Jasper Cillessen from his squad after he tested positive for Covid-19 and not call up a replacement for the injured Van de Beek, instead going into the tournament with 25 players, has also invited criticism.

It has all added to the sense that De Boer, is not in control. Who better to reference, in that case, than former Holland manager Bert van Marwijk. When De Boer was assistant to Van Marwijk at the 2010 World Cup in which the Dutch finished runners-up, the latter used to stress that just because things are not going well, it does not mean everything will go wrong.