Lee Dixon has reacted with incredulity after Switzerland midfielder Remo Freuler was controversially sent off in his side’s Euro 2020 quarter-final against Spain.

And Dixon, working as a co-commentator for ITV, declared his bafflement that the challenge warranted an instant dismissal. 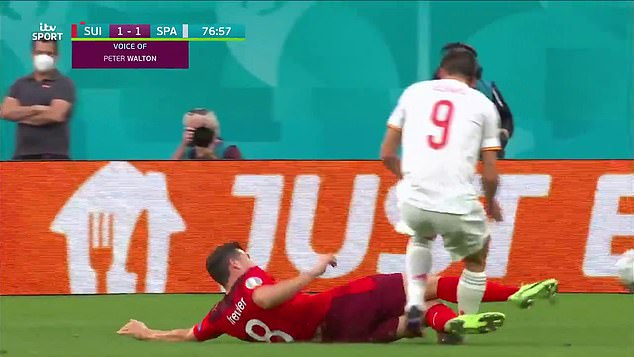 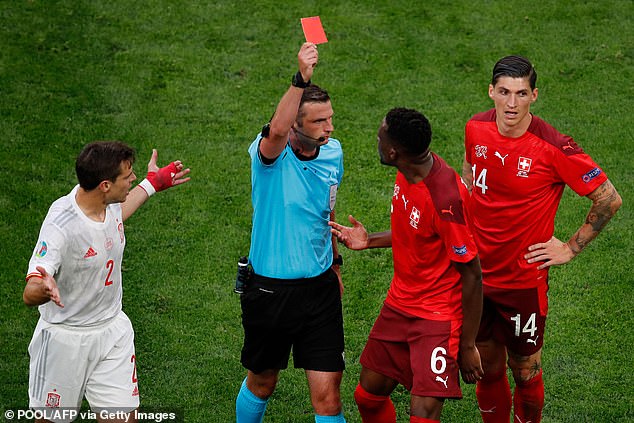 Dixon said: ‘That’s not a red card for me, he’s very very unlucky.’

However, former Premier League referee Peter Walton responded: ‘The force behind the tackle there has played into Michael Oliver’s hand. You can see there his feet are above the ground so is he in control of his body?

‘Is he endangering the safety of an opponent? In my opinion, he is. VAR will obviously check this of course but I think Michael Oliver is spot on with his red card.’ 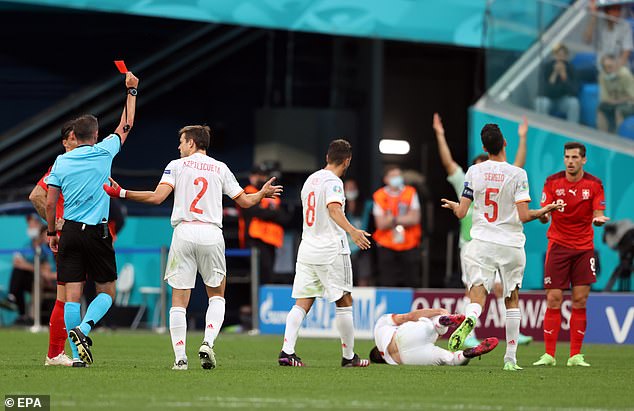 Replays seemed to show Freuler got his right foot on the ball, diverting it away from Moreno, then subsequently caught Moreno with his trailing left leg in what appeared a firm but fair tackle.

Match of the Day host Gary Lineker tweeted: ‘Another red card for virtually nothing.’

Switzerland later lost 3-1 on penalties, with Spanish goalkeeper Unai Simon the hero, saving from Fabian Schar and Manuel Akanji before Mikel Oyarzabal netted the winning spot-kick; they will face the winner of Italy v Belgium on Tuesday night.