Harvey Elliott has been pictured running outside again as his injury rehabilitation continues to progress in a much-needed boost for Liverpool.

The Reds are in the midst of a midfield injury crisis and Elliott was one of the first sidelined, dislocating and fracturing his ankle against Leeds back in September.

The 18-year-old had been impressing for Jurgen Klopp’s side at the start of the campaign but has been out of action since that nasty challenge by Pascal Struijk. 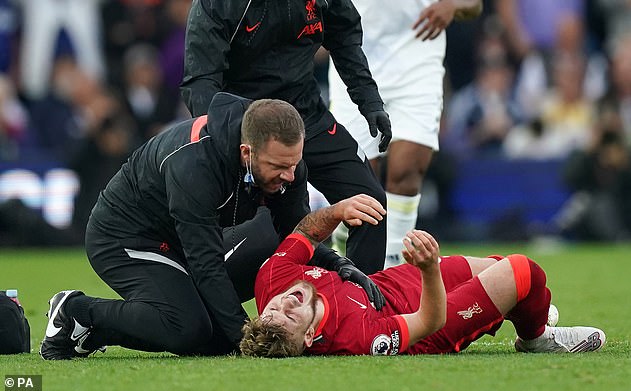 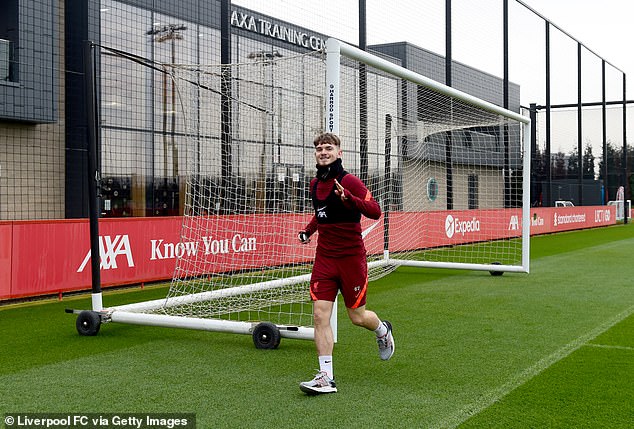 But fans have been boosted by images of Elliott out running on the pitch again, suggesting a return to training may not be far away.

The club’s official Twitter account shared pictures of his ‘first exercises outside on the pitch following his surgery’.

Liverpool have never given a specific time frame in which Elliott can be expected to feature again but he is evidently progressing well.

The Reds suffered their first defeat of the campaign away against West Ham before the international break and are troubled by the lack of healthy bodies in midfield. 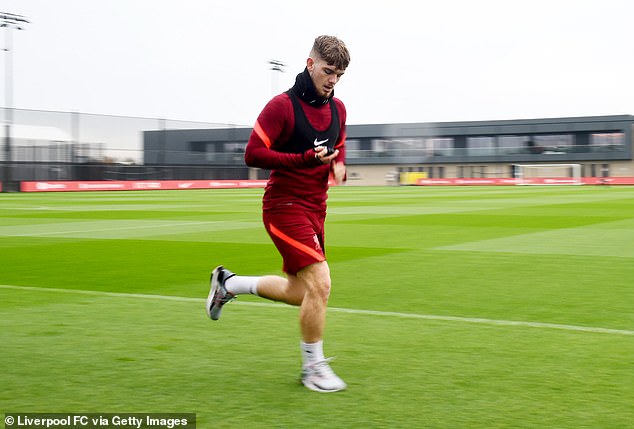 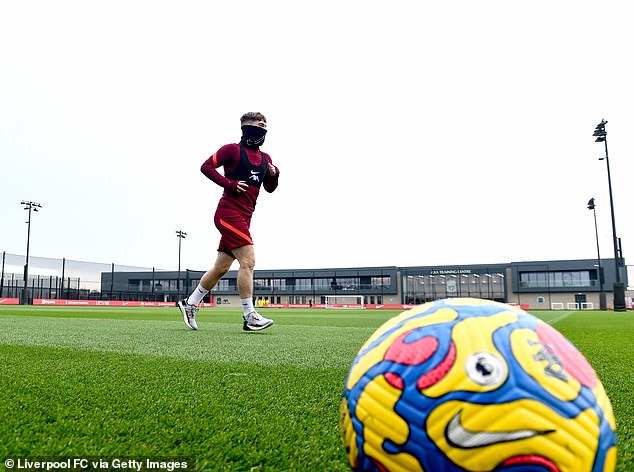 Jordan Henderson came back from England duty early with what the club hope is a minor issue.

And in recent weeks, Klopp has lost each of Fabinho, Thiago Alcantara, James Milner, Curtis Jones and Naby Keita.

Alex Oxlade-Chamberlain remains inconsistent and there remain question marks about the strength in depth, as there were about the defence last term.

But a swift return for Elliott in the coming weeks would be welcome news and he is tipped by many on Merseyside to be a fixture in the team for years to come. 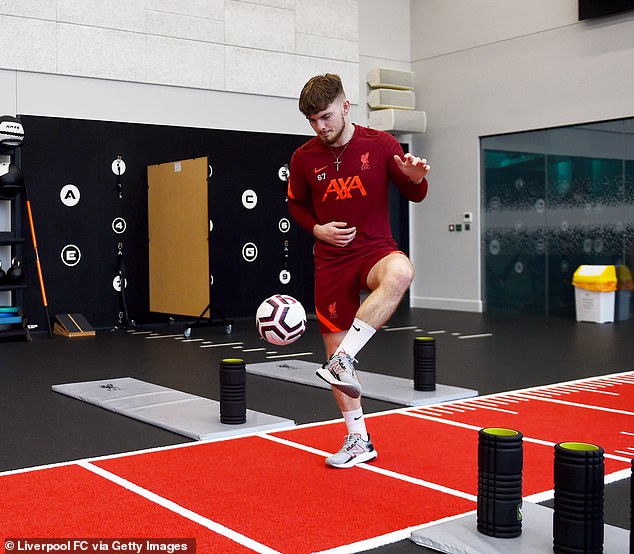 Elliott, pictured here in an early phase of his rehab, was impressing before the injury hit

At the time of his injury, he said: ‘I’m of course absolutely devastated… but have been totally overwhelmed by the love and support shown to me by the entire football world following the injury.

‘I am now fully focused on my recovery and will give everything in my rehabilitation to be back out there as soon as I can.

‘I know I have an incredible support network behind me at Liverpool and together we will get through this.’