Harry Kane has appealed for England fans to can the controversial chants and show Germany some respect for their Euro 2020 match on Tuesday.

Three Lions fans who sing discriminatory songs like “Ten German Bombers” at the last 16 clash face being banned by the Football Association.

And skipper Kane is urging the 40,0000 supporters expected at Wembley to be on their best behaviour and roar their team on in the right way.

He said: “I’d always urge the fans to be respectful. We all love the game of football and we all want to be respected as players on the pitch as well.

“I’m pretty sure the England fans will be great and hopefully we can give them a few things to cheer about and get them right behind us.

“But of course you have to always stay between the lines and have respect for everyone.

Do you think England will topple Germany in the Euro 2020 round-of-16? Let us know in the comments section.

“It is a game to be excited about, a game that we are all going to enjoy being involved in and hopefully we can come out on the good side of it.”

Ten German Bombers, which mocks German casualties during the Second World War, was allegedly sung by England fans ahead of the Croatia game.

FA chief executive Mark Bullingham said: “If you take the positives from the Wembley games so far, I think the atmosphere has been incredible. 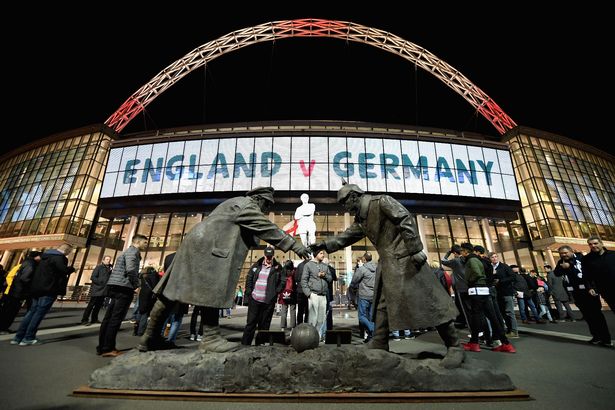 “We’ve had 20,000 in there making an atmosphere almost like it’s full. Not quite but it’s been brilliant and we want to keep a really positive atmosphere.

“I think we’ve been really clear with our fans, we want them to be respectful and support in the right way and that remains the case.”