Mexico legend Guillermo Ochoa will reportedly undergo a medical at Salernitana ahead of a move to Serie A – with the 37-year-old goalkeeper’s contract at Club America set to expire in just 11 days.

The Mexico captain, who is referred to as ‘Memo’ in his home country, can therefore be drafted into the Italian club on a free transfer – with Salernitana’s first choice goalkeeper Luigi Sepe set to be sidelined throughout January with an injury.

Ochoa – who was playing at his fifth World Cup in Qatar – will have his medical on Thursday ahead of a move to the Stadio Arechi, Sky Sports Italia reports. 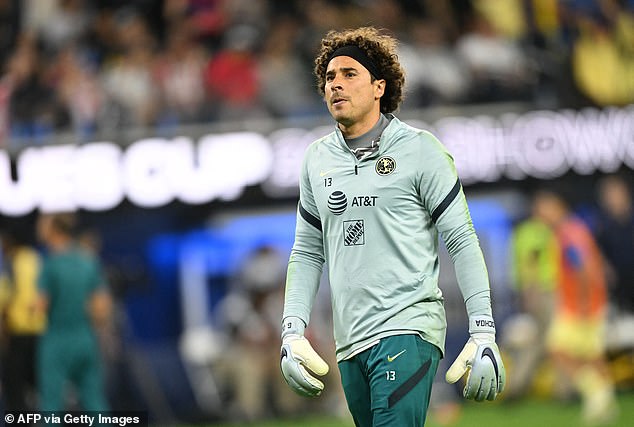 The 37-year-old’s contract at Club America expires on December 31, meaning he can leave on a free transfer

It is believed the experienced keeper – who has 135 caps for Mexico and has become a World Cup cult hero – will sign a contract until the end of the season to help out Salernitana, who currently sit 12th in Serie A.

This is the first time Ochoa will play in Serie A, although he has ventured into Ligue 1 and La Liga – making 121 and 49 appearances in the French and Spanish premier divisions respectively.

Ochoa captained the national side in Qatar but after brutally failing to progress out of the group stages on goal difference, El Tri failed to reach the knockout rounds for the first time since 1978.

Mexico drew their World Cup opener with Poland – in which Ochoa saved a second-half penalty from Robert Lewandowski.

It was the first time a Mexican goalkeeper had saved a World Cup penalty in open play since 1966. 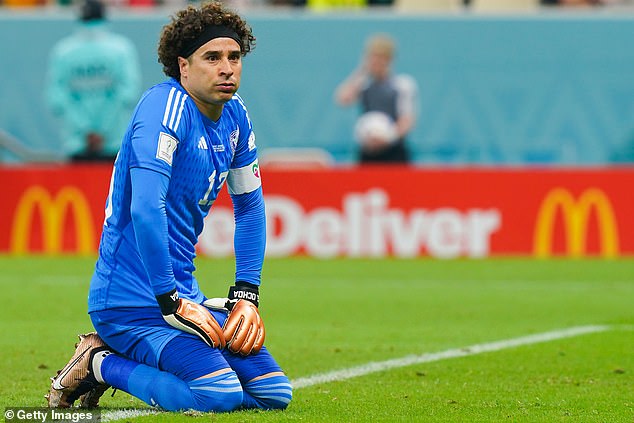 El Tri went on to lose to World Cup winner’s Argentina – and despite beating Saudi Arabia 2-1 in their final group game, Mexico were dumped out of the Qatar World Cup.

Ochoa – who has often starred for Mexico at World Cups – will try to put the misery of Qatar behind him and focus on his club football.

He joins a Salernitana side who resume playing on January 4 at home in a tough test against Serie A champions AC Milan.