Grimsby Town midfielder Elliott Whitehouse has been banned for six games and fined £2,000 for using abusive language towards an opponent during a League Two match last November.

The FA charge related to the allegation that Whitehouse, 26, called Northampton midfielder Alan McCormack ‘a pikey’ – an offensive word for a member of the travelling community.

An independent regulatory commission heard how, with 18 minutes left in the League Two fixture on November 23, 2019, Whitehouse was involved in a verbal confrontation with McCormack.

McCormack reported the incident to the referee at the time and it was included in the match official’s report.

Whitehouse, who is out of contract this summer and will not be offered a new deal, denied using the term at the time of the incident, but later admitted that he had and pleaded guilty to a misconduct charge that he used insulting and/or offensive words.

It was seen as an aggravated breach of the FA’s rules. 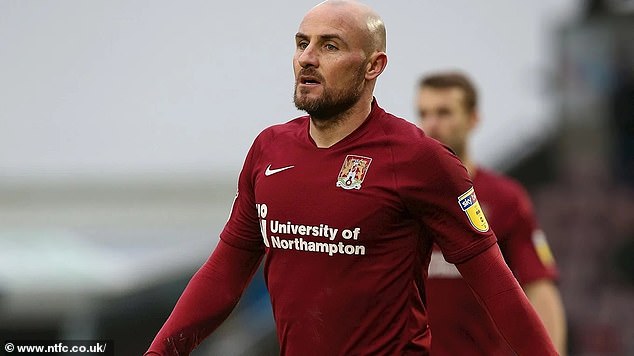 In his defence, Whitehouse said he ‘had no issue with the Irish Traveller community and is not in any way a racist’.

Whitehouse added that the comments were not pre-meditated and there was no intention to cause upset or offence.

Grimsby chairman Philip Day told BBC Look North: ‘We deplore any actions which are deemed to be of a racist nature, whether it is by a player, member of staff or a spectator.

‘He admitted it without any reservation and was extremely sorry for what he had done.’

Related posts:
Previous Post: Man Utd star lifts lid on what he saw from Bruno Fernandes and Paul Pogba in training
Next Post: How will Man United fare in their final nine Premier League matches?