‘I don’t mind getting kicked’: Jack Grealish is relishing his role as Manchester City’s pantomime villain… as the £100m man insists being booed by opposing fans ‘gets me going’ and he’s ‘just got to embrace it’

Jack Grealish is so fired up this pre-season that he bolted straight back into Manchester City’s dressing room to check the footage of refereeing decisions in Wednesday’s friendly.

‘Friendly’ is a stretch, because Club America took great pleasure in booting Grealish around the NRG Stadium’s cabbage patch. With that, and the Mexican fans jeering his every touch, Grealish must have felt right at home.

He relishes playing the villain, thrives off rough contact from markers and, in that sense, this 2-1 victory was perfect preparation. Even so, the forward came away from an encouraging display miffed that decisions went against him — much like the majority of his debut year at City. 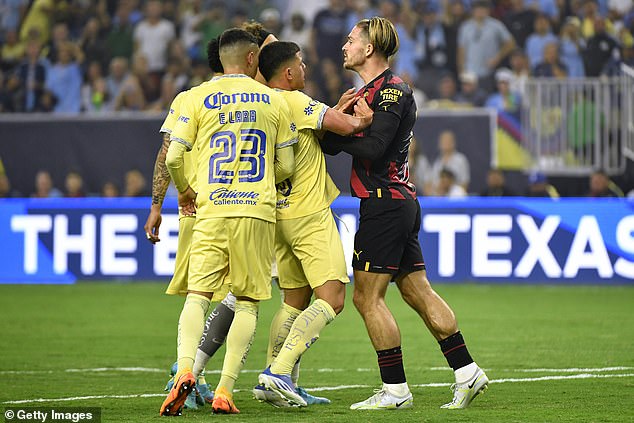 ‘I don’t mind getting kicked. I’ve watched them back,’ said Grealish. ‘There were two definite penalties. I said to the ref, “If it’s not a penalty then surely you have to book me?”. He said there was contact. I said, “How’s it not a penalty then?”’

City have only been training for a week yet Grealish looks in the mood already. Frustrated at missing one good chance, he knows scoring more is a necessity but understands dragging defenders away from their natural stations and acting as a decoy for others is equally important in a Pep Guardiola team. He has always done that with skill. 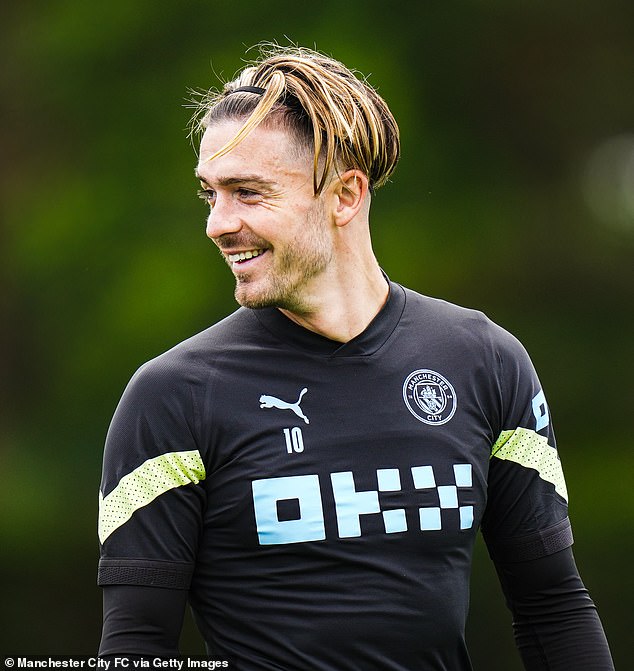 In Houston, though, carrying the ball for so long meant the chorus booing from around a third of the 61,000 fans became even more elongated. And it was loud.

‘I get it at a lot of places now,’ Grealish added. ‘I like it. I feel like I’ve just got to embrace it and prove them wrong. Joao Cancelo said to me, “Why do you like it?” and I said I don’t know. I feel like I was like that at Aston Villa, it gets me going, so I don’t mind it at all.’

City have a Grealish desperate to show he can evolve into a key player within a squad full of attacking talent. While light-hearted — revealing that Erling Haaland joked there is no pressure on him because his £51million fee is only half of Grealish’s — there was an edge to the way he spoke.

There is little doubt scrutiny of his private life grates but there is an acceptance that this is life now. A trip to Las Vegas on designated time off with Declan Rice and Andrew Robertson was the subject of a national radio discussion. 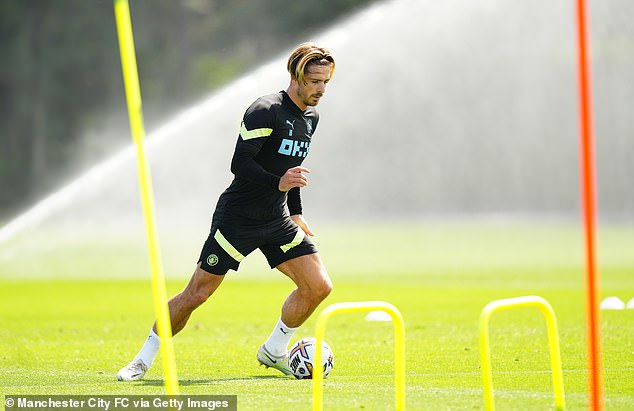 ‘I’ve seen a lot of people in Ibiza and Vegas but they didn’t get anywhere near what I got,’ he said.

‘I’ve had to get used to it. I knew that coming to one of the biggest clubs in the world, I was going to get more of that. Others will get it — Erling, Kalvin Phillips. It’s part of playing for a massive club.

‘Obviously I’m enjoying myself. I went to Ibiza after we won the league, and then Vegas after England. Apart from that, I was away with my girlfriend, working hard and trying to get back training.

‘I was getting a lot of stick off the lads for posting too many training photos on my Instagram. When I do something, partying or whatever, it’s going to get picked up on more than others.

‘People don’t really want to see you training hard after the season, they want to see all the controversial type of stuff. You’ve got to keep smiling, haven’t you?’

Related posts:
Previous Post: Keown interviews Bould: 'I missed the 'magic hour' after a victory'
Next Post: ‘Everything was changed for me by the Ukraine war’