‘Whoever’s come out with that TOSH isn’t worth thinking about’: Graeme Souness slams the new ‘nonsense’ plans for footballers to ‘face away after tackles’ to prevent the spread of coronavirus

Graeme Souness has labelled the idea that players should modify their behaviour in a tackle as ‘the daftest thing’  he has heard as the Premier League looks to find a way to return.

Talks are ongoing as to whether England’s top flight will complete the 2019-20 season amid the ongoing coronvirus pandemic, with no confirmation as yet given as to when it will return, and in what guise.

With the Bundesliga set to resume action this weekend, there is hope that Liverpool and other club’s will soon be following suit in the UK, but with the health and safety of players paramount, suggestions are being made as to how the playing environment can be made as safe as possible. 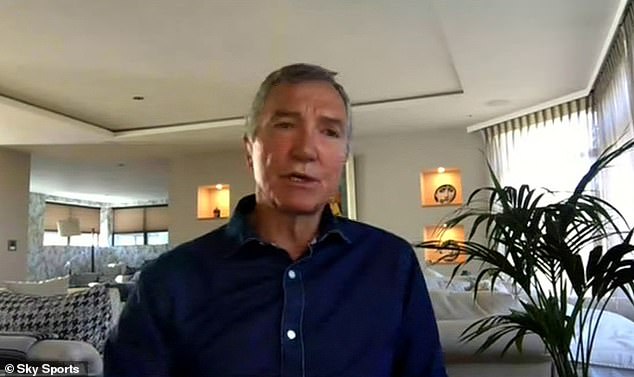 One concern has been about the proximity in which players will find themselves with others, and it has been suggested that turning away from opponents close to them, such as in a tackle, could help prevent any spread of Covid-19 – a suggestion that appeared in the Telegraph on Tuesday.

However, that idea has been ridiculed by Souness – a player who built his career on tough tackling through the 1970s and 1980s.

‘That has been written by someone who has never played the game,’ he told Sky Sports’ Football Show.

‘They’re saying make your tackle and turn away? What if the ball is at your feet? That is the daftest thing I have heard in this getting back to football. 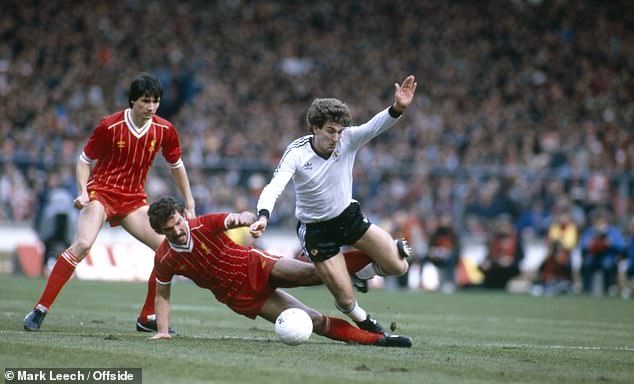 ‘You’re getting players focused on the next 5-10 seconds in front of you, you haven’t got time to think about anything else.

‘I’m thinking at corner kicks and free kicks, you have to look at the man, you need to look at some of the man and some of the kicker – that won’t change.

‘The strikers will be ducking and diving, trying to get on the blindside of people, they won’t be thinking about anything else. Whoever has come out with that tosh, isn’t worth thinking about.’

Gary Neville also expressed his concern about the proposal, suggesting that they are likely to worry players further, rather than reassure them.

‘If you’re a player fearful of coming back, that would make you more fearful,’ he said.

‘Even a player who wants to come back, that would make them a little bit worried. It’s instinctive. As Graeme says, it’s nonsense. 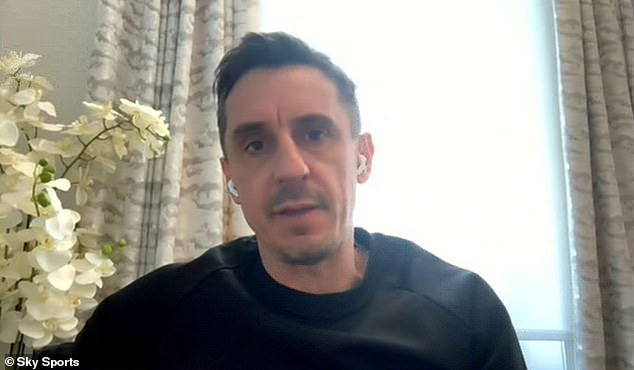 Gary Neville also expressed his concerns at the proposals, but suggested they were not true

‘This is what happens when you have an information vacuum.

‘I’m imagining that turning your head away is nonsense. If that is true, as a player being told that, what do I do at a corner when you can smell the other’s player’s breath.

‘If we are saying that is putting players at risk, they shouldn’t be playing football.’