Giovanni van Bronckhorst urged Rangers fans not to leave any negativity in Seville as he prepared his side for the Europa League final against Eintracht Frankfurt on Wednesday.

Around 100,000 Light Blues supporters are expected to be in the Spanish city for the Ibrox club’s first European final in 14 years and former managers Ally McCoist and Graeme Souness this week called for fans to behave themselves.

Some Rangers fans were involved in trouble in Manchester in 2008 but the Gers boss wants this time to be different.

The former Ibrox player said: “I think it’s not about the numbers. You can bring 50 people and they can bring chaos.

“I know we have a lot of people travelling with us and enjoying the final.

“We have to enjoy this occasion. We as managers, players, staff and fans inside and outside the stadium, it’s not often you get to reach a European final.

“It’s not just for Rangers, it’s also for Frankfurt and we have to enjoy it and make sure we are not causing any problems.

“Let the game decide who wins this game. 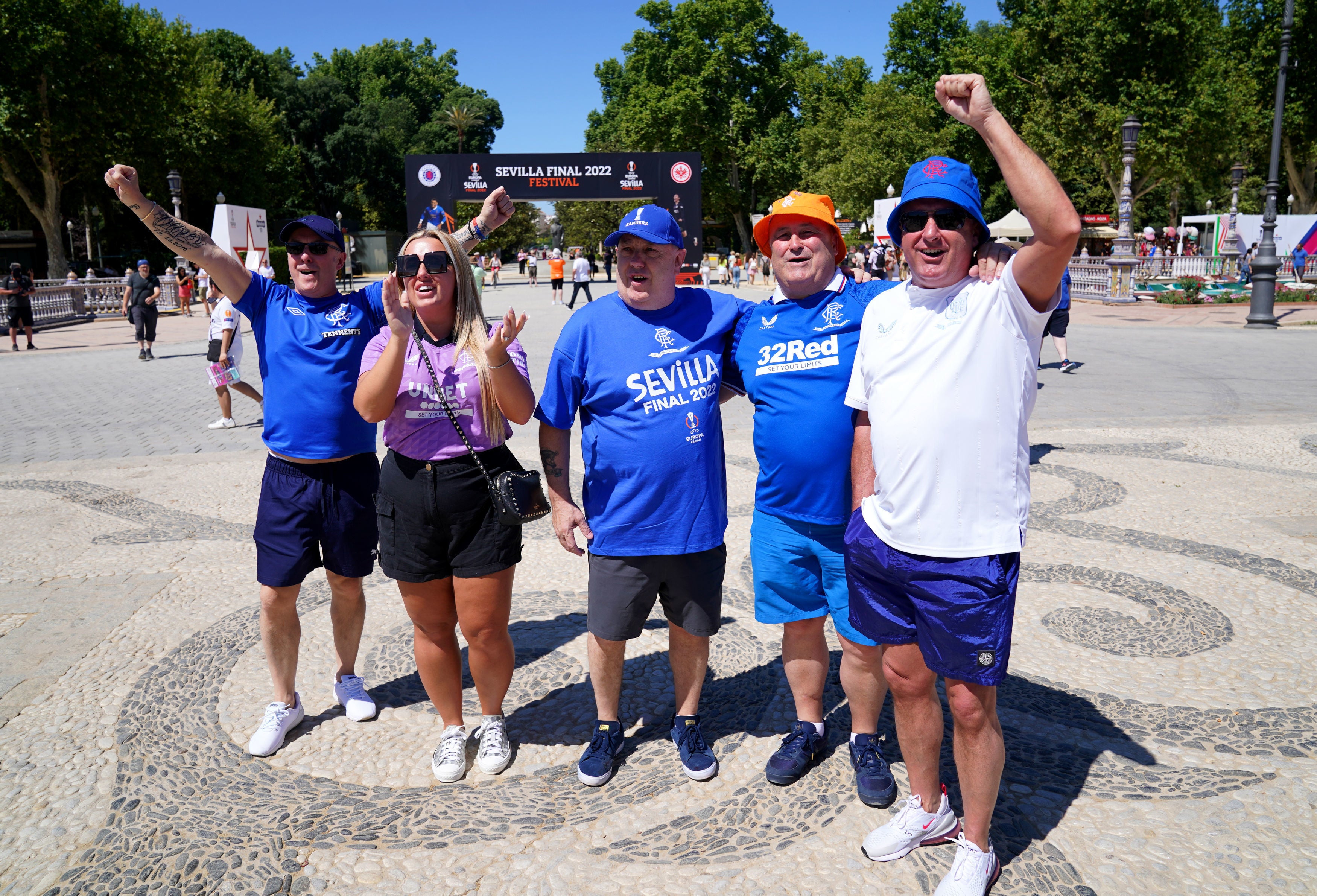 “Enjoy it and don’t leave anything negative behind.”

David Graham, director of communications at Rangers and board member, said: “It’s worth saying that we are grateful for the engagement with the Spanish police, with the police back in the UK as well as the Government in the UK.

“We are confident we have done a significant amount of engagement. We had a security team, a football operations team, out here last week.

“We know our fans will get out and make a noise and we know they will behave themselves and represent the club well.” 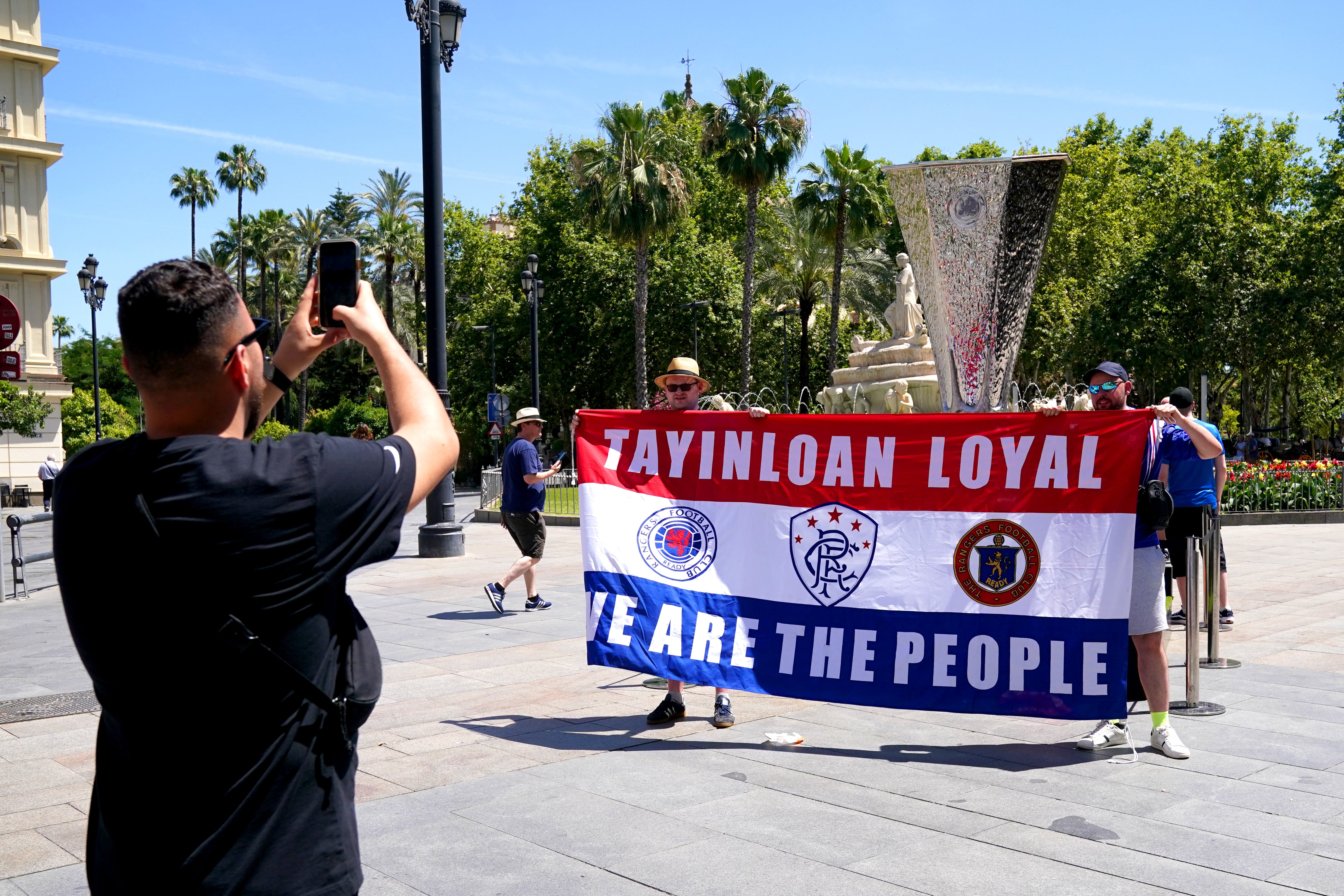 Midfielder Ryan Jack admits seeing so many supporters in the city will put a spring in his step.

He said: “Definitely. You see the fans travelling in numbers and all sorts of routes to get here to support us.

“It is unfortunate that only some will get in the stadium but for us, we take a lot of pride in that support we get and backing we get.

“I said before we are just the lucky ones who get to play in the final, there is 100,000 people who would want to be in our position.

“We have to put in a good performance tomorrow night and make them proud.” 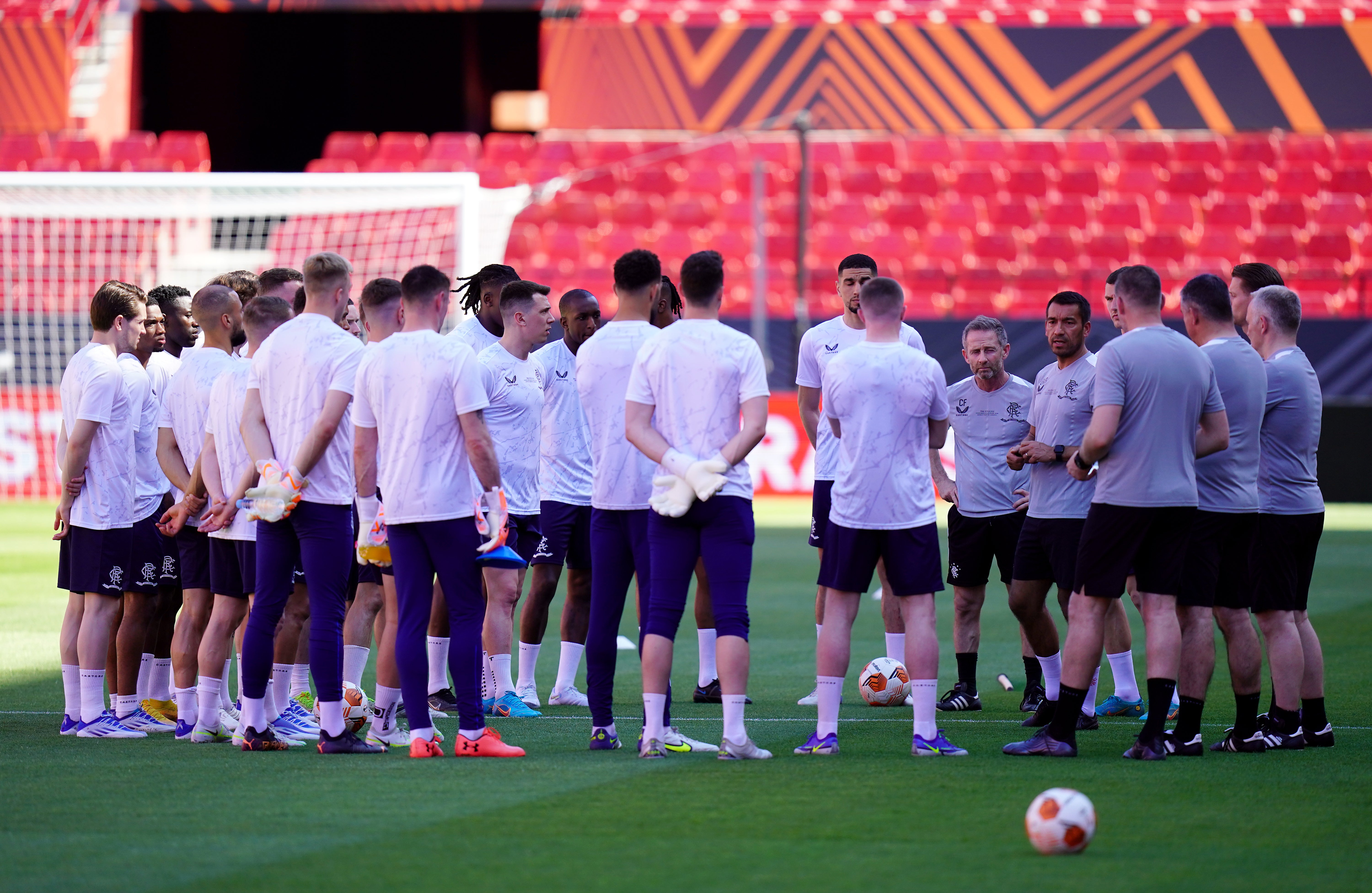 Rangers trained in the Spanish sunshine following the press conference and Van Bronckhorst is confident that the temperature will not be too much of a hindrance.

He said: “Well it’s different from Glasgow, that’s for sure.

“That’s why we went one day early. We went a walk at the time of the kick-off and we’ll prepare today with a light session to get used to the heat. At nine o’clock I think it will be a lot less. 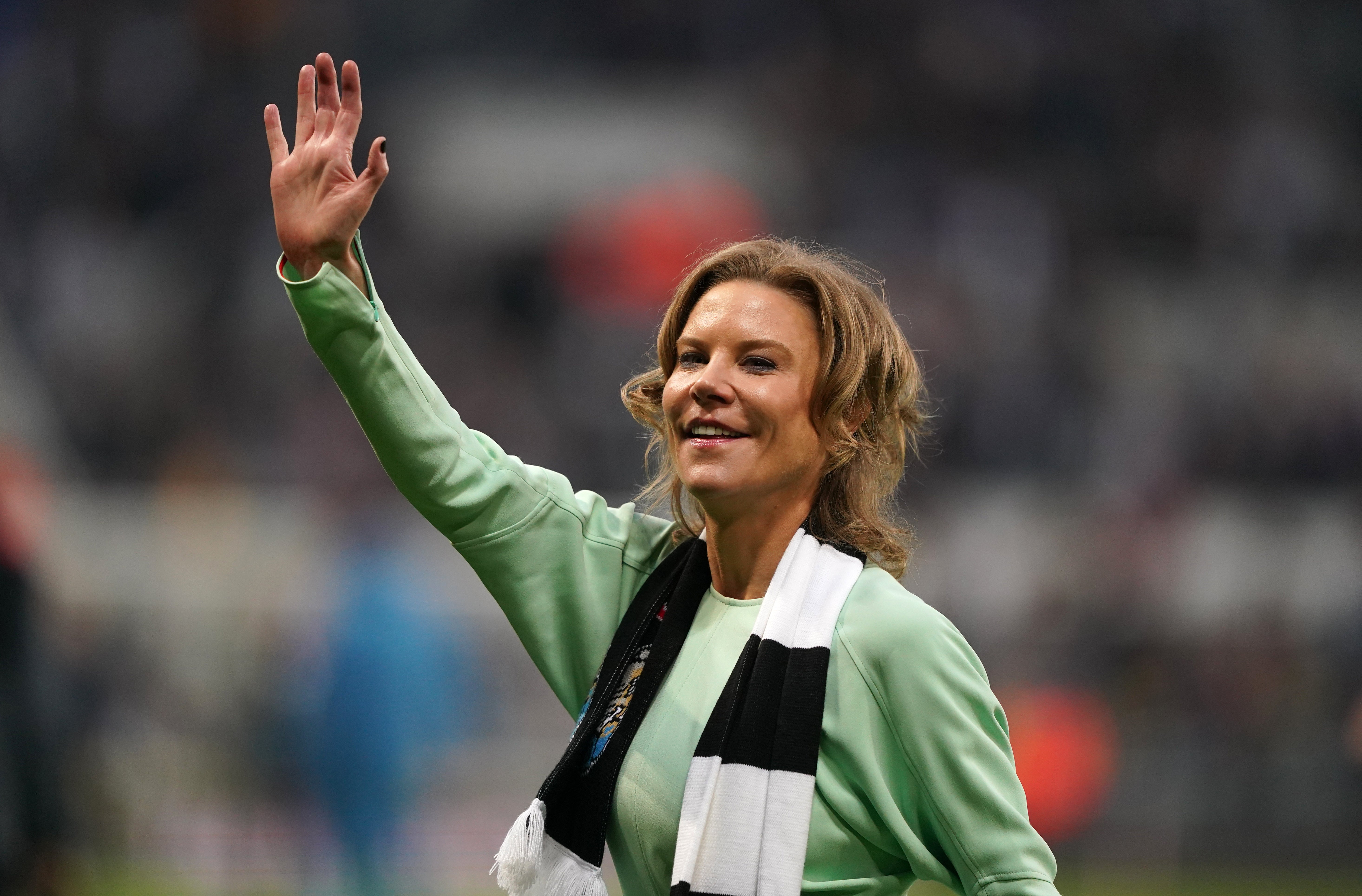 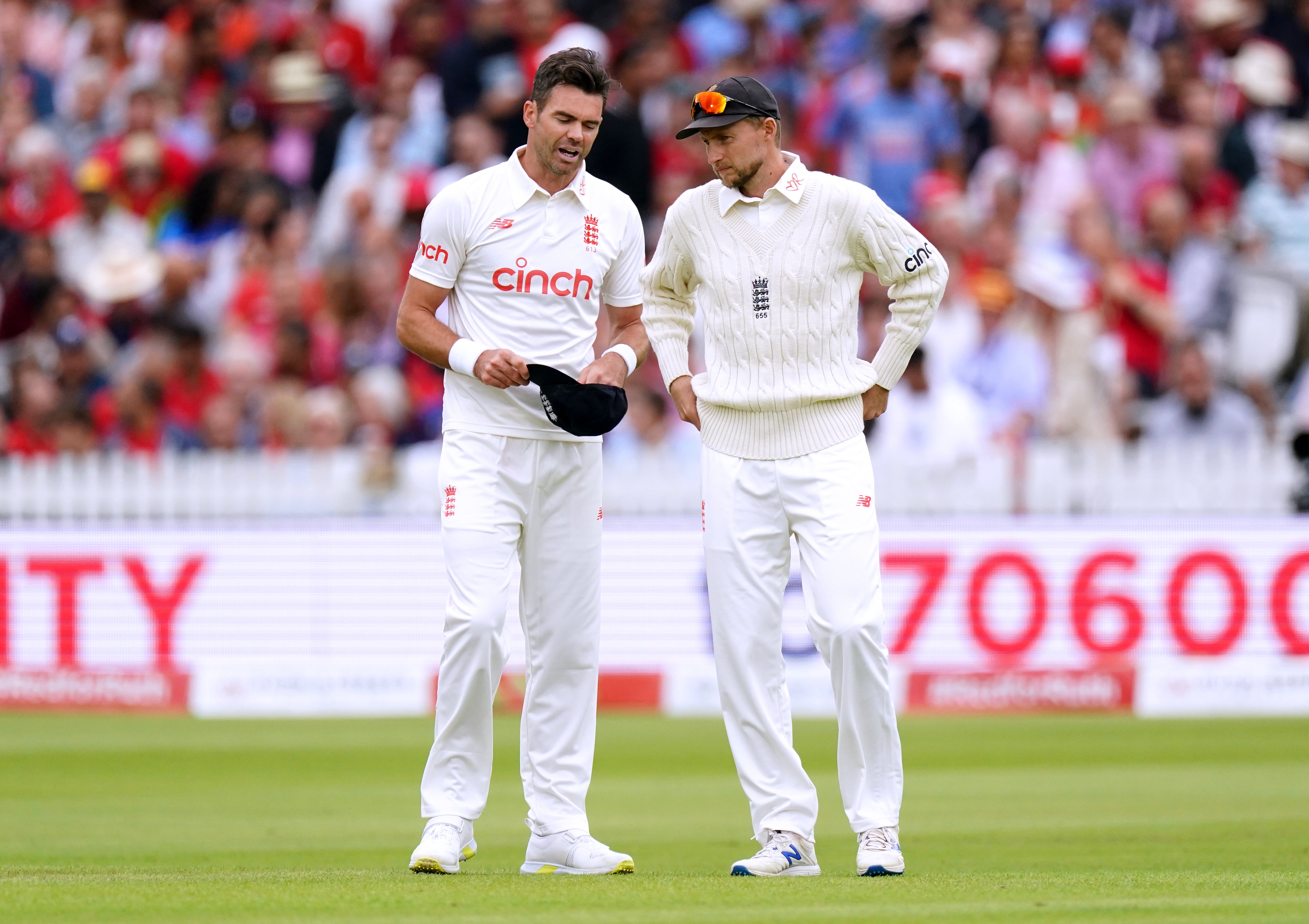 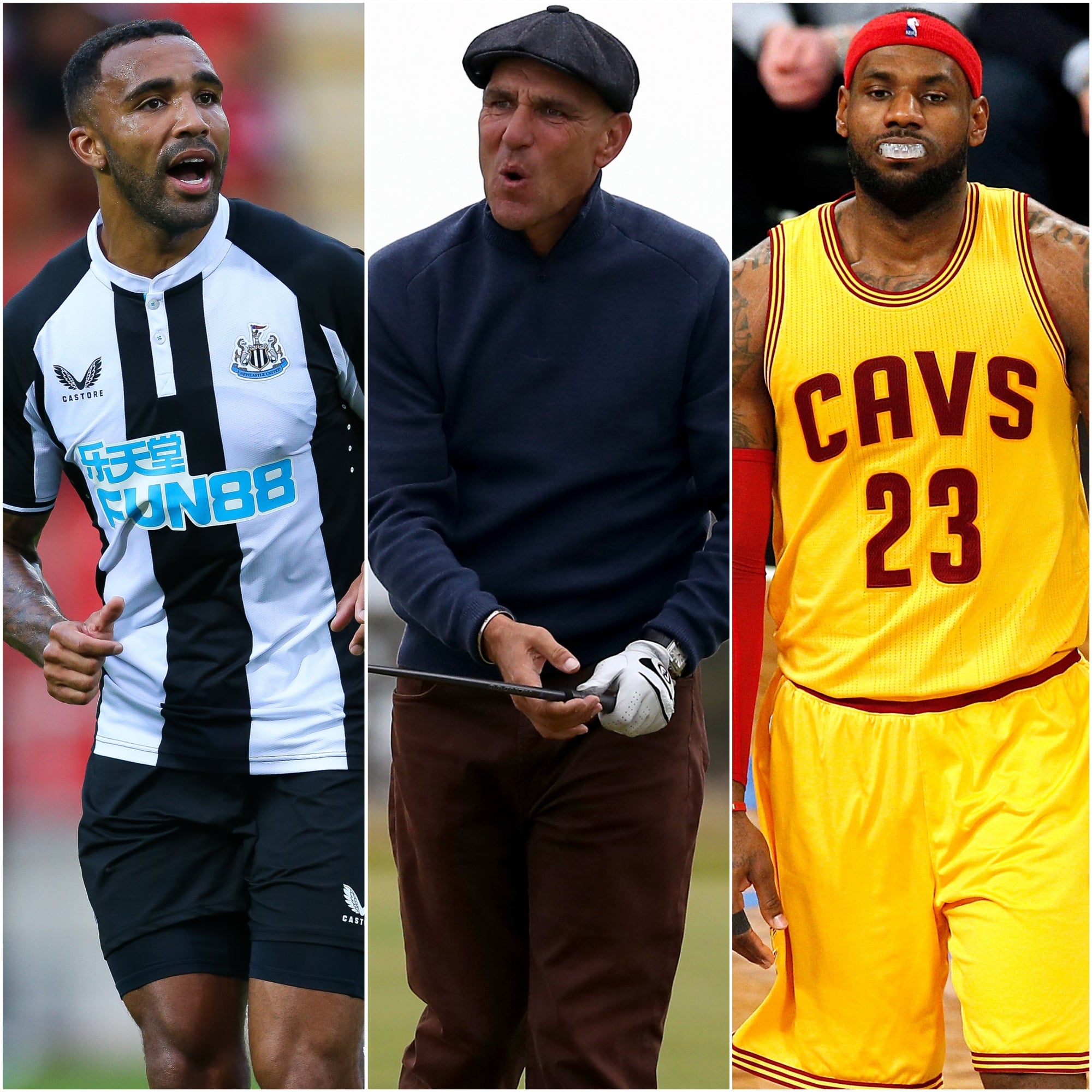 I played many years here (with Barcelona) in Seville and normally we kicked-off at 10 o’clock. Now it’s one hour earlier. But we’ll be ready.

“The mood is very, very good. We’re all excited of course to play the final.”