Giovanni van Bronckhorst delighted as Rangers complete the £5.3m signing of Turkish left back Ridvan Yilmaz, with Alfredo Morelos getting closer to signing a new contract

Giovanni van Bronckhorst insisted Rangers have landed a player already used to a winning environment after completing the signing of Ridvan Yilmaz on a five-year deal.

And the Ibrox boss delivered further upbeat news by revealing that star striker Alfredo Morelos was ‘very positive’ about agreeing a new contract with the club.

Besiktas claimed that the £5.3million deal for Yilmaz, who is Rangers’ seventh summer addition, is made up of a £3.4m initial fee plus £1.9m in add-ons and a 20-per-cent sell-on clause. 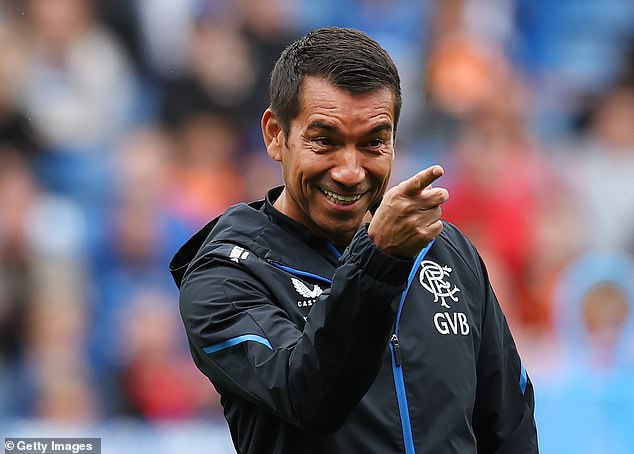 Sportsmail last week revealed Rangers’ interest in the 21-year-old, who was in the final year of his contract in Istanbul.

A product of the Besiktas youth system, he helped them capture the 2020-21 league title and has Champions League experience as well as six caps for Turkey.

‘I am really pleased to have added Ridvan to our squad and I believe he will bring quality,’ he said.

‘I have been really impressed with his development in a really demanding, winning environment at Besiktas over the last few seasons.

‘I am looking forward to welcoming him to training and to seeing him in action for the first time.’ 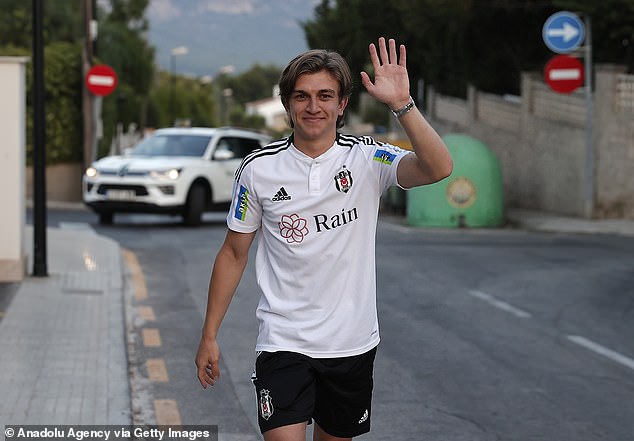 Yilmaz arrives at the club on a five-year deal for a £5.3million fee and is ‘delighted’ to join

Eintracht Frankfurt moved for Yilmaz earlier this summer but that deal stalled in a dispute over payment terms.

The defender was eager for a new challenge and is thrilled to have landed at Ibrox.

‘I am delighted to be joining a club the size of Rangers and am looking forward to meeting my new team-mates,’ said Yilmaz.

‘This is a club who have shown they can compete against some of the best teams in Europe and I am really excited by the challenges ahead.

‘I have heard so much about the Rangers supporters and I can’t wait to play in front of them.’

Morelos, who is in the final 12 months of his Ibrox deal, has rejoined training as he steps up his recovery from a thigh injury. Van Bronckhorst is eager to have him back in action and hopes there could also be confirmation of a contract extension. 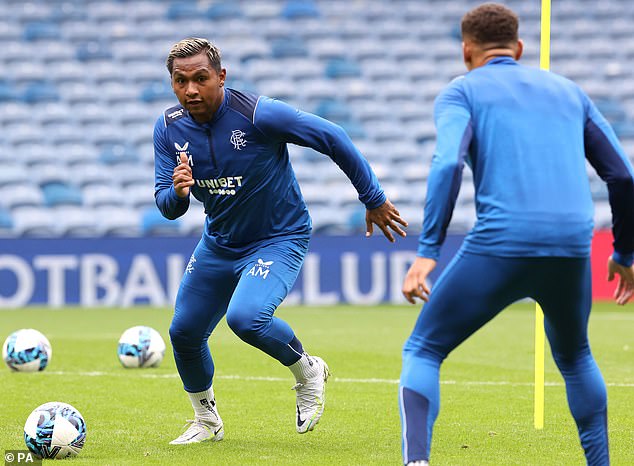 ‘I am only looking at his physical fitness at the moment,’ he said. ‘He’s been out for a long time but is working really hard to get back to the levels he has to be at to perform in games.

‘Of course, the other issue is the contract. He is very positive about signing a new one. We are doing our best to get Morelos to sign a new contract as well.

‘Hopefully, in the next coming weeks, we will sort it out.

‘Every session, he looks better and sharper, so we are monitoring his development.’