Bayern Munich star Leroy Sane has been ruled out of Germany’s World Cup opener against Japan with ‘a knee problem’.

Hansi Flick’s side completed their final training session before they travel to Doha in preparation for their first Group E game – however the Bayern winger wasn’t present for the session.

The national side confirmed that the 26-year-old will not be available for the first game but there remain hopes that he’ll be able to feature later in the group. 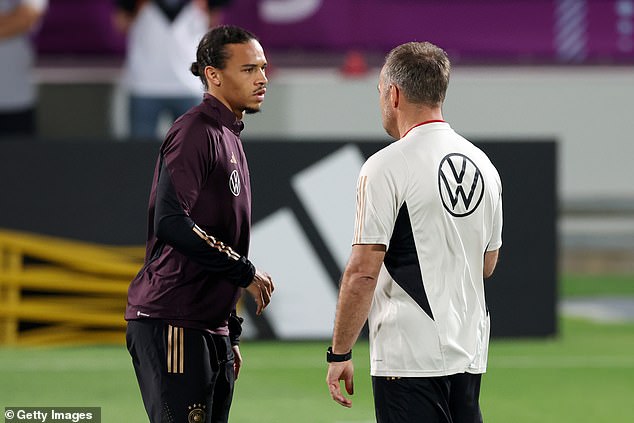 A statement from the DFB said: ‘The German National team must be without Leroy Sane in her World Cup opening game against Japan on Wednesday.

‘The 26-year-old offensive player from champions FC Bayern Munich is unavailable against the four-time Asian champions due to knee problems. The remaining 25 players of the German World Cup squad took part in the final training session in Al-Shamal.

‘After lunch, the four-time world champions’ squad head to Qatar’s capital, Doha, where captain Manuel Neuer and company will spend the night before the opening game.’

Sane’s absence will be a crushing blow to Flick’s side given his impressive contribution to the national team recently. The Bayern winger registered four goals and four assists in their World Cup qualifiers.

He’s also been in scintillating form for his club and has eight goal contributions from 13 Bundesliga appearances this term. 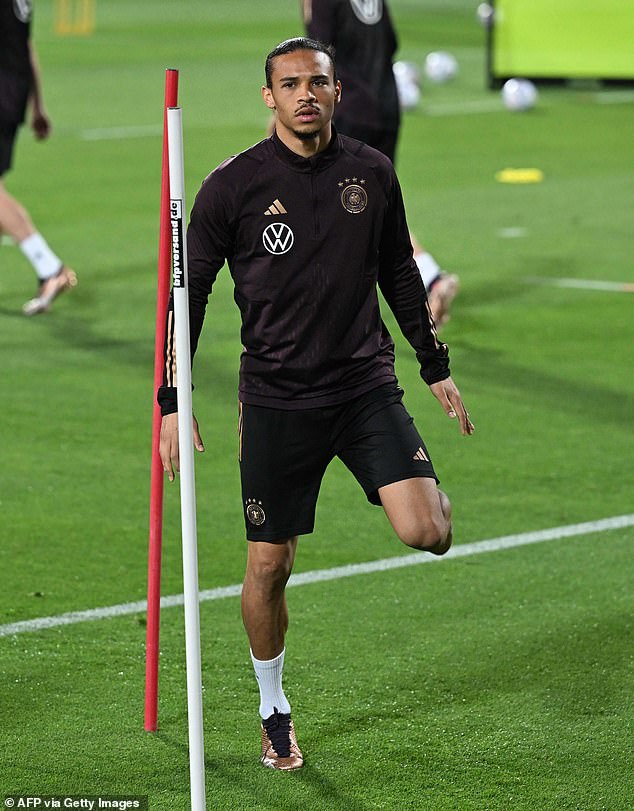 Sane had been expected to start against the four-time Asian Cup champions however Flick will have a number of other exciting talents to choose from.

Chelsea’s Kai Havertz, Dortmund’s Karim Adeyemi and Bayern team-mates Serge Gnabry and Jamal Musaila are all in contention to start for Flick’s side.

Elsewhere in the group, Spain will take on Costa Rica. After Japan, the Germans will then face Luis Enrique’s side in what should be one of the best group stage games.