Gerard Pique urged Barcelona to address the ‘very urgent’ problems at the club after more dropped points against Osasuna on Sunday.

The Catalan side led twice at El Sadar but gave up the lead on both occasions to draw 2-2, a result which leaves them eighth in the table, a whopping 18 points behind rivals and league leaders Real Madrid, albeit with a game in hand.

And vice-captain Pique issued a fierce rallying cry to his team-mates to pull themselves out of the ‘critical situation’ at the Nou Camp. 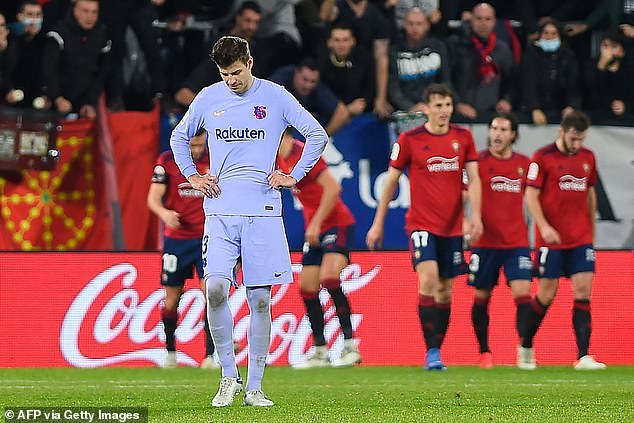 Barca twice gave up the lead to draw 2-2 against Osasuna on Sunday, dropping more points

He told Marca: ‘I think we played well, and we competed at a very difficult ground. Their game is based on set-pieces. In the end, it came to a loose ball at the edge of the box.

‘It’s a shame because I think it was a good game, when you consider where we came from. We leave with one point, unhappy with the result. We have to take three from each game.

‘The objective now is to think about the next game, only in the short term. We know that in the long run these youngsters are going to be very good for the club. But we have to get results. Win and win again. It’s really urgent. We’re in a critical situation.’ 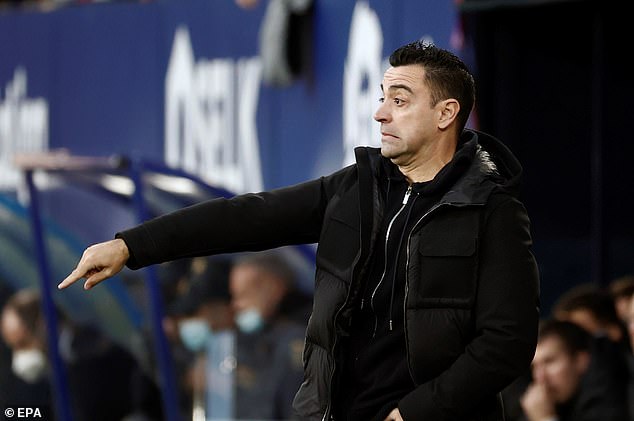 His comments, seeming to suggest the numerous youngsters being blooded in the first team – while good for the future – might be hindering the side in getting results presently – seem odd.

David Garcia had equalised two minutes after Barcelona’s opener, with Chimy Avila striking with a confident finish with less than five minutes left to frustrate Barcelona further in Pamplona.