Gary Lineker and his BBC colleagues go WILD after Luke Shaw’s opener in the Euro 2020 final vs Italy at Wembley, with Alan Shearer, Rio Ferdinand and Frank Lampard fist-pumping and jumping for joy

Gary Lineker and his fellow pundits went wild in the BBC studios after Luke Shaw’s opening goal in the Euro 2020 final. 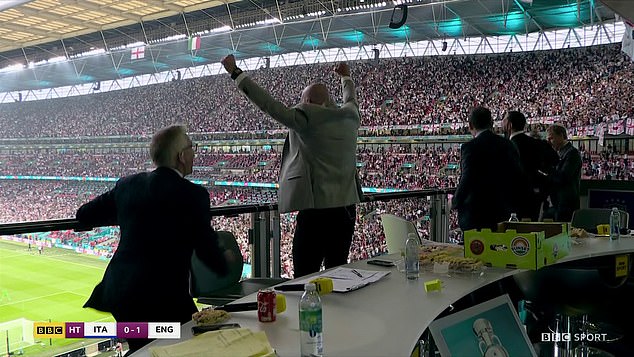 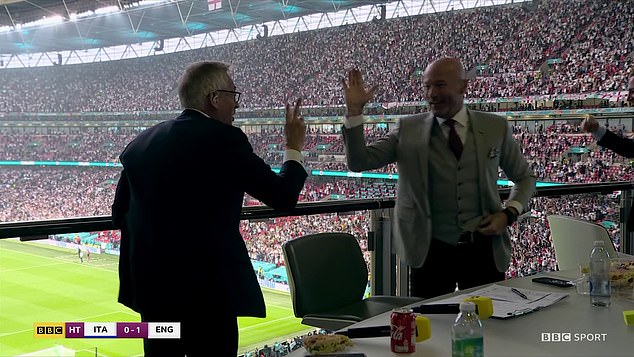 Match of the Day host Lineker introduced a montage of supporters up and down the country celebrating the goal, with videos from Manchester, Boxpark Croydon, Trafalgar Square, Leicester and Coventry.

Finally, in what seemed a surprise to Lineker and his fellow pundits, the channel introduced a camera showing inside the media box.

Lineker turned to his colleagues while Ferdinand and Lampard fist-pumped and Alan Shearer raised both arms in a slightly tweaked version of his classic one-arm-up Newcastle celebration. 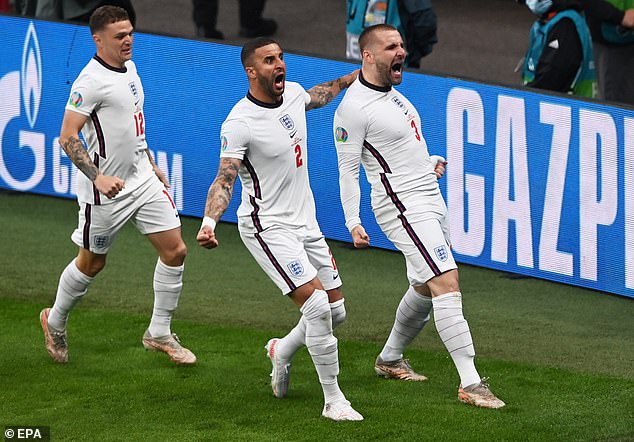 The Premier League’s record goalscorer of all time then opened his palms and jumped up and down like someone at a rave, before high-fiving Lineker.

Leonardo Bonucci equalised from close-range in the second half against Gareth Southgate’s side and the game descended into stalemate before going to extra time.

Related posts:
Previous Post: Prince George beams with joy and celebrates England’s goal with William and Kate
Next Post: Is VAR being used at Euro 2020?