Gareth Southgate has challenged his England heroes not to go ‘soft’ in the euphoria of Sunday’s exhilarating Euros win over Croatia.

Raheem Sterling’s strike provided the Three Lions with a victorious start to their European Championship campaign, raising hope that England can win their first major tournament since 1966.

But Southgate quickly brought his team back down to earth with a bump, saying: ‘This is the big challenge now, we are delighted with win and the players are happy. 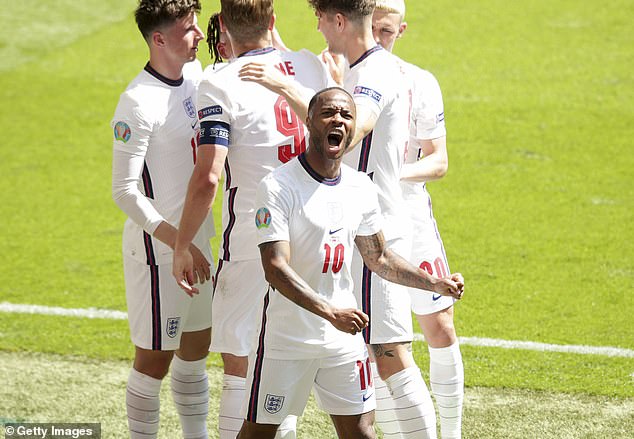 ‘It’s a positive step in terms of qualification but one of hardest things in sport is to come back to where you were before the game for the next game.

‘You can get a bit glowing, a bit soft – a bit puddingy when you poke the finger in the belly – we have to make sure we’re ready for an incredible game against Scotland.

‘We have to find that. We should enjoy tonight because you have to enjoy your wins in tournaments but focus now. Our first objective is qualification, we haven’t done that yet and we have a very important game for us and the fans on Friday night.’ 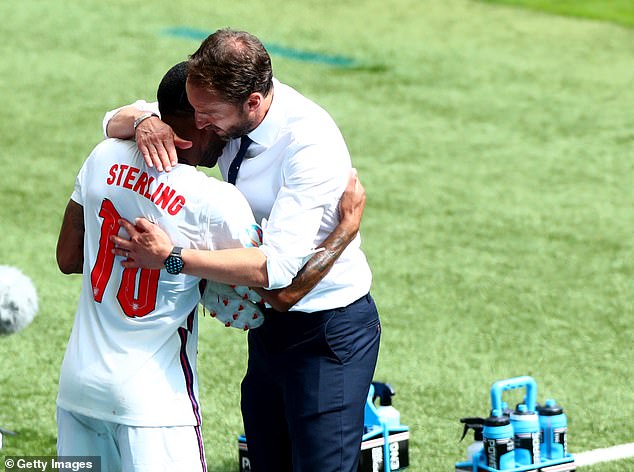 Declan Rice, just moments after the victory, said: ‘We’re buzzing but (assistant manager) Steve Holland said after the game that we can enjoy the night but tomorrow we have to crack on.

‘The game on Friday will probably go down in our careers as one of the most memorable games we will ever play.

‘We know the history with Scotland. We know the type of game it will be.

‘We will travel back and have a laugh amongst the lads and enjoy it. Then we want to focus on the Scotland game and repeat the same performance.’ 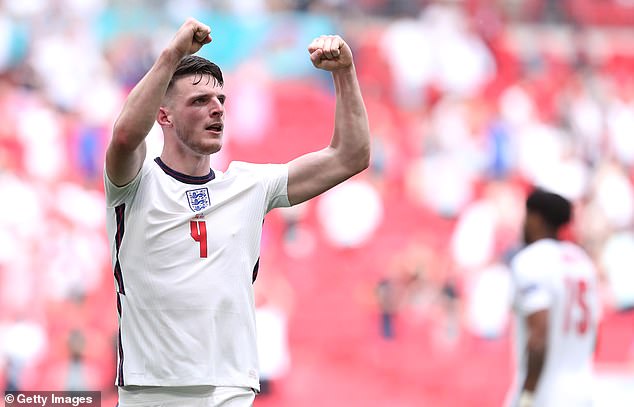 Declan Rice, just moments after the victory admitted the message has been drilled in to them

But while Southgate urged his players not to lose focus following Sunday’s elation, the England boss was full of admiration for the way his players, particularly his youngsters, handled the pressure of playing in a major tournament.

‘There’s some young inexperienced international players, against tough opposition, a big occasion, a sweltering hot day – there was every reason to look nervous from the start but they didn’t,’ said Southgate.

‘They were composed and carried out what we wanted to do brilliantly. Pressure is what we decide it to be, we have talked about it as a group – the opportunity to be first to do things. I didn’t realise today was first win in an opening game (at a Euros).

‘It’s for everyone else to get excited and throw their beer around. Brilliant to give joy to people but we’re on to the next.’ 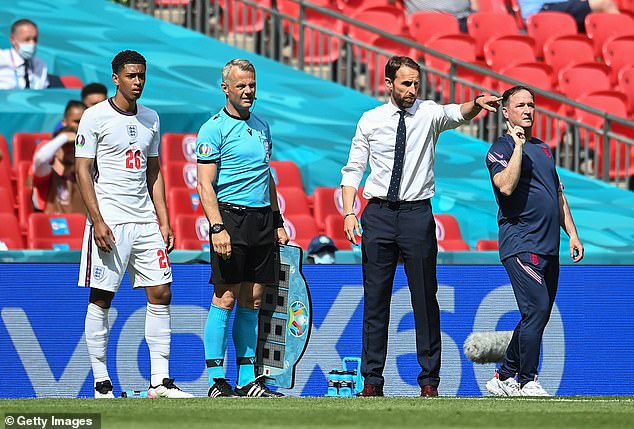 Southgate was full of admiration for the way his players, particularly his youngsters like Jude Bellingham, handled the pressure

Despite the victory, captain Harry Kane cut a frustrated figure as England failed to carve out any clear cut opportunities for their star striker.

But Southgate added: ‘I think he led the line really well. It was a game where he had to take a lot of physical buffeting.

‘A lot of the game for him today was to link and create spaces, which he did for the goal, to let others play.

‘There are days when chances will fall to him but today he was really tightly marked by their team.

‘They know what a threat he is – but he brings so much more to our team than the goals.’ 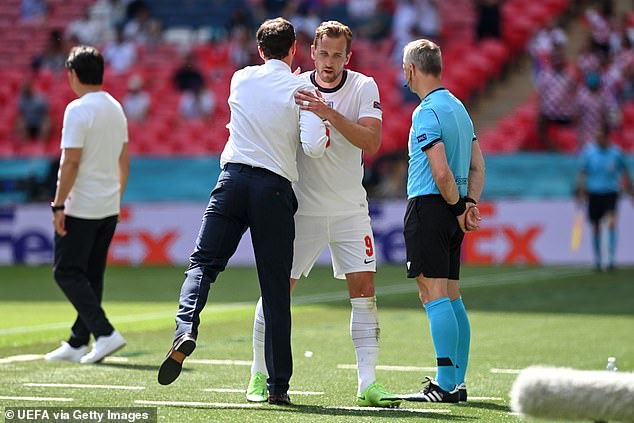