Missing me already? Gareth Bale warmly meets and greets his old Real Madrid team-mates as the Champions League winners train at UCLA on pre-season tour of the US – after Welsh winger joined Los Angeles FC from the Spanish side this summer

Gareth Bale has warmly reacquainted himself with his former Real Madrid team-mates in Los Angeles.

The Welsh winger left the Bernabeu this summer to join MLS side Los Angeles FC when his contract expired.

But Bale, 33, is clearly still very well regarded with his former colleagues, who greeted him with smiles and high fives. 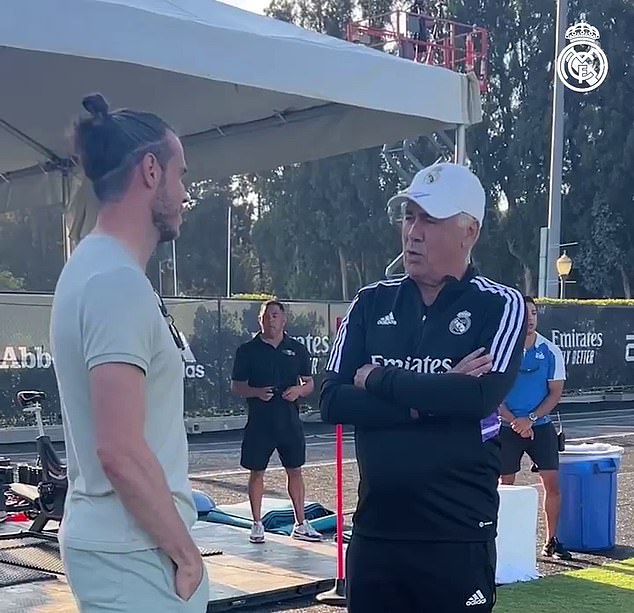 Bale, who left Real this summer to join MLS side Los Angeles FC, chatted with his former colleagues at the Champions League-winning side and spoke to boss Carlo Ancelotti (right)

Champions League winners Real are training at UCLA (University of California, Los Angeles) during their pre-season tour of the US.

And former Southampton and Tottenham star Bale, now playing in the west-coast city for Steve Cherundolo’s side, stopped by to say hello.

Los Blancos posted a video of the encounter on their official Instagram account with the caption: ‘Good to see you, @GarethBale11! ¡Bale presenció nuestro entrenamiento en UCLA!’, which translates to: ‘Bale witnessed our training at UCLA!’ 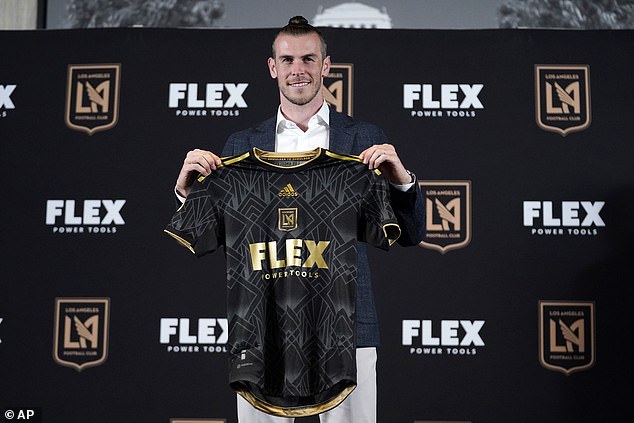 The Welsh winger, 33, joined on a one-year deal in order to stay fit for the Qatar World Cup

He has signed for LAFC on a short-term deal for one year with a view to keeping himself fit for Wales’ World Cup campaign in Qatar this winter.