Fulham striker Aboubakar Kamara left the club under a cloud on Monday as it emerged he refused to participate in a post-match training session following the game at West Brom on Saturday.

The French striker left Craven Cottage on deadline day, turning down a move to Championship promotion chasers Middlesbrough in favour of a return to his homeland with Dijon on loan.

But Sportsmail understands his departure was negotiated in strained circumstances after he declined to take part in a short training burst following Saturday’s 2-2 draw against Sam Allardyce’s men. 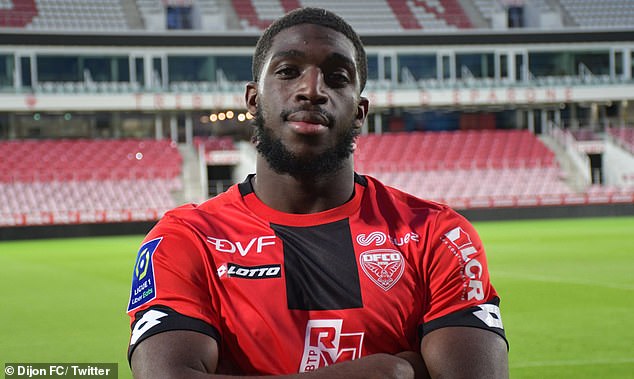 Kamara spent the entire match on the bench as an unused substitute but it is normal practice for replacements to undertake short training sessions, mainly consisting of running drills, after the full time whistle.

But Kamara, it is understood, did not complete his duties despite firm instructions from coaching staff to do so.

On Monday, just two days after the clash at the Hawthorns, Kamara was offloaded to Dijon, who are fighting relegation from Ligue 1.

The 25-year-old is no stranger to controversy at Fulham, who face Leicester tonight.

In January 2019, he was arrested on suspicion of assaulting a security guard at the club’s Motspur Park training facility – a story exclusively revealed by this newspaper – but no charges were brought forward. 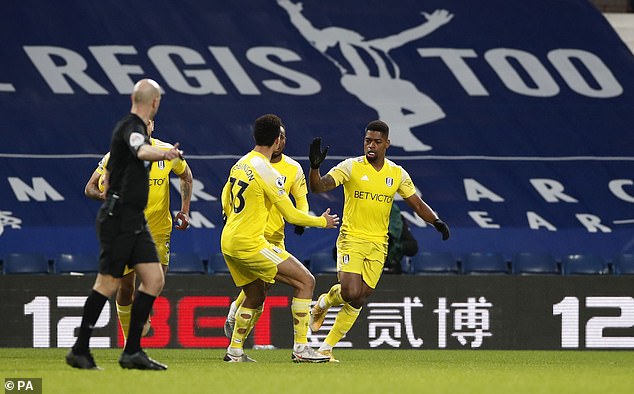 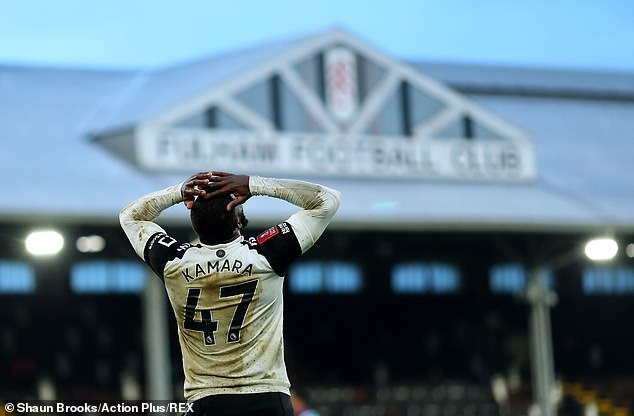 At the time, Kamara had been banished from first-team training by then manager Claudio Ranieri for being a disruptive influence, but he arrived at their HQ intent on resolving his future with club bosses.

He was promptly loaned out to Turkish club Malatyaspor.

But he returned to Craven Cottage last season to play a significant role in the club’s instant promotion into the Premier League, featuring in 29 games and scoring four goals – even signing a four-and-half-year new contract in December 2019.

He has continued to play a role in the top-flight this season, making 11 appearances – including two starts. He has also made three cup appearances.

But his Fulham career looks uncertain once more after he was allowed to leave following the weekend’s issue.

When asked about about the deadline day departures of Kamara and Neeskens Kebano, head coach Scott Parker said: ‘They haven’t played a lot of football.

‘To be fair to them, I can’t offer them guaranteed football. The best thing for the dynamics of the squad is for those players to go and get some football.’

Ranieri said he wanted ‘to kill’ Kamara after he insisted on taking a penalty against his manager’s orders in Fulham’s 1-0 win over Huddersfield.

The bizarre incident, made worse by Kamara’s subsequent miss from the spot, happened in the 82nd minute of the Premier League encounter with the score goalless at Craven Cottage.

As soon as the penalty was awarded, Kamara wrestled the ball from top scorer Mitrovic and ignored all attempts from his team-mates to get the ball back to the Serbian.

Kamara’s effort was saved by Jonas Lossl before Mitrovic grabbed a late winner to spare the Frenchman’s blushes.

2. Alleged fight with Mitrovic during a team yoga session

Kamara and Mitrovic were allegedly pulled apart after a fight during a team yoga session in the wake of their penalty row.

The fight was reportedly sparked when Kamara started speaking during a moment of silence.

Mitrovic told his fellow striker to ‘shut up’ in no uncertain terms and the pair had to be pulled away by other squad members.

Police were called to Fulham’s base in Motspur Park due to reports of an altercation involving the French striker.

Karama was arrested after the incident and was banned from the training ground and club activities.

He had already been banished from first team training by Claudio Ranieri.

4. Kamara leaves the club on loan after refusing to take part in post-match training, January 2021

Sportsmail understands his departure was negotiated in strained circumstances after he declined to take part in a short training burst following Saturday’s 2-2 draw against Sam Allardyce’s men.