Frank Lampard has been forced to spell out some harsh home truths to his Everton players about their precarious league position.

Publicly, Lampard has appeared supportive and positive in his first six weeks at Goodison Park. But after five defeats in his first six Premier League games, he says the gloves have come off behind the scenes.

Ahead of Thursday’s vital clash with Newcastle, he has told his squad they need to deal with the pressure of the relegation battle and the frustrations of fans who booed them off after Sunday’s 1-0 home defeat by Wolves.

‘I hope people aren’t taking my positivity as a sign of weakness,’ he said. ‘I try to be as positive as I can but don’t take that as things not being said behind the scenes — they certainly are.

‘I will sit here and talk about belief and confidence. That is one thing, but doing your job out on the pitch on a Saturday is another. And I’m not soft on that. The players know that.’

Everton are only above the drop zone on goal difference after a run of just two wins in 20 Premier League games.

Relegation is a nightmare scenario and Lampard has warned his players about the consequences.

‘I have spoken to the group a couple of times this week about where we are and what we need to do,’ he added. ‘I’ve been very open on the home truths there and on the performances as well. 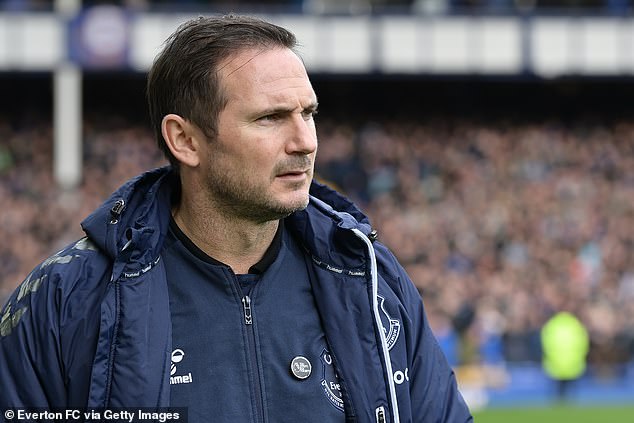 ‘To be publicly critical would be wrong. But behind the scenes every manager is the same; when it is your job to call things out then you come out with them.

‘Some mistakes in football can happen — it is a game of mistakes — but some repetitive things we work on need to get better.’

Lampard has told his players they have to be mentally tougher to deal with the ‘fear factor’ that comes with falling behind in games.

‘It’s clearly a big issue here, I’m not naive to that,’ he said. ‘From the minute I came here and the period before when I watched from the outside, I sensed it. There is a fear factor when the team is not winning games.

‘Part of my job is to try to help solve that, and that comes with communication to the players, to the staff. Anyone who can affect things needs to affect it positively. 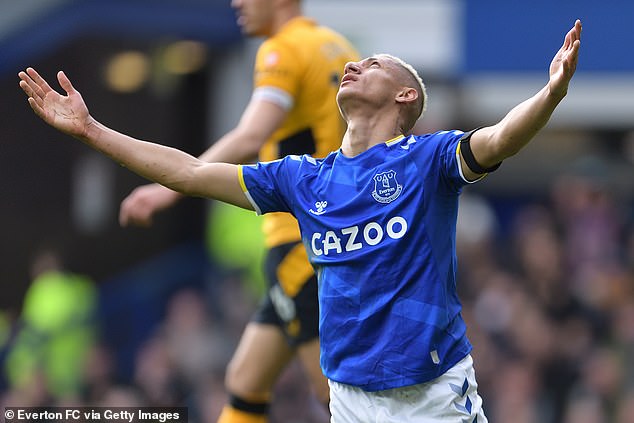 ‘You can be a cheerleader all week but come Saturday if things get tough and players don’t rise to that, it means nothing. So there’s a lot of responsibility on the players. They have got to be strong.

‘If you walk around in fear of relegation, there’s a good chance you’re adding to the possibility of it happening. We know where we’re at, it’s human nature to worry, but it’s about what we can action to change it.’

Dominic Calvert-Lewin has returned to training after illness ruled him out of the Wolves game and will be assessed ahead of Thursday’s match.

Related posts:
Previous Post: Protester tries to attach himself to goalpost during Arsenal vs Liverpool clash
Next Post: Saudis' golf fray to start at St Albans with jaw-dropping prize fund