Around the City Football Academy, they say Phil Foden absorbs instructions like very few others. That, among myriad outstanding qualities, gives him a real advantage in his quest to become one of this country’s finest.

‘When you tell Phil something, it sticks,’ one club source said. In this case, there is no need to take their word – the evidence arrived early on in his first major cup final.

Four minutes elapsed between Pep Guardiola’s subtle note to stay wider, to not drift infield, and Manchester City’s opening goal. Foden heeded the order, ghosting on the right, waiting patiently for Rodri’s clip. His header to Sergio Aguero resulted in the striker prodding City ahead. 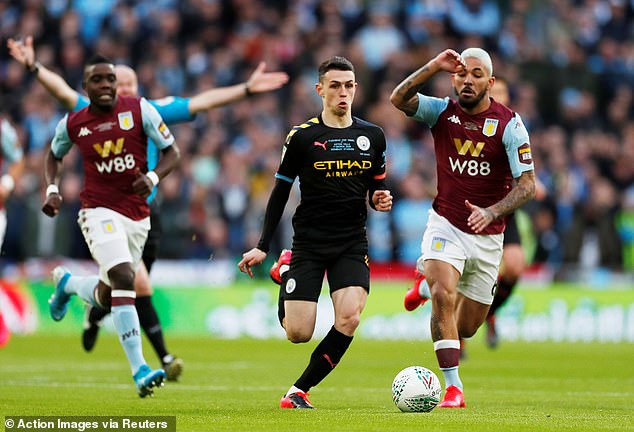 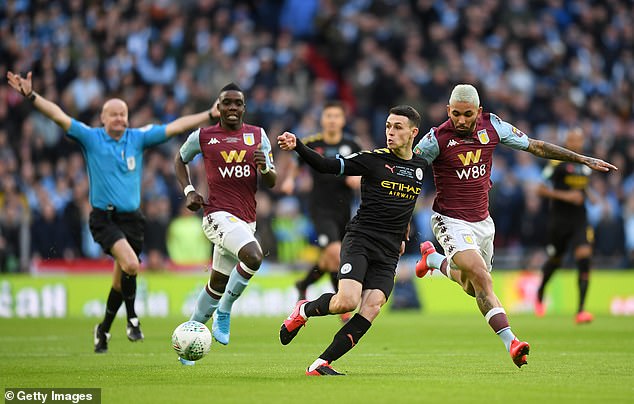 The cushion to Aguero represented intelligence betraying his tender years, nodding backwards to City’s greatest goalscorer. Many others, particularly those still in their teens, would have played the percentages across goal. But then again, he is not like many others.

It is why Guardiola is given such a hard time for a lack of starts. The 19-year-old would walk into the vast majority of Premier League teams already and a fair number, including at least one in the top eight, have pondered trying their luck in asking for him on loan.

City have never countenanced that idea, although you probably could not blame Foden if his eyes momentarily diverted elsewhere last January in pursuit of minutes. Naturally, his trust in Guardiola’s plan for him has been tested over the last six months as City cried out for energy in key matches. 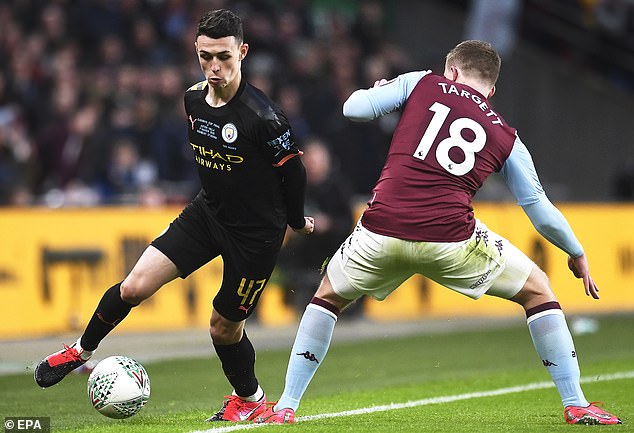 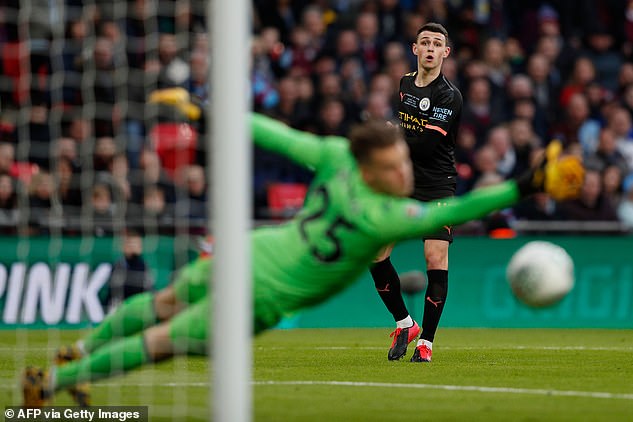 Of course, the poignancy of wearing the No 47 in tribute to his late grandfather, City-supporting Ronnie, diminishes if nobody ever watches him in a blue shirt.

‘He is always ready,’ Guardiola said. ‘Phil’s so fast and clever in tight spaces. Today he was under pressure but it is a winning experience for his mind. He belongs here, no problem.’

Foden must hope this start, his seventh since November, and subsequent performance cements regularity in selection, certainly as David Silva’s time draws to a close. His mentor, Silva, has not looked the same player this season, with Guardiola crying out for more legs in midfield. 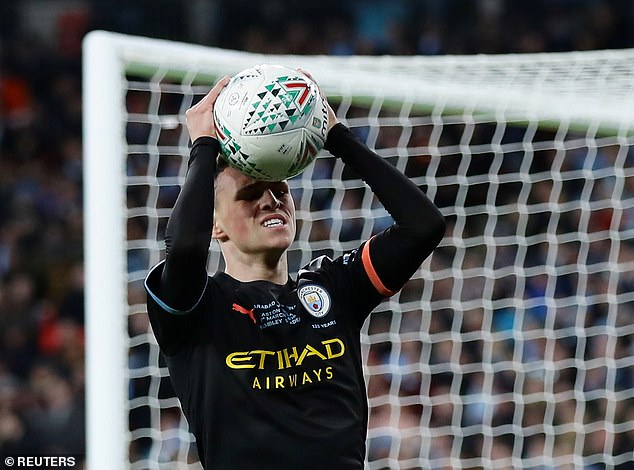 Foden can and does give them that, often holding off more than one Villa challenge when slaloming forward, his low centre of gravity a menace for jockeying defenders. He is defensively tenacious when tracking back, even from the same right wing berth that Guardiola deployed him in for an away victory at Arsenal before Christmas.

He was City’s most progressive player that afternoon at the Emirates. The same at Dinamo Zagreb a few days earlier, despite a Gabriel Jesus hat-trick earning headlines. A similar argument can be made in this final, where he completed 90 per cent of his passes and sent Matt Targett dizzy.

‘An unbelievable day,’ was Foden’s assessment. ‘Every minute counts and I’m very proud of my performance today.’

One sublime first touch with his outstep drew gasps and Villa failed to dispossess him once yesterday (SUN). City and England staff struggle to take the ball off him at the end of training, too, Foden clutching to it as long as possible. Given the chance, he would still be out on the Wembley grass now.