Dele Alli could be sold by Everton after just six months, as the midfielder’s career goes from bad to worse. The former Tottenham star was once labelled with a £100million price-tag after flourishing under Mauricio Pochettino, but Frank Lampard has already lost patience.

Lampard could look to sell Alli this summer in a bid to raise much needed funds, according to The Sun.

Alli made the headlines for all the wrong reasons on Thursday as the midfielder managed to miss an open goal from three yards out during Everton’s humiliating loss to Minnesota United. It was a brutal end to the Toffee’s pre-season tour of the United States, but Alli did make amends against Blackpool on Saturday by scoring a brace in a 4-2 win.

However, the report claims that Everton are ready to cut their losses with Everton potentially owing Spurs up to £40m depending on performance related clauses. Everton are amid financial turmoil, and cannot afford to allow players to coast in the squad if they face another relegation battle.

Alli moved to Goodison Park in January on a free transfer, although a bizarre deal with Tottenham meant that the Toffees would have to pay up every time the midfielder triggered a particular clause. One of those terms is that Everton must pay Tottenham £10m when Alli makes 20 appearances, and with the midfielder already on 11 outings it won’t be long until it’s triggered.

Lampard took a chance on the midfielder as the star that was once tipped as the next big thing has been left fighting to save his career. But even Lampard has lost patience with Alli, with the Everton fans also speaking out against his inclusion due to recent performances. 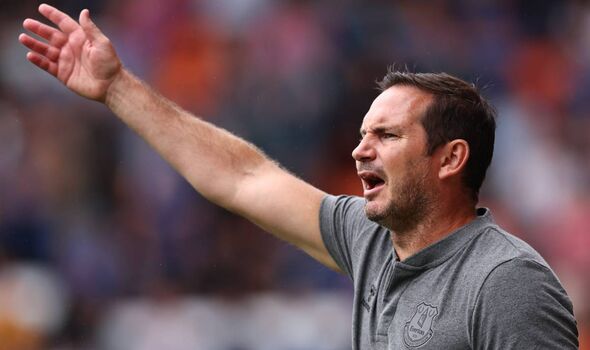 Alli is reportedly one of several players that Everton are looking to move on this summer, with the club needing to sell in order to fund further deals due to their difficulty with FFP. The Toffees have already lost Richarlison to Tottenham in a deal worth £60m, and so far have only signed James Tarkowski on a free transfer.

Everton have reduced their wage bill by letting Cenk Tosun and Jonjoe Kenny leave on free deals this summer, but business has been muted at Goodison Park as Lampard is left with little tools to work with. It’s expected to be another tough season for Everton, and it’s yet to be seen if Alli will be there.