Everton defender Djibril Sidibe has joked that he will try to put Anthony Martial off his game inside the tunnel at Goodison Park this afternoon, provided the two Frenchmen both play. The Toffees host Martial’s Manchester United at 2pm.

France internationals Sidibe and Martial could reunite for the first time since the former’s switch to England.

The on-loan Everton right-back missed the reverse fixture between the two teams at Old Trafford in December.

Once linked to United, 27-year-old Sidibe is on loan from Martial’s former club Monaco – though the duo never played alongside each other in their homeland, with Martial heading to the Red Devils a couple of months after the former arrived in the principality.

They are certainly familiar with each other though, Sidibe having played for Lille before then and having earned 18 international caps, exactly as many as Martial, for France.

Sidibe has established himself as Everton’s first-choice right-back in recent months having contributed five assists in 22 appearances across all competitions. 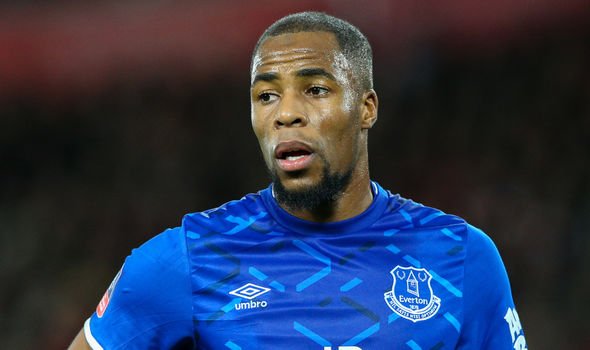 Meanwhile Martial has spent five years at United since his switch from Ligue 1 and is enjoying the finest campaign of his career in terms of productivity.

The 24-year-old has produced 15 goals, to go with five assists, from 31 games for the Red Devils this term having scored in back-to-back games, netting in the wins over Chelsea and Watford.

He was absent from the midweek Europa League thrashing of Club Brugge, however, after failing a late fitness test and was not reported among the arrivals at The Lowry Hotel last night – meaning he could potentially miss today’s trip to Everton.

Ole Gunnar Solskjaer admitted on Friday that he was not sure of the forward’s fitness and said that Martial would have a scan over the weekend to assess whether or not he is ready to play at Goodison. 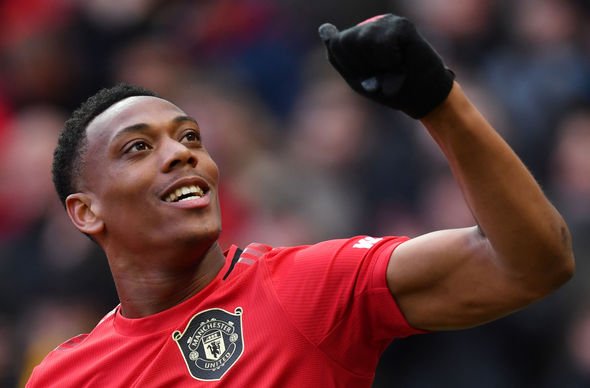 But Sidibe has a plan to get inside Martial’s head if his countryman does line up across from him in the tunnel this afternoon.

“There might be a bit of chat and mickey-taking! You’ll say things like: ‘You’re doing well at the moment, take it easy today and in the next match you can really go for it!” he joked.

On the pitch, Sidibe is also more than prepared to put his friendship with his former team-mate aside as Carlo Ancelotti’s men seek to climb into the top half of the table and boost their hopes of qualifying for European football.

“The biggest thing as a defender is to win your first one-to-one, that first individual battle,” he added.

“If you go in reasonably hard then psychologically you’ve made your mark. Establishing yourself with that first challenge means they’ll know you mean business. 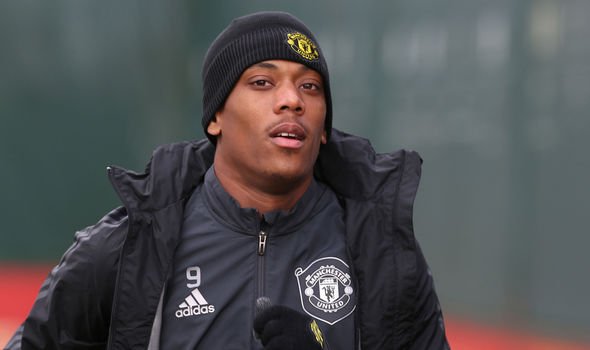 “But Anthony is more experienced now than he was at Monaco. He has an increased level of responsibility with Marcus Rashford, Jesse Lingard and Paul Pogba all missing.

“And I think he’s an even bigger danger now and threat than he was then because of his Premier League experience.

“He’s up against me. I’ve been alongside him with the national team as well so I know just what a handful he can be.”

Today’s clash could have big repercussions for Everton, who trail United by five points, as they look to clamber up the table.

The Blues take on five of the top eight in their next seven games, facing Chelsea, Liverpool, Leicester, Tottenham and Wolves.

Yet Sidibe is confident even if Ancelotti’s men suffer a setback this afternoon, their hopes of finishing as high as fifth – which could reward them with a spot in next season’s Champions League dependent on Manchester City’s two-year ban from the competition standing – are not over.

“I wouldn’t go as far as saying it’s our last chance, the final opportunity,” he continued.

“We have the quality to be right up there battling nearer the top, but it’s going to be a challenge for the rest of the season.

“United and Chelsea are slightly above us currently but I believe we have it in our locker to get up there.

“We all know about our manager, his experience and his success and I think we have a sprinkling of real talent throughout the team, up front and defensively.

“In order to achieve fifth, we’ve got to make sure we win every game at home and avoid defeat away. It’s a tall order – but we feel we have the tools to do it.”