Borussia Dortmund’s Erling Haaland struck the decisive goal in extra-time after having a previous strike ruled out to seal a 3-2 win at home to Paderborn to reach the German Cup quarter-finals on Tuesday after a dramatic fightback from the visitors.

Early goals from Emre Can and Jadon Sancho looked to be sending Dortmund through but Julian Justvan pulled a goal back for second division Paderborn in the 79th minute.

Haaland thought he had clinched victory for Dortmund when he scored in stoppage time but in a remarkable turn of events the goal was ruled out after a VAR review for an earlier foul in the Dortmund area, leading to a penalty for Paderborn. 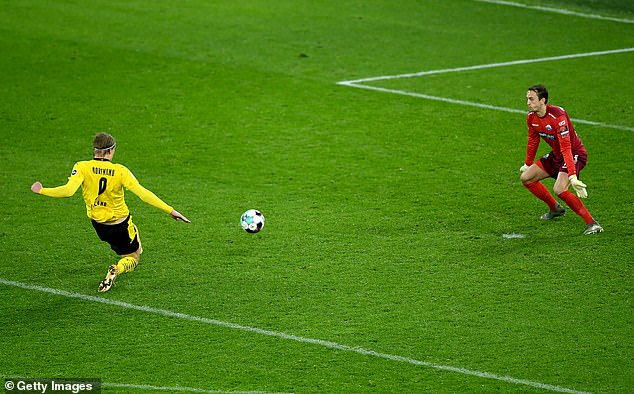 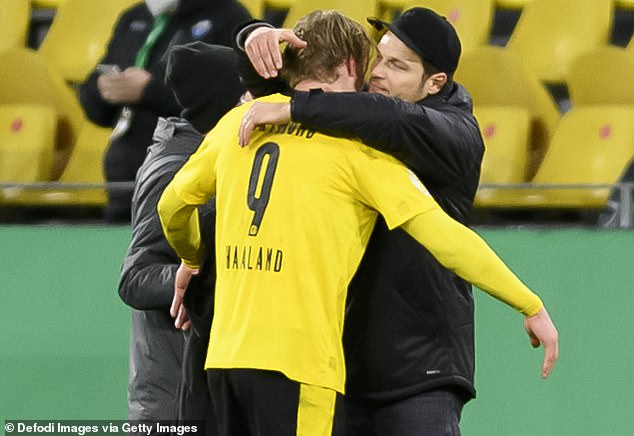 Prince Osei Owusu slotted from the spot in the seventh minute of stoppage time to force the extra-period.

However, Haaland promptly restored Dortmund’s lead in the fifth minute of extra-time and this time there was no sting in the tail.

There was another lengthy delay for the next VAR check to see if the Norwegian was offside for Delaney’s pass.

This time the goal was allowed, however, as Stieler determined there was a touch from a Paderborn player before the ball reached Haaland, who looked offside otherwise.

‘We have the pictures. He can look at them 20 times. To make a touch of the ball out of that is brazen.’

‘I hope that it was a great cup evening for the viewers. For us it was hard,’ Dortmund midfielder Thomas Delaney told broadcaster ARD.

Meanwhile, fourth division side Rot-Weiss Essen joined Dortmund in the quarter-finals after pulling off a stunning comeback in extra-time to beat Bayer Leverkusen 2-1.

After being held for 90 minutes, Bundesliga side Leverkusen pulled ahead just before half-time in the extra period through Leon Bailey but Oguzhan Kefkir equalised early in the second half.

Simon Engelmann snatched an unlikely winner in the 117th minute for Essen, who knocked out second division Fortuna Dusseldorf in the last round and last lifted the Cup back in 1953. 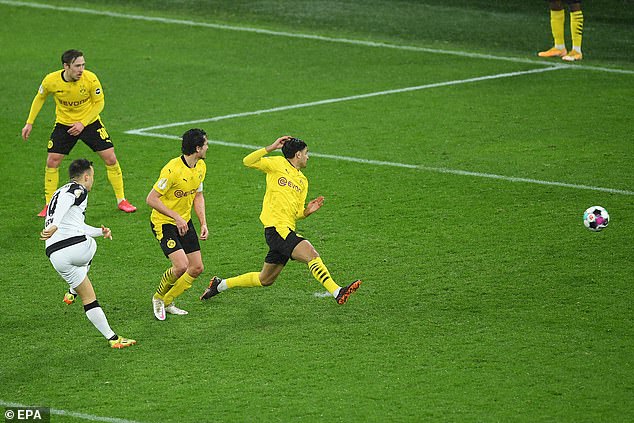 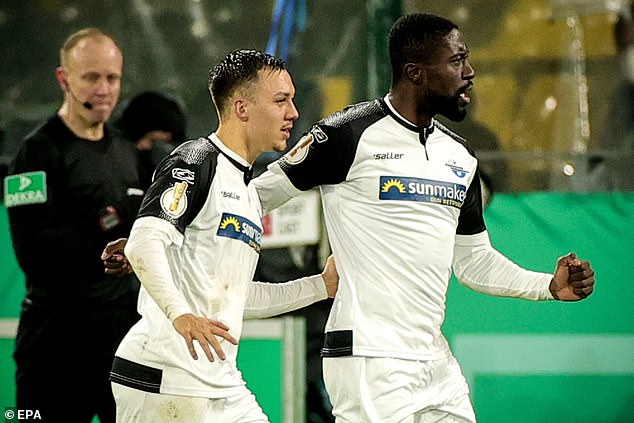 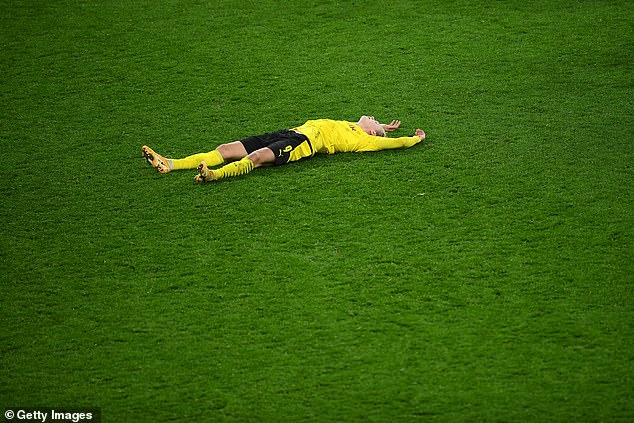 They have not been in the Bundesliga since being relegated in 1977.

Leverkusen, who fell to a third consecutive defeat in all competitions, are fifth in the German top flight.

Second division side Holstein Kiel followed up their penalty shootout win over holders Bayern Munich in the last round by beating Darmstadt 7-6 on penalties after a 1-1 draw.

Werder Bremen also made it into the last eight, beating Greuther Fuerth 2-0 at home.