Erik Ten Hag does not believe joining Manchester United at this low ebb is a risk, with the newly-appointed manager hopeful of breaking the Manchester City and Liverpool duopoly.

Sunday’s 1-0 loss at Crystal Palace was a fitting end to a wretched campaign in which the Red Devils recorded their lowest ever Premier League points tally.

Ten Hag was at Selhurst Park for United’s meek season finale and officially began work the following day, when the former Ajax boss stepped through the doors of Old Trafford for the first time.

The 52-year-old said “it feels like my home already” as he outlined his vision for the floundering team at Monday’s unveiling press conference.

“I don’t see it as a risk,” the Dutchman said of joining United. “I think this club has a great history – and now, yeah, let’s make a future.

“I’m really excited to do that with the people around, who are in the club. We bring some new people in with the staff. We will analyse the squad and we will go from day to day.

“Work hard, 100 per cent committed and then I’m sure we will get success.”

Ten Hag has to reshape and reinvigorate a group that boasts talent but stumbled home in sixth, sneaking into the Europa League thanks to West Ham’s inability to win at Brighton.

United finished an eye-watering 35 points behind champions City, who pipped Liverpool to the title in a season that could yet end with Jurgen Klopp’s Reds adding the Champions League to their FA Cup and Carabao Cup triumphs.

It is a big ask to break their rivals’ stranglehold but Ten Hag relishes the challenge.

“In this moment, I admire them both,” he said. “They play in this moment really fantastic football, both Liverpool and Man City.

“But you always see an era can come to an end and I am looking forward to battle with them, and I am sure all the other Premier League clubs will want to do that.”

Asked if that can be done before Pep Guardiola and Klopp leave English football, he said: “I think (so), yeah.” 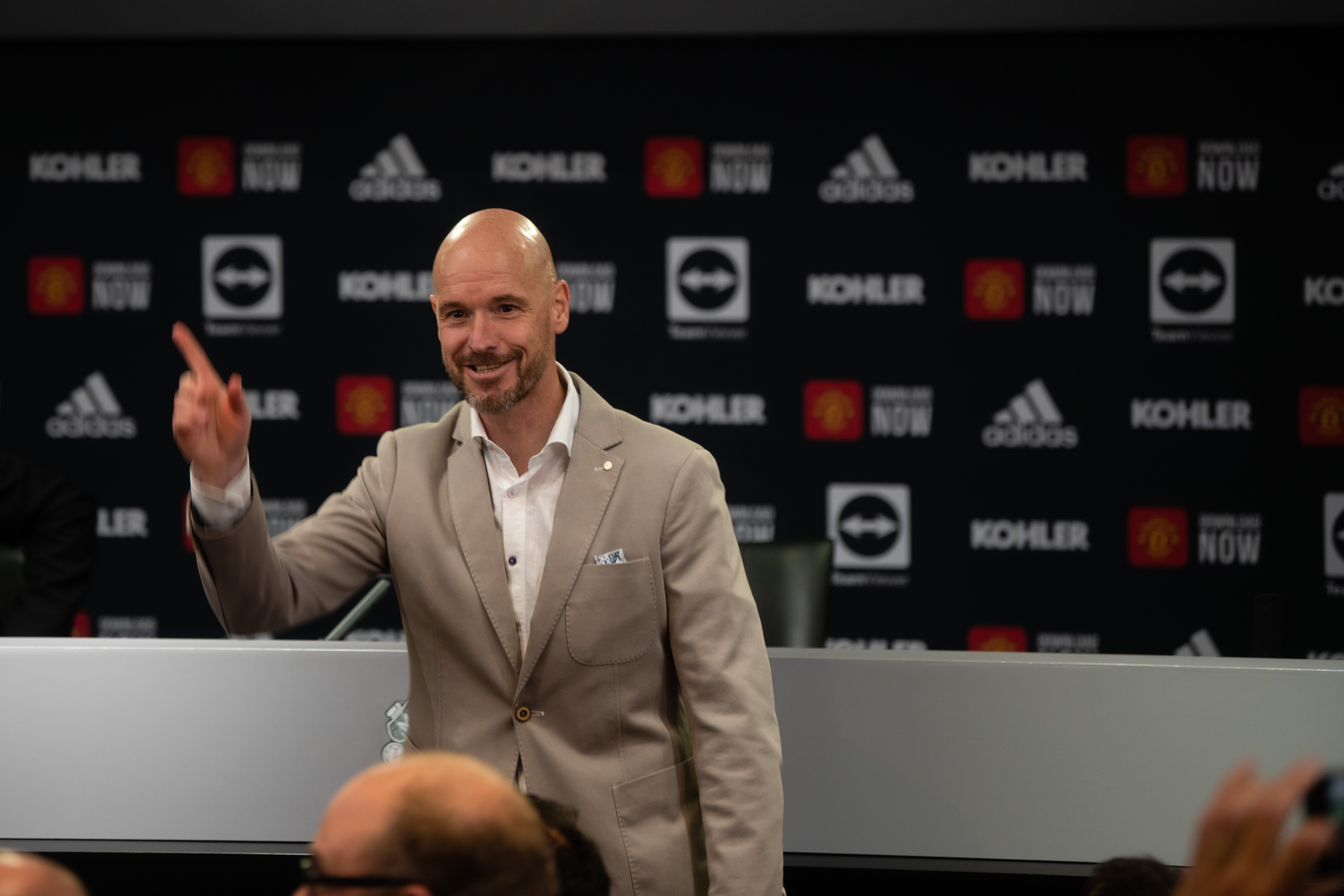 Ten Hag spoke with confidence about his plans for the club but was coy when quizzed about some matters – a marked change from the way predecessor Ralf Rangnick opened up to the media.

The German begins a two-year consultancy role at United after a poor interim stint in which he claimed open heart surgery was required to change the club’s fortunes.

“It’s part of my analysis,” Ten Hag said of his conversations with Rangnick. “I analyse by myself, I observe and I speak with a lot of people. But finally I will draw my own line.”

Asked if he endorsed Rangnick’s consultancy role, he retorted: “That is on the club.”

Ten Hag began the press conference by shaking hands with members of the media at Old Trafford, where he becomes the second Dutchman to take the hotseat.

Louis van Gaal has been open with his criticism of his former club since being fired after winning the 2016 FA Cup, saying in March he would advise Ten Hag to “choose a football club not a commercial club”.

“I spoke with Louis,” Ten Hag said. “I was at the premiere of his movie.

“I have heard but, as I said, I draw my own line. I’m convinced that this will not be the case and I spoke of course with the directors about it.

“You need the revenues to be in the top, so to do what’s necessary but football is one, two, three in this club.”

There are set to be some big changes to the squad this summer, with Paul Pogba, Jesse Lingard and Edinson Cavani among a number of players out of contract.

Cristiano Ronaldo’s future has also been the subject of speculation after a frustrating return to United.

“Of course (he fits into the project),” Ten Hag said, before being pushed on what he will bring to his side. “Ronaldo? Goals! I talk first with Ronaldo before I talk with you.”

Ronaldo’s leadership could be key for United, whose current captain Harry Maguire’s position with the armband has been widely debated. 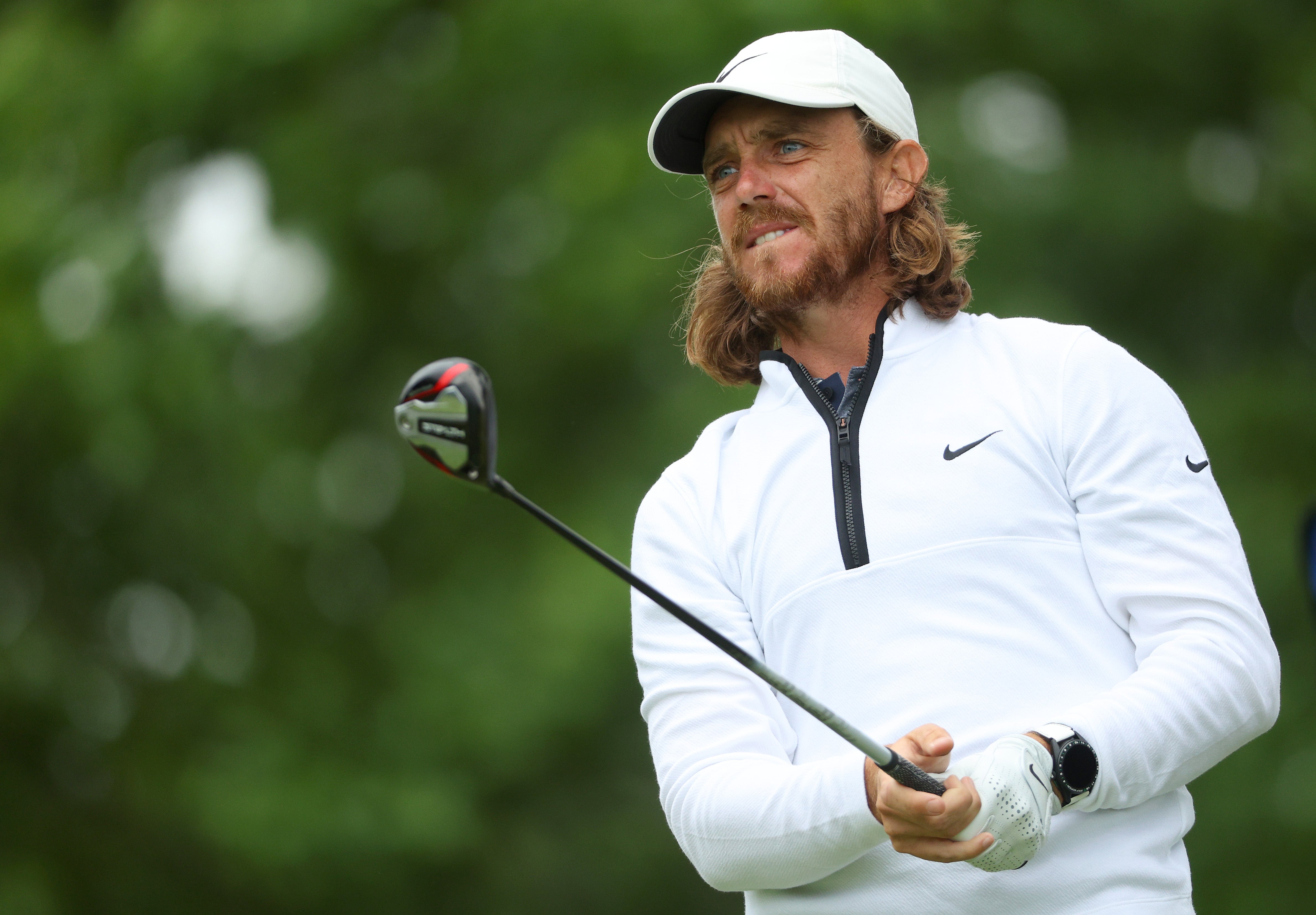 “I have to repeat, next season is a different season but I think he did a great job,” Ten Hag said towards the end of his press conference.

“He is a great player, he already achieved a lot with his contribution to Man United, so I’m looking forward to working with him.”