England’s oldest international Ron Baynham, 92, backs the Three Lions for glory in Euro 2020 final against Italy… but former goalkeeper quips his star-studded 1950s side were better than Gareth Southgate’s men

At just before 8pm on Sunday Ron Baynham, like many of the country, will sit down in front of the television in his living room to watch England in their first final since 1966.

It was more than 10 years before that Baynham, the former Luton goalkeeper, made his three England appearances. He’s 92 now. The passing of Derek Ufton in March means Baynham is now the oldest living England international.

Baynham’s debut in 1955 was, fittingly, a victory over Denmark. There were two goals apiece for Nat Lofthouse and Don Revie on a 5-1 win that day. On Wednesday, in the semi-final, it was Harry Kane who netted the winner. Not without a few held breaths first, mind.

‘When Kane missed the penalty, I thought “oh no”, Baynham tells The Mail on Sunday. ‘But he had the luck with him and he scored. Everyone says how well England have played. I suppose they have. Let’s just hope for the best that they can carry it on.’

Baynham thinks England will. The Luton legend’s mind is as bright as ever, the wit still sharp, the memories clear. Most responses come with a heart chuckle. And he’s confident Gareth Southgate’s side will beat Italy.

‘Oh yes, I would say that I have every confidence they are going to win on Sunday. It is good for football. From what I have seen, they are pretty good. Raheem Sterling was man of the match. He’s a real good player, jeepers! He’s the best England have got at the moment. I wouldn’t say they are as good as in my day though!’

His partner laughs when Baynham said he’d back his side to beat the current crop. Baynham doesn’t think it’s a great England team. Not yet, anyway. Let’s see what happens on Sunday night. 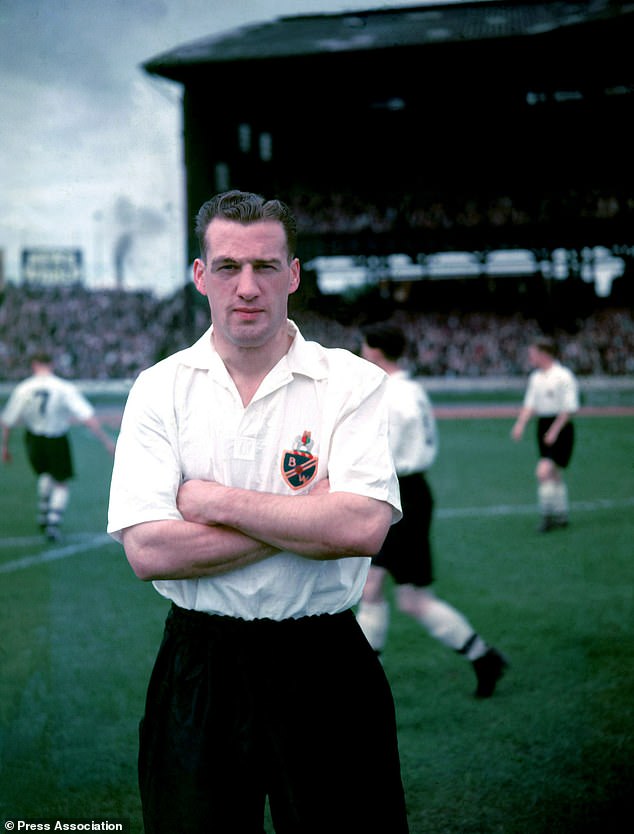 The England squad in which Baynham played did include some of the finest players the country have ever produced. He pauses to pick up a photograph of him alongside that England squad. He reels off some of the names. ‘Tom Finney, Billy Wright, Nat Lofthouse…remember Johnny Haynes!’ Duncan Edwards was part of the squad too.

‘When I look at Harry Kane, I compare him to Nat Lofthouse,’ adds Baynham. ‘I played against Nat a few times. He was a hard player. He knocked me down many a time. Then he’d pick me up and say “how are you mate”. He was a brilliant lad.’

Baynham started playing football for the army, during the war. He was a centre-forward at first, and only went between the sticks following an injury to his team’s goalkeeper. ‘That’s how it all started,’ he says. He came home and refused a trial at Wolves because he didn’t think he was good enough. He had to be persuaded to av for Worcester. When he did, they signed him at once.

He joined Luton in 1951 on £12 a week. Baynham played 434 times for the Hatters, despite fracturing his skull in a collision in 1960, reaching the FA Cup final the year before, only to lose to Nottingham Forest. It’s a result that still annoys him. ‘We shouldn’t have got beat. I don’t know we played so bad. Not one of us that played that well. We had been marvellous in every round before. We beat them 5-1 in the league a few weeks earlier. Over-confidence was was the trouble.’

Baynham’s three caps all came in 1955, selected by Walter Winterbottom. When the Luton Town manager Dally Duncan told him he was being considered for selection, Baynham was having none of it. 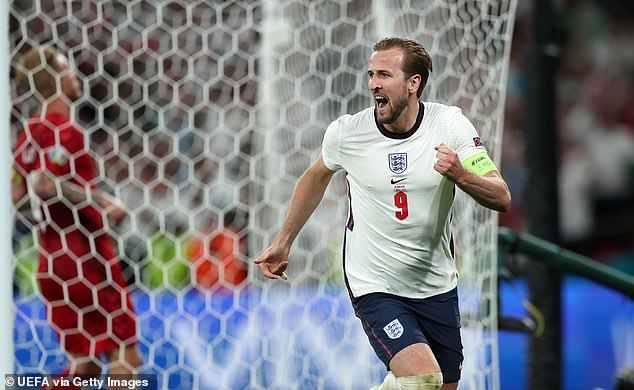 ‘I said “nah, don’t be stupid!” But he was right’. Baynham’s debut was in the 5-1 win in Denmark followed by further wins against Northern Ireland, including a clean sheet, and Spain at Wembley.

For Baynham, there’s no better feeling. ‘You feel on top of the world walking out playing for your own country,’ he says. ‘You feel nervous when you are walking down the tunnel, I believe anyone who says they don’t, but you are proud at the same time. Getting picked for England is the best moment in my career.’

You wonder why, with three wins and a clean sheet to his name, Baynham didn’t earn more caps. ‘Walter Winterbottom was a very good manager, but I don’t think he fancied me. The manager we have got now, he’s played football, he knows what it’s all about.’

Southgate, and his players, are one more game away from glory and immortality. And, ahead of the biggest night of their careers, England’s oldest international has a message for them.