Outside the ground of non-league Curzon Ashton in Ashton-under-Lyne, there is a statue of Sir Geoff Hurst, born in that part of east Manchester and still the only player to score a hat-trick in a men’s World Cup final. To his right is Jimmy Armfield, another member of England’s 1966 squad who also hailed from Tameside. In between them stands a third figure, that of Simone Perrotta.

You may or may not remember Perrotta. Also born in Ashton-under-Lyne, he was part of Marcelo Lippi’s World Cup-winning Italy in 2006, starting in the final at Berlin’s Olympiastadion. He is therefore the last Englishman to win a major international tournament and the second – after Hurst – to do so having been brought kicking and screaming into the world at Tameside General Hospital.

Football was an integral part of the young Simone’s life. His uncle Giovanni set up a Sunday League team in the local area called “Jolly Milan”, both a nod to their Italian heritage and the local pub, the Jolly Carter, where they would change before matches. The family would also visit Old Trafford, as Simone’s aunt Maria told The Independent back in 2006. “He was four or five years old and it was perishing cold. He’d be desperate to get home.”

When he was six years old, the Perrotta family moved back to Italy, where Simone would spend the entirety of his 18-year playing career despite a desire to one day return to his country of birth.

As for the statue, Tameside Council attempted to invite him to appear with Hurst and Armfield at its official unveiling in 2010, but with no luck. Perrotta only learned that he had been immortalised outside a car park in east Manchester seven years later. “It was my uncle who still lives there who told me about it,” he said. “I find it a bit strange nobody else alerted me to the existence of this statue.” 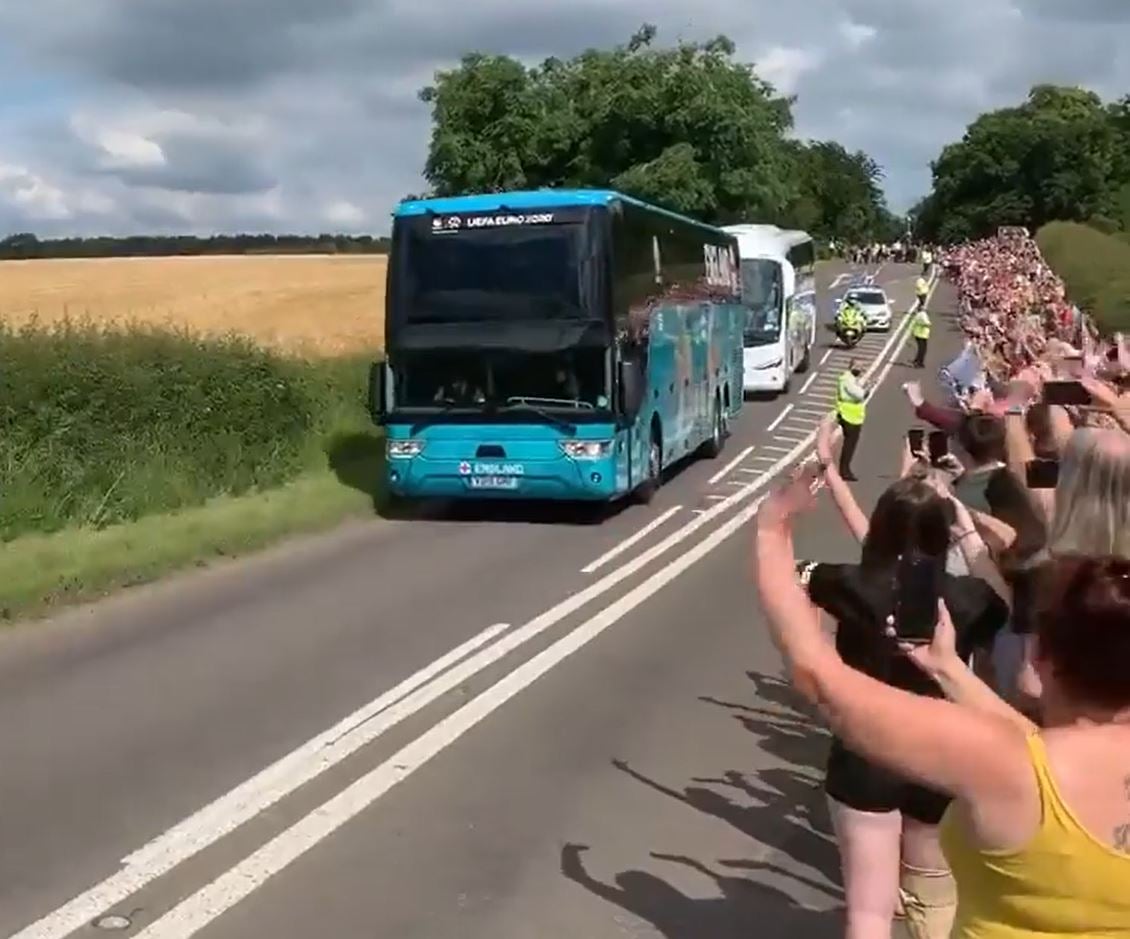 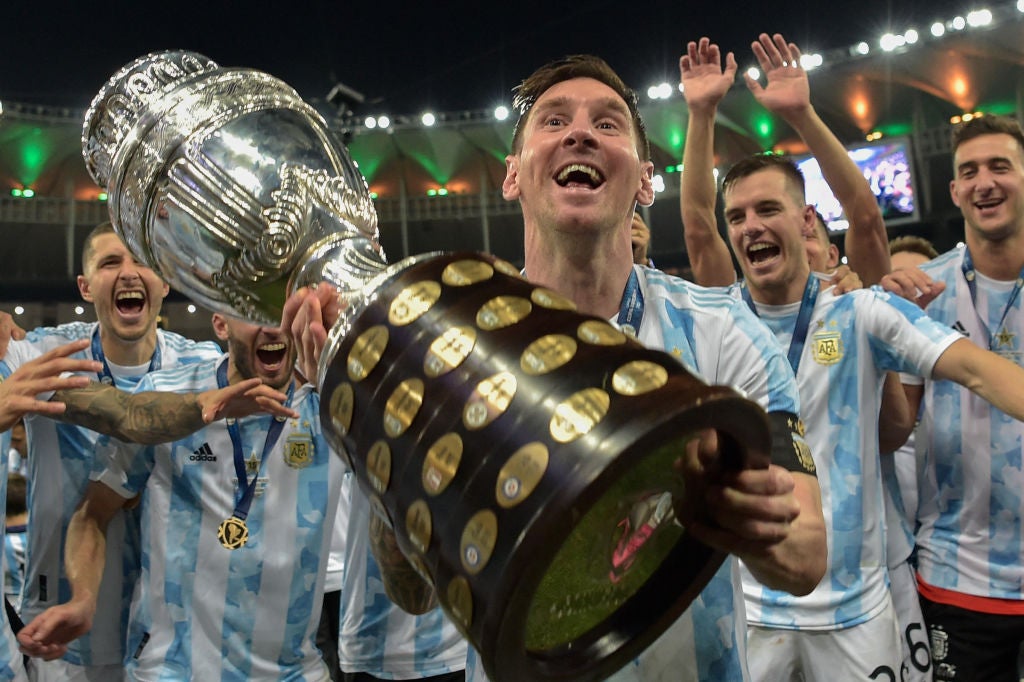 This evening, Perrotta’s claim to being the only Englishman to achieve any sort of success in international football in the last 55 years could finally expire, and only Italy can stop that from happening. Whatever transpires at Wembley, though, his story will still be one of many links between two football cultures who have more in common than many first suspect, and a rich, shared history.

The origins of Italian football are contested but one widely held version of events credits the growth of the game to the employees of British merchant companies operating from port cities on the peninsula’s west coast. Edoardo Bosio, who worked for a textile company based in Nottingham, formed Italy’s very first football club in Turin in 1891 using footballs he brought back with him from England.

Two years later, British consulate officials set up the Genoa Cricket and Football Club – better known today as simply Genoa, Italy’s oldest active club still competing in Serie A 127 years later, and under their original English name rather than Genova – though Italians were not permitted to play at first.

As told in Calcio, John Foot’s seminal history of Italian football, this changed on the insistence of an Englishman and one of Italian football’s founding fathers, James Richardson Spensley. A doctor and Scout leader who hailed from Stoke Newington, he played as Genoa’s goalkeeper and acted as a quasi-manager during their dominant early years of existence, then moved into refereeing and football administration before his death while serving during the First World War.

Spensley was not the only English pioneer. Herbert Kilpin was a business associate of Bosio and, along with his compatriots Alfred Edwards and Samuel Richard Davies, one of the most influential early figures at AC Milan – or the Milan Football and Cricket Club, as it were at the time. And as with Genoa, Milan also continue to use the anglicised spelling of their name rather than Milano.

And while Kilpin and Spensley both acted as something like managers for their respective clubs, another Englishman is recognised as Italian football’s first “mister”. William Garbutt – a 29-year-old from Hazel Grove – became Genoa’s manager in 1912 and would spend the next 15 years in charge of Italy’s “English” team, winning three Scudetti before stints with Roma, Napoli and Milan.

Garbutt’s modernisation of training methods and introduction of a more physical, combative and stereotypically English style of play would be hugely influential. His friend Vittorio Pozzo, the two-time World Cup-winning coach, would later describe him as “the most important man in the history of Italian football”. 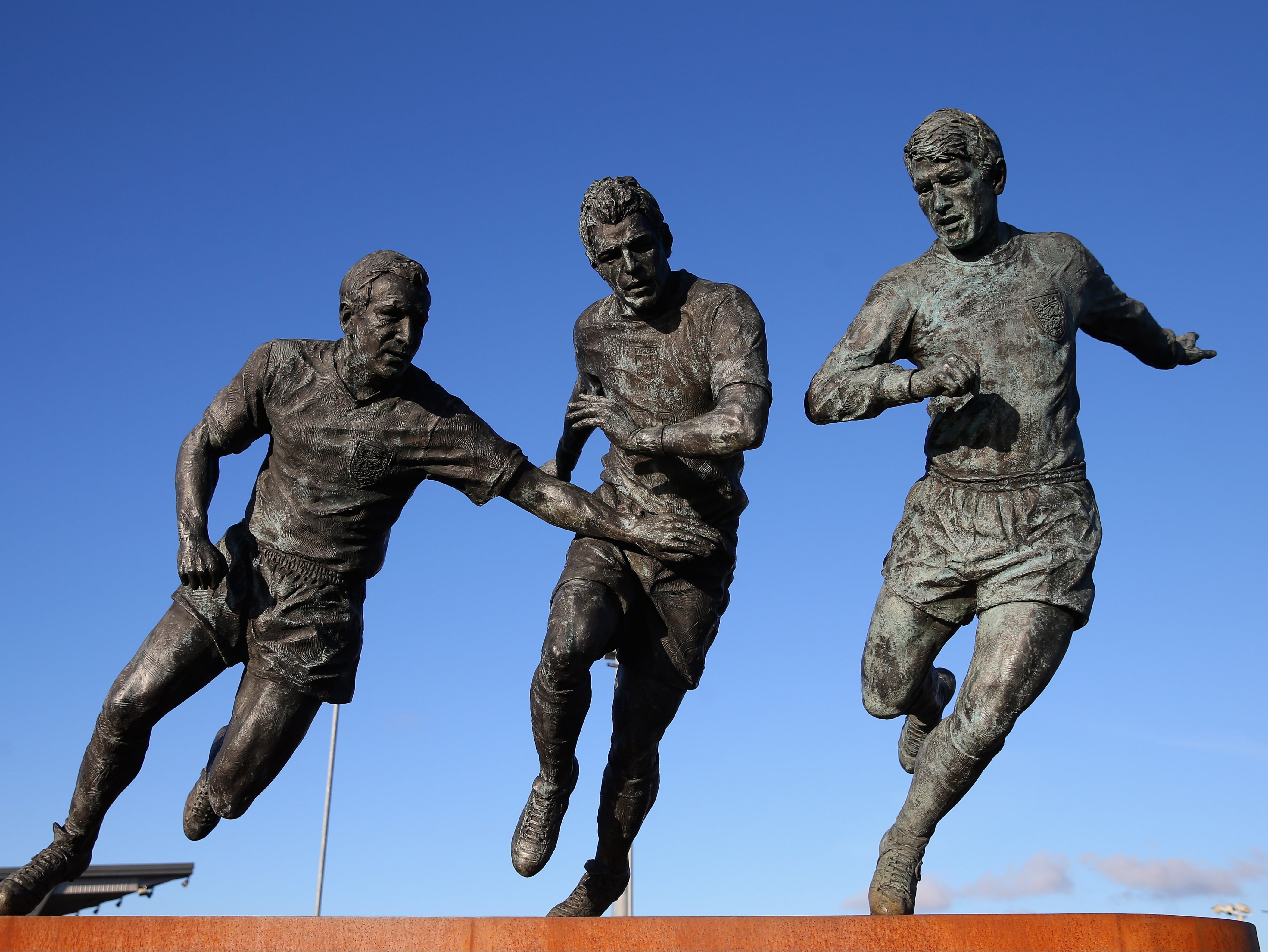 This dynamic – almost one of a teacher-student relationship – led to English football being held in high regard in Italy to the point where England were considered the yardstick for success. “Italy was not able to shake off its inferiority complex until the 1970s,” Foot writes. “England were the best team in the world, the ultimate obstacle to footballing domination.”

Italy failed to beat England in their first eight meetings, spanning a period of 40 years. Even as reigning world champions in 1934, a 3-2 defeat in an ill-tempered friendly was hailed as a glorious failure and moral victory back at home, with the returning players hailed as “the Lions of Highbury”. A 4-0 win in 1947 is regarded as one of England’s most complete performances.

The inferiority complex gradually abated. A 2-0 win in 1973 was followed by a 1-0 victory at Wembley later that year, the only goal scored by Fabio Capello. He, of course, would go on to manage England and is a reminder that after Spensley, Kilpin and Garbutt, the talent did not all flow in one direction.

Given the relatively shallow pool from which England managers are drawn, it is remarkable to think that three of Gareth Southgate’s five predecessors in the job have coached in Serie A and are widely respected within Italy. And though all this history may not appear to have much of a bearing on this evening’s final, you only need to look at Italy’s bench to find an appreciation of the links between the two cultures.

Roberto Mancini’s affection for English football – and Manchester football, in particular – is well-documented. His bond with both Manchester City and the city itself was forged in part by evenings watching Coronation Street to master the local dialect. When he left, he took out a page in the Manchester Evening News to express his gratitude to City’s local supporters.

Then there is Mancini’s assistant and long-time friend Gianluca Vialli, not only a former player and manager of Chelsea, but an unashamed Anglophile too.

Around the time of Italy’s last World Cup success, Vialli co-authored an award-winning book with journalist Gabriele Marcotti titled The Italian Job which explored the relationship between English and Italian football through interviews with leading figures and detailed research, even drilling down into the average rainfall and wind speed in London and Turin, Manchester and Milan.

Vialli’s analysis largely concentrates on the differences between the two football cultures, rather than the similarities or shared history, and is at one point condensed into an analogy about two boxers: Boxer A and Boxer B.

“Boxer A is aggressive and direct,” he writes. “He keeps his gloves low or wide or forward, depending on how he plans to land his next blow. Because that’s what it’s all about: pummelling the opponent. And if he gets hit too, so be it. The ability to withstand punishment is, after all, a mark of pride.”

Boxer B sees things differently, though. “He knows that, as long as he is on his feet and has the necessary energy, he has a chance to deliver the knockout blow,” writes Vialli. “He’s in no rush to win. Staying alive is enough for him. In the meantime, he waits for the right moment: the opponent’s mistake, the one glimpse of daylight that affords him the chance to land his blow.”

While Boxer A is “fearless”, not worried about what his opponent might do and able to live with defeat so long as he gives everything, Boxer B is “insecure”, cannot afford to slip up under any circumstances and feels compelled to meticulously plan his rival’s downfall in order to succeed.

Consider this was written some 15 years ago and it is not difficult to conclude that Boxer A represents English football while Boxer B represents the Italian game. In that respect, it is a window into Vialli’s perceptions of the two footballing nations and perhaps into Italy’s approach at Wembley.

Yet in the increasingly globalised, homogenised arena of elite football, where talent, ideas and resources transcend borders, how much of it is still true? The tables have not turned entirely, but Southgate’s England feels less like Boxer A and more like Boxer B, perhaps more stereotypically Italian than stereotypically English.

There has, in any case, always been much which unites these two footballing cultures, as well as a regular exchange of talent and ideas. It is fitting, in a way, that the last Englishman to win a major international tournament is actually Italian, but then all that could change at Wembley this evening.