Famous faces lend their support to the Lionesses

England captain Leah Williamson delivered a passionate speech after the Lionesses triumphed over Germany to win Euro 2022. Sarina Wiegman’s side left it late to seal victory but Chloe Kelly’s extra-time strike sparked jubilant scenes. After the final whistle, Williamson took the opportunity to talk up what the tournament has done for society as a whole.

“I was told to make every second count because I’ll be living it over and over, and I did that today. The legacy of this tournament is the change in society. We’ve broight people together and got them to games. This is the start of the journey.

“Sorry I’m screaming but I love every one of you. I’m so proud to be English and I’m trying so hard not to swear.”

Williamson’s individual performance was superb at Wembley, stamping her authority on the first-half when she was arguably the best player on the pitch. She dealt with a hear-in-mouth scramble that looked certain to see Germany open the scoring and looked comfortable dribbling out from the back.

The tie was deadlocked until Ella Toone emerged from the bench and made a dart behind the last line of defence. Keira Walsh found her with a stunning ball over the top, and Toone’s chipped finish will go down as one of the tournament’s finest goals.

Lina Magull burst the bubble inside Wembley by equalising with just over 10 minutes to play, and Wiegman had to rally the troops again for extra time in front of a packed out stadium and millions watching at home. In the 110th minute, substitute Kelly popped up to poke home from close range and kick-start scenes of jubilation in London.

Williamson’s post-match speech was just one of the feel-good moments that made the match a terrific spectacle and, according to the Arsenal defender, a potential turning point. Wiegman, who has now won two European Championships on the bounce after doing so with the Netherlands in 2017, was virtually dumbfounded when asked to elaborate on her side’s victory. 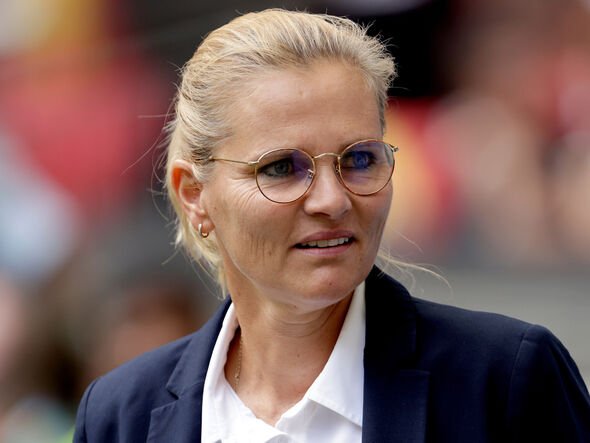 “We won the cup which is unbelievable,” she told the BBC. “I don’t even remember what you asked me but it’s incredible. If you really want to win and become better every day, they want to do it together. We agreed on a couple of things about behaviour. It’s not just words, we lived it.

“This game was so tight. But who cares, we won 2-1 and we’re European champions. I don’t have any secrets. I don’t think I realise what’s going on. I need some time. The trophy is pretty heavy, I know. I’m going to take some nice pictures.”