England’s revenge mission against the USA seemingly fell apart at the SheBelieves Cup opener on Friday, along with any hopes of retaining the trophy they won in Tampa 12 months ago.

Whilst on paper it’s nothing more than an annual invitational tournament, the stakes are much higher for manager Phil Neville who was arguably clinging on to his job less than four months ago after winning just two games in seven since the World Cup semi-final defeat last summer.

He named four changes to the starting XI that featured against the USA on that fateful night in Lyon, though surprisingly Beth England, the FA Women’s Super League joint top scorer (14), wasn’t one of them. And he waited for less than 10 minutes before the end to bring her on despite his side failing to test Alyssa Michele Naeher. 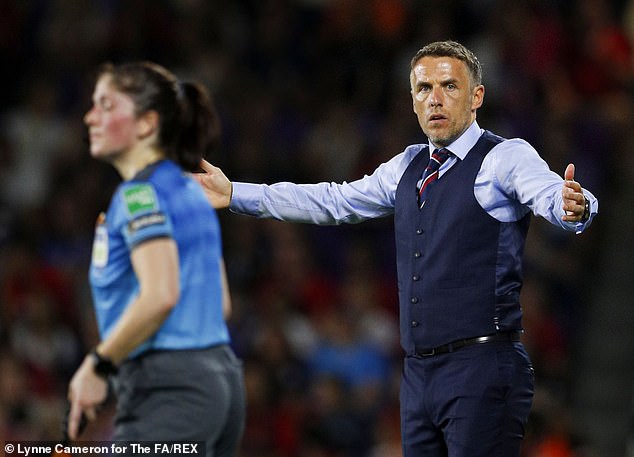 Although in-form Chelsea striker, a self-confessed ‘late bloomer’ having not made it into the senior fold until the age of 25, her family say that given their surname, her call up was ‘written in the stars’. Though she admits the 2019 World Cup came too soon.

‘Obviously, everyone in this position wants to be playing on the biggest stage. But looking back, I’ll probably say it was the right thing. I personally don’t know myself if I was ready,’ said England, admitting she previously saw a psychologist on being loaned out to Liverpool after her doubting her chances of making it.

‘But my job now is just to keep showing why I am good enough and what I can do to hopefully strengthen the team and try and help them push on as far as they can get.’ 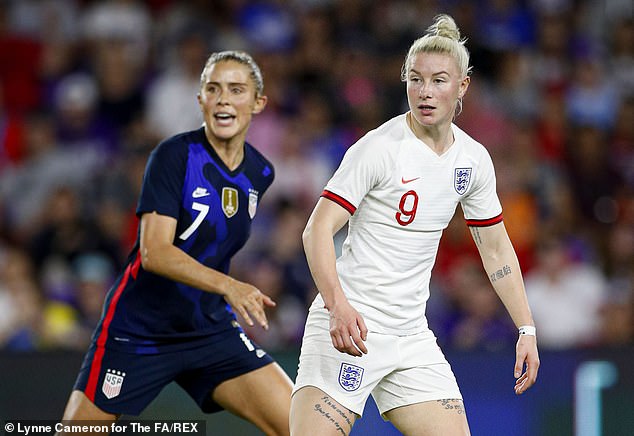 England face 2011 World Cup winners Japan at the Red Bull Arena in Harrison, New Jersey on Sunday knowing they need to pull off a win and a convincing performance, something they have failed to do for eight months, to begin to restore their reputation – and that goes for Neville, too.

But Asako Takakura’s side lost 3-1 to Spain in their opening SheBelieves Cup game in Orlando, and with a home Olympic Games around the corner, they’re also under pressure to show they are going to be capable of winning it, coronavirus permitting.

Luckily for the Lionesses, the expectations are not weighing heavy on England’s shoulders, even if the same can’t be said of her manager.

‘I try not to listen to that as much as I can. At the end of the day it’s a different set of girls [to the ones I play with at Chelsea]. I’m still learning what their strengths are and they are learning mine.’