Sarina Wiegman will be at England’s quarter-final with Spain this evening after recovering from Covid-19.

Wiegman tested positive on Friday and missed the Lionesses 5-0 victory over Northern Ireland but returned a negative test in time to be back on the touchline for tonight’s huge game.

A statement from the FA read: ‘England Head Coach Sarina Wiegman has tested negative for Covid.

‘Wiegman will now return to all elements of her role and will take her place on the bench for tonight’s Quarter Final against Spain at the Brighton & Hove Community Stadium.’

Wiegman had looked bright when she spoke to the press remotely on Tuesday and had said she was hoping to be back in the dugout.

‘I’m good, I’m feeling well, actually ready to go, but still have to wait,’ Wiegman said at a virtual press conference on Tuesday.

‘I wasn’t [feeling] too bad, just a little temperature and a little coughing but not too bad. 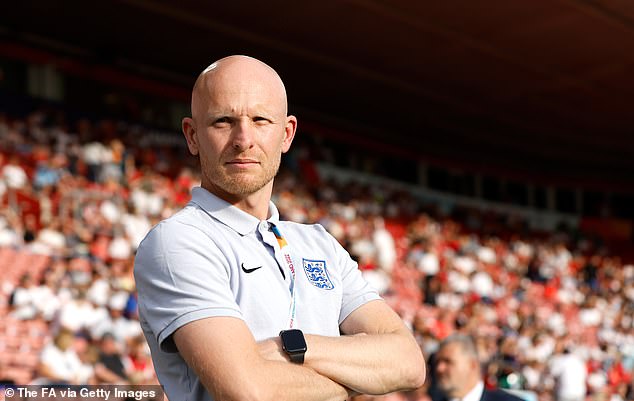 ‘Of course I’m very hopeful [to be at the game] but we’ll see what happens, we do know if I can’t be there I’ll be around in another way.’

Reserve goalkeeper Hannah Hampton also returned a positive test yesterday but England have no plans to further increase the precautions, which they brought in following Wiegman’s positive test. Players are still allowed to visit public spaces but can only meet people who have tested negative.

Wiegman had watched training from a distance with a mask on and has also held virtual meetings. 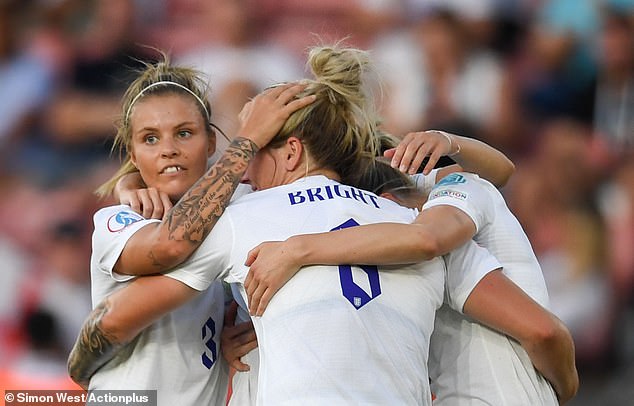 But her presence at tonight’s game will give her players a huge boost, as Leah Williamson admitted on Tuesday.

‘It’ll be a massive, massive bonus for us [if Wiegman is present],’ she said. ‘Sarina’s experience and character speaks for itself, and she’s great at connecting with us.

‘Obviously it’s great to have her influence, and it’s not changed anything in terms of the information that she provides, but naturally having her around the team is a good thing as well.’