Euro 2020: How have England fared against Germany recently?

England may deploy a back three for their Euro 2020 last 16 tie against Germany. Reports from Mirror Sport suggest that Gareth Southgate is yet to make a concrete decision, although he believes a switch-up may be in order based on performances thus far.

Although England progressed from Group D without conceding a single goal, notching just twice across three games is a worry considering the attacking talent at Southgate’s disposal.

With the side struggling for creativity and goals, it is thought that a tactical re-shuffle could ignite the likes of Phil Foden or Harry Kane who failed to hit top gear during the group stages.

With key player Mason Mount still controversially missing through isolation thanks to close contact with Scotland’s Billy Gilmour, now may be the perfect time to switch things up.

Three at the back would match the system of old foes Germany who are sure to be a real handful for the Three Lions, particularly if their 4-2 thrashing of Portugal is anything to go by.

Adding another defensive body would likely make England more of a solid unit, capable of keeping the likes of onrushing Robin Gosens at bay who has proven to be a real threat down the left flank.

Matching their formation and going player-for-player would also render the occasion less of a tactical battle with opposition boss Joachim Low.

In terms of English personnel, Kieran Trippier has experience at right wing-back, while the left side presents a much trickier decision for Southgate.

Luke Shaw has been impressive since entering the fray for the second group stage game against Scotland, but he is generally accustomed to operating on the left side of a back four.

Bukayo Saka, meanwhile, has plenty of previous experience at left wing-back with Arsenal.

He also impressed the national with a man of the match display against Czech Republic, but throwing the teenager in to defend such classy opponents would be a gutsy decision indeed.

Kyle Walker, Harry Maguire and John Stones are the leading candidates to make up the central trio, although that would leave England without a left-footed option.

At face value, adding an extra defender may seem like a step backwards for an already conservative England side. 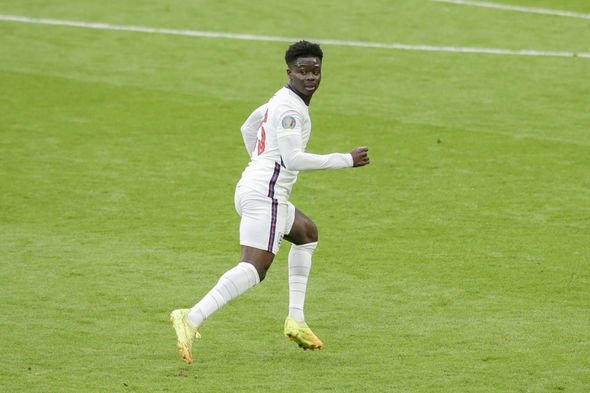 However, the Three Lions played some of their most exciting football in recent memory using the same formation at the 2018 World Cup.

Granted, key players in that tournament like Dele Alli and Jesse Lingard failed to make the cut this time round, but there is no doubt that England have the talent to play to an even greater standard.

As previously mentioned, the decision to switch to a back three is not yet final, but it is on the manager’s mind ahead of their biggest game since their semi-final loss in Russia.