Tottenham have reportedly set their sights on striking a £20million deal for Wolves winger Adama Traore – with Antonio Conte keen to convert the pacy winger into a wing-back.

Conte was lured to north London back in November with the promise of funds to overhaul the current squad.

The Italian is desperate to inject some additional attacking quality into his team this month and believes Traore would be able to provide that in a different role.

According to The Athletic, Conte believes that Traore, who has just 18 months remaining on his current Wolves deal, could be retrained as a wing-back to fit into his system.

Interestingly, Traore isn't the first winger that Conte has tried this approach with. Here, Daily Star Sport takes a look at eight players who have changed positions over the years and how they've got on…

Thierry Henry arrived at Arsenal as a winger, but a tactical tweak from Arsene Wenger helped turn Henry into one of the Premier League's deadliest ever strikers.

Wenger saw Henry's future in a more central role – and despite initial resistance from Henry, who previously revealed that he'd ask Wenger to move him back to the wing, it paid off.

The Frenchman failed to score in his first seven Premier League games before the goals started to flow. The rest, as they say, is history.

Henry went on to become the Gunners' all-time leading scorer after racking up 228 goals during his illustrious career with the club.

Do you think Traore would be a success at Spurs in a wing-back role? Let us know in the comments section. Gareth Bale was snapped up by Tottenham in 2007 to fill their vacant left-back slot. But the Southampton academy graduate's career drastically changed when he was nudged further forward into an attacking role.

After joining the club as a teenager, Bale went on to endure an agonising 24-match winless run before that famous night in the San Siro, where he roasted Brazil full-back Maicon.

Bale, whose stunning form ended him a mega-money transfer to Real Madrid in 2013 for a then world-record fee in excess of £85m, has played in an advanced role ever since that fateful night.

Although he's far from a regular in La Liga right now, Bale has scored a hateful of goals and cemented his status as an icon for the Welsh national team over the past few years.

Conte has form for transforming wingers into wing-backs; which is exactly what he did with Victor Moses at Chelsea.

The ex-Crystal Palace wideman was out of favour and seemingly on his way out from Stamford Bridge when Conte arrived in 2016.

After impressing in pre-season training, Conte set about converting Moses into a new wing-back role.

It proved to be a masterstroke as Moses thrived in his new position and played a pivotal role in Chelsea winning the title in Conte's first year in the Premier League. 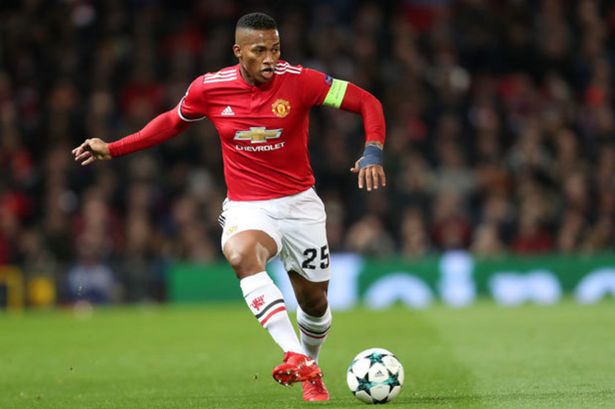 Much like Tottenham are planning to do with Traore, Antonio Valencia was a winger by-trade when he arrived at Old Trafford from Wigan Athletic in a £16m deal.

But he flopped after being handed the iconic number seven shirt.

Fortunately for Valencia, Louis van Gaal's decision to nudge him back into a right-back role saved his United career back in 2015.

The Ecuadorian ace proved to be such a hit in his new role that he remained at Manchester United for another four years and even went on to become the club's captain. Before Vincent Kompany racked up a decade of service and trophies at Manchester City, the Belgian ace admitted that his favourite position was in midfield.

But he rose to prominence as a centre half in the Premier League with City.

Kompany quickly became one of City's key players following his arrival from Anderlecht back in 2008. He went on to skipper the side and lifted the Premier League trophy no less than four times during his illustrious career at the Etihad.

After 11 years of service, Kompany returned to Anderlecht to take on a player-manager role to see out his career. Jamie Carragher played in a variety of defensive roles during his illustrious career at Anfield – but he recently revealed that he began his Reds' career as a striker.

Carragher even revealed that he'd kept former Liverpool team-mate Emile Heskey out of the England side at youth level.

“I was a centre forward until the age of 16, 17. My first game for Liverpool reserves was as a striker." Sergio Ramos may be one of the world's most famous central defenders, but in the early portion of his career, he played almost exclusively at right-back.

During his second full season at Real Madrid, Ramos was nudged into a central role and hasn't looked back since.

Ramos starred at the heart of Real's defence for over 15 years and led the Spanish giants to 22 trophies before he completed an emotional switch to PSG this summer.

Javier Mascherano had undoubted Premier League pedigree after spells with Liverpool and West Ham when he rocked up at Barcelona in 2010 – but it was always going to be a big ask for him to muscle in on a first-team spot ahead of the likes of Andres Iniesta and Xavi.

Instead, the Argentine ace reinvented himself as a central defender to great effect.

Mascherano became an integral part of Barca's defence, racking up over 300 appearances during the twilight years of his career.